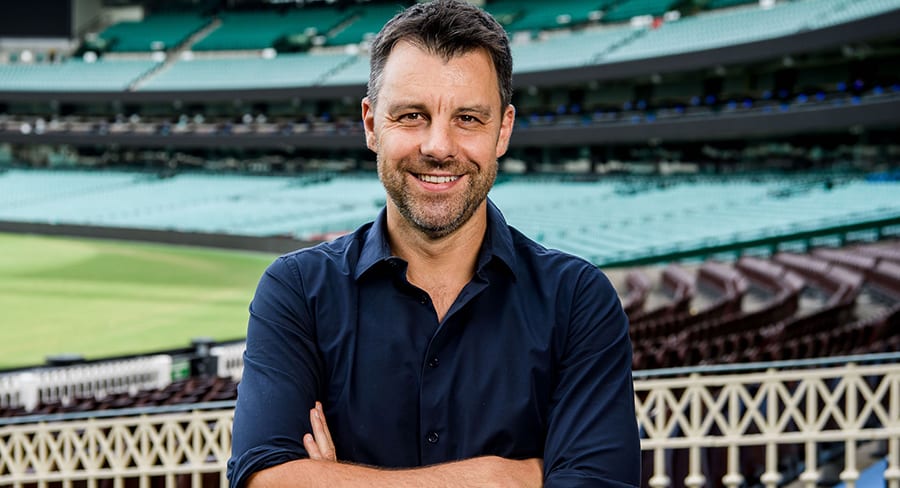 “I went and got an Uber licence because this is a fickle industry.”

There was a time when you couldn’t turn on Triple M Sydney without hearing Dan Ginnane on air. Weekdays, weekends…he was everywhere.

He never actually left the broadcaster, but his workload is now shared between the FM broadcaster and Fox Sports.

“My Triple M contract was up at the end of 2017 and they chose not to renew that contract,” Ginnane told Mediaweek. “That ended my program The Rush Hour, while my other weekly program Dead Set Legends ended the year before. To meet my contract they had me hosting another Saturday show The Weekenders which I hated.”

Triple M wanted to keep Ginnane’s expertise however and signed him on a casual basis. “They wanted me to do NRL commentary. It was quite scary – I used to have job security then all of a sudden I wasn’t sure just how many radio shifts I would be getting, even though they assured me NRL Finals and Origins. I went and got an Uber licence because this is a fickle industry. But I never had to use that licence because I got a job at Fox Sports News just after it moved in alongside Sky News.”

Fox Sports News took Ginnane on fulltime and Triple M continued using him calling two games every week. “It all worked out in the end.”

He found the time at Fox Sports News very instructive given he’d never worked in a TV newsroom before.

During his time at Fox Sports News Ginnane pitched an idea for a debate show The Serve, based loosely on ESPN’s Pardon The Interruption, covering the major sports news topics.

After a time hosting The Serve, Fox Sports TV boss Steve Crawley asked about Ginnane’s interest in calling NRL Games for Fox League. “Soon I was working seven days a week, just a year after thinking I might have been an Uber driver. Seven days a week is a nice problem to have, but by the end of the season I was toast.”

Gus Worland recently launched a refreshed Dead Set Legends on Triple M in the old Saturday timeslot. “I started on that show in 2002 as a producer and started hosting five years later and stayed until 2016. The team – Rabs [Ray Warren], Richard Freedman and I – all had more important jobs, but it was our favourite gig. We lived for Saturday mornings and it was a blow when it ended.”

Ginnane said Warren and Freedman had an offer to take to show elsewhere. “I couldn’t go because I was contracted to Triple M. We almost brought it back in podcast form.

“We now wish Gus, Jude [Bolton] and Del [Wendell Sailor] nothing but the best. Gus sent me a text hoping I was OK with the show starting again. I told him to make the show his, which he has been doing.”

The friendship between Ginnane and Ray Warren was one of the highlights of the old Dead Set Legends. The two still speak often. “I had a long chat with him when there was a story that I had been made an offer to work at Nine. We are still good mates and I know he will never retire. Why wouldn’t he want to keep calling, he is still the benchmark. I would love to work with him again.”

“Whatever he does…he is incredibly charismatic. He’s my best mate and he’s the smartest person I have ever met in the business. His observational talent is incredible at spotting a story and seeing the angles. The number of people in both the TV and political world that ring him for advice is incredible. They ring to pick his brain. You should really ask him about this, but I think he would still love to do breakfast radio again one day.”

Ginnane said all people who start in radio remain radio people. “It is your first love, it is in your blood, it is what you grew up wanting to do.”