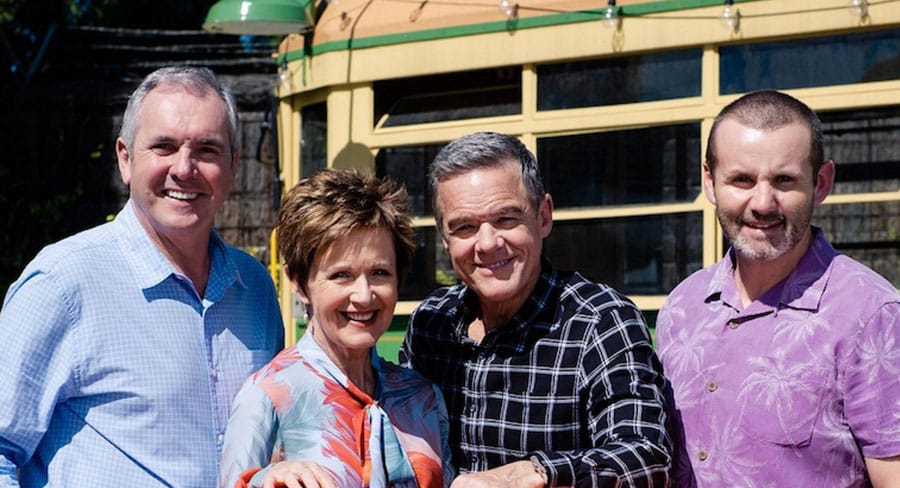 Nine in talks with Discovery over new digital channel Rush

Multiple television sources who spoke on the condition of anonymity said Nine is in advanced discussions with the Maryland-based company about a new channel that is expected to be branded Rush. Discovery’s brands include Discovery Channel, Animal Planet, Science Channel and Discovery Turbo.

The Rush brand was filed in the trademarks register earlier this week under categories including broadcasting, podcasting and television program recording. Sources close to Discovery and Nine stressed that no formal deal has been signed.

Discovery, which runs factual, lifestyle and entertainment content, has a number of existing arrangements in the Australian market.

Back on the box co-hosting breakfast show, Today, Karl Stefanovic is back in the fold in 2020. The polarising TV host makes his debut in The Sydney Power 100 with new wife, Jasmine, who is a successful businesswoman in her own right thanks to her shoe label, Mara & Mine.

The full Sydney Power 100 list will be revealed on Friday. March 13.

A journalist working for The Guardian has accused the media group of not paying him for more than five weeks, reports The Australian’s David Ross.

Russell Jackson, who was previously the deputy sports editor at The Guardian’s Australian operation, said on Wednesday it was “depressing” that he was forced to speak out publicly in a bid to be paid.

Jackson said he had not been paid for five articles he wrote as a freelancer in January.

“Very sorry to say I won’t be writing for The Guardian in the future,’’ he wrote on Twitter. “I made a lot of good friends there, and many people there do great work, but I’ve spent five weeks chasing them to be paid for my work & got nothing.”

The Guardian’s Australian editor, Lenore Taylor, said she had been unaware of this problem but would address it immediately.

“It is unacceptable and I will make sure our processes are fixed,” she said in a tweet. “I do hope you will work for us again some day because you are a fine writer.” Taylor said she would “find out what has gone wrong with our normal payment processes”.

The contested hearing began in November last year, when four women gave evidence behind closed doors about alleged inappropriate behaviour during the time when McLachlan was performing in The Rocky Horror Show in 2014.

The hearing resumed on Tuesday to discuss the admissibility of arguments and evidence.

Prosecutor Lachlan Cameron pointed to the “brazenness of the defendant” in taking part in “unscripted” acts during the performance.

Magistrate Wallington is set to rule on whether he is guilty or not next month.

Defence lawyers will continue to outline their evidence when the hearing resumes in April.

There are worrying signs for Seven in its bid for renewal

Late last year, Seven’s recently installed CEO, James Warburton, conceded that, under the previous administration, the network had been “weak, inward focused, tired and stagnant”. He promised rapid renewal, declaring, “From here on in, we will be fierce”. Seven had stalled and was no longer a robust player in the free-to-air commercial arena. In 2019, for the first time in 12 years, its long-time rival, Nine, claimed victory in the ratings, reports The Age’s Debi Enker.

In addition to novelty shows, Warburton’s campaign to regain supremacy is built on reviving a group of reality TV productions – The Farmer Wants a Wife, Australia’s Got Talent, Big Brother, SAS: Who Dares Wins– revamping House Rules and recycling presenters including Sonia Kruger and Kyle Sandilands. Only the signing of Olympia Valance for Holey Moley and AGT suggests some more imaginative talent-spotting.

While the idea that discarded reality shows might spearhead a recovery is in itself worthy of scrutiny, there are additional worrying signs. There have been reports that the number of episodes commissioned for Plate of Origin (the wonderfully abbreviated POO, which Rebel Wilson might remark is an ideal companion to Pooch Perfect) has been reduced. Confidence in a new food show, set to star former MasterChef judges Matt Preston and Gary Mehigan, might’ve been shaken following the tepid response to MKR.

“It feels like we’re auditioning,” a dazed Ryan Seacrest said on US live television Wednesday morning, before a sea of empty seats, reports The New York Times.

Two hours later, in another bare studio, Whoopi Goldberg sat at a table with her four co-hosts on The View and put it plainly: “For the first time ever, as you can see, if you looked around, we made the decision not to have a studio audience. This is unprecedented.”

As the coronavirus severely disrupts daily life in the United States and limits the number of in-person gatherings being held around the country, it is also affecting an American institution that provides a virtual gathering spot for millions of people: the daytime talk show.

Warner Bros., the producer behind The Ellen DeGeneres Show and The Voice, announced on Tuesday that it would begin screening prospective audience guests to make sure they had not visited the most affected countries – like Italy, South Korea or China – in the last three weeks before it invited them to its studios.

Neighbours cast & crew due to visit UK and Ireland for filming and a 35th anniversary fan event later this month have now been postponed, reports TV Tonight.

Alan Fletcher and Jackie Woodburne were set to travel to Dublin to film scenes for the 10 Peach drama.

“Due to the current coronavirus situation and cautions around international travel, cast who were flying in from Australia will no longer be visiting the UK for the Neighbours 35th anniversary celebrations,” a statement said.

“Whilst this is obviously very disappointing, the wellbeing of all our cast and crew is our utmost priority.

“Filming in Dublin with Alan and Jackie has therefore been cancelled for now. However, we love our UK and Irish audience and will definitely be back in the future.”

Three F1 team members have been placed in isolation and tested for the coronavirus after exhibiting symptoms, casting doubt over the Melbourne Grand Prix, which starts on Thursday and is expected to attract more than 300,000 fans over four days, reports The Australian’s John Stensholt, Damon Johnston and Stephen Lunn.

The team members, two from the Haas team and one from McLaren, were tested on Wednesday, with the results expected to be known on Thursday morning. The team members were returned to their hotels and isolated pending the outcome of the tests.

The virus twist means the grand prix is now in danger of joining other sporting and cultural events around the world that have been cancelled or held behind closed doors.

Hobart’s midwinter arts festival Dark Mofo was cancelled on Wednesday, and there is a risk that within a month NRL and AFL games will be closed to fans.

Fears over exposure to the coronavirus at the grand prix also prompted Australian driver Daniel Ricciardo and his Renault teammate Esteban Ocon to pull out of a media conference at the last minute on Wednesday.

Four AFL clubs took dramatic steps to separate their players from fans at their season launches on Wednesday night as the AFL world went into lockdown over coronavirus fears, report The Australian’s Sam Landsberger, Courtney Walsh and Jay Cark.

Western Bulldog players were banned from mingling with fans at Crown Palladium and the club shut down planned TV interviews. Players were told to arrive 90 minutes after the function began and were whisked out after being presented with their jumper on stage.

Collingwood and St Kilda also overhauled their functions as supporters who had travelled overseas recently or been feeling unwell were offered full refunds and told to not attend.

The AFL has given serious consideration to modifying the entire 2020 season due to the coronavirus outbreak, just eight days out from the round one MCG opener between Carlton and Richmond, reports WA Today’s David Prestipino.

The drastic move has been investigated during high-level talks and was revealed on Nine News Perth on Wednesday evening by ex-Fremantle Dockers captain Matthew Pavlich, who still has close links to the league.

“I’ve spoken to a number of people across the league today and they say that, while the AFL season will go ahead, if there is an escalation in this coronavirus, if there’s a ban on mass gatherings, then there is the distinct possibility that AFL games may be cancelled,” Pavlich reported.

“If players became ill, then there may be the possibility where a number of games may be compressed into a shorter period of time, say over two or three weeks, which would be extraordinary.”

AFL chief executive Gillon McLachlan confirmed on Tuesday that fans could be banned from attending matches if governments or health bodies banned mass public gatherings because of the outbreak.

“If mass gatherings are suspended then we will play games in stadiums with no crowds,” he said.