• Will we see the return fo the Aussie Goes series?

2020 has been a year of change for radio personality Gus Worland who was a breakfast radio fixture for over 10 years with Triple M Sydney but stepped down at the end of 2019 to focus on his charity Gotcha4Life.

However, he hasn’t stayed off the radio waves for long having returned earlier this year with the revival of the Saturday sports show The Dead Set Legends featuring Wendell Sailor and Jude Bolton, and he tells Mediaweek that this is a return to something that is near and dear to his heart- talking sport.

Read More: Turning off the Grill: Gus Worland on life after breakfast radio

The series was produced by Worland’s close friend Hugh Jackman’s production company and was the first time that Worland had ever produced any content. The show ended up taking him from a computer salesman in England to a breakfast radio host in Sydney. 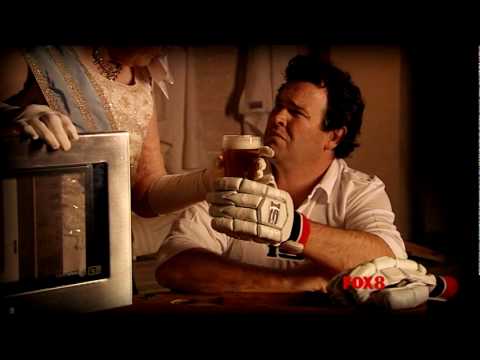 Since then Worland has continued to make content for Foxtel including the Cricket Tragic on Fox Cricket which just wrapped up its second season, but he says that he is still keen to see more possible iterations of the Aussie Goes series.

“Working with Fox Cricket has made me think that we can do Aussie Goes Barmy again, but over in England and I think South Africa and Sri Lanka would be two countries. I also have the idea for an Aussie goes Aussie that looks at all the countries living in Australia and the world of cricket that exists in our country.”

While Worland always has an eye on TV he tells Mediaweek that his current focus is his new radio show Dead Set Legends which launched earlier this year and is scheduled for 42 weeks, and he is looking forward to starting the show in an Olympic year,

“Everyone loves talking about the Olympics and they fall in love with sport every four years, so its the perfect time to bring back a show like this.”

After 10 years at Triple M Worland said that he jumped at the opportunity to stay with the station, especially if it meant that he could  get paid to talk about sport.

“They asked me what would you like to do? I said well what about Dead Set Legends? I never understood why the show was taken off in the first place since it was such a great show, and they said that’s perfect.”

“I knew I had to do doing something for my own mental fitness I couldn’t just do Gotcha4Life, I needed another outlet and weekend radio was perfect.”

When asked about whether we would see The Grill Team again Worland said never say never but he is extremely happy with his new co-hosts and says it feels like it did when he was on The Grill Team,

“They asked me who I wanted to work with and I asked if we could get Dell from the afternoon show, and Jude Bolton is one of my ambassadors and one of the blokes that I truly adore and together they provide the type of balance that we needed. So those where the blokes I wanted and within a week they were signed and I was like it sounds like we have a show, let’s do it.

“It feels like we are building another mini Grill Team again.”