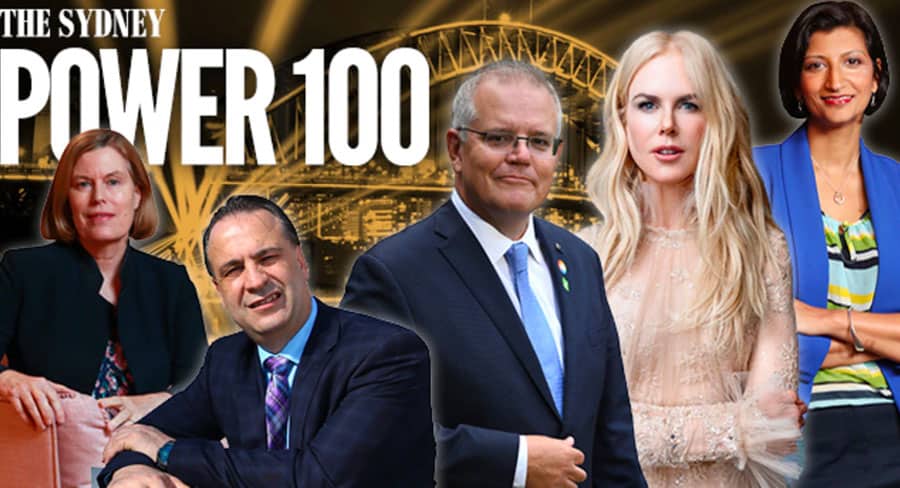 The Daily Telegraph has released their annual Power 100, a list of Sydney’s most powerful people, including media figures.

Sydney’s king of FM radio, Kyle Sandilands, dropped 17 places in the ranking to come in at 84 as part of a ‘power couple’ with John Ibrahim. His on-air partner, Jackie O was left off the list altogether.

On AM radio, last year Alan Jones, Ben Fordham, and Ray Hadley all tied for tenth. This year Fordham and Hadley are still tied, however, Jones has dropped significantly after his retirement from radio.

On screen, one of the biggest jumps this year was for Sonia Kruger who has come in at 38. She makes it a full 57 places above former Nine colleague, Karl Stefanovic.

Despite sliding down the list 12 places, Karl and Jasmine Stefanovic are still one of the most talked about couples in the country. In amongst Karl’s work on The Today Show, the couple welcomed their baby girl Harper last year.

One part of Sydney’s iconic Kyle and Jackie O Show (with the latter not even making the top 100), FM king Kyle Sandilands has tied with his friend and former nightclub owner John Ibrahim for 84th place.

Ranking tenth last year, the iconic broadcaster has since hung up his headphones. The fact that he still comes in the top 50 proves just how influential Alan Jones was and continues to be in the Australian media landscape.

The ABC chair has dropped 13 places this year, in part due to an end-of-year speech where she described commercial news organisations as “skewed”.

In one of the biggest jumps on the list, Sonia Kruger has risen 42 places to land at number 38. This comes after Kruger fronts at least three back-to-back prime time shows – Holey Moley, The Voice, and Big Brother.

Philanthropic billionaire Judith Nielson has risen 22 places for her work in keeping Australian journalism afloat through the Covid-19 pandemic.

The Seven Network executives land on the list for pulling Seven out of decline, with Stokes also picking up a spot on the Queen’s Honours List.

Tying for the tenth position next to Alan Jones last year, Ben Fordham and Ray Hadley have dominated their respective 2GB slots. Ben Fordham stepping into the breakfast position was a gamble for the station, but he kept the show’s number one position in the Sydney market.

Foxtel’s chief executive has renegotiated deals for the network and Kayo, including securing rights to major football codes and cricket.

Just edging out Patrick Delaney to crack the top 20, the Sky News CEO has risen 19 places due to their efforts in informing Australians about the Covid-19 pandemic.

The News Corp executive chairman keeps his eighth position from last year, despite working through a challenging 2020.