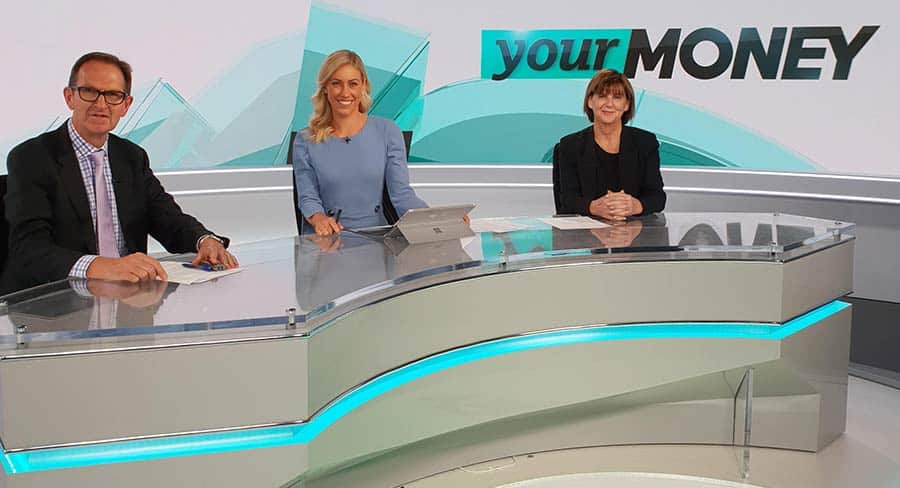 Joan Warner, was a guest on the final Mediaweek TV on Your Money this year.

Commercial radio in Australia managed to grow its revenue in the last financial year, but the sector is not without its challenges – podcasts continue to grow in popularity, and smart home devices make music streaming even easier.

To discuss the year in radio, the CEO of Commercial Radio Australia, Joan Warner, was a guest on the final Mediaweek TV on Your Money this week.

Is it correct to say commercial radio is surviving against digital disruption that has claimed a few media victims?

We not only survive, but we thrive. Radio is the great survivor and thriver, and that’s because we don’t get scared by new challenges.

When social media came in, people would say to me, “With social media, nobody will need radio anymore because they have those personal relationships through social media.”

Instead of looking in trepidation at new developments in technology, radio has thrived, saying, “Okay, how do I make that work for me? And how do I make it a better experience for my consumers, the listeners, through using this new technology?”

How have radio revenues been this year?

In the last financial year there was a 3.9% increase in revenue. That’s our ninth year of increases year-on-year. We would love to have a bigger increase, but we’ve got a bigger increase than many other traditional forms of media. The fact that radio is a very competitive medium within itself makes it better able to compete with other mediums.

Is the back half of the year traditionally a bit stronger?

Next year will be a great year for radio. There’ll be two elections, so that’ll be a very strong first half we believe, in New South Wales and then of course we’ll have the federal election. Radio gets a lot of use from parties and others during elections. I think the first half of next year will be very strong.

What are some of your biggest challenges as we head into 2019?

For commercial radio, one of our biggest challenges is always over regulation. And particularly over regulation in comparison to some of our media competitors. TV and radio are probably the two most highly regulated media communication sectors, we would say. Every time something happens, we seem to get a new code, or a new advertising restriction. We see that as a big challenge, when we have digital competitors who have little or no regulation or restrictions placed on them.

One of your members, Macquarie Media, has a new major shareholder. Does that mean you have a new member?

We welcome Nine into the radio industry, I’m sure they’re very happy to be in our industry. We’ll have to watch and see how that plays out.

You have had a big focus on regional radio with new surveys. Is regional a radio success story?

Regional revenues are up year-on-year as well. Regional broadcasters interestingly get 80% of their revenue, as a rule, from local advertisers, and 20% from national. For regionals, election years are great, because they get some political money coming through. Their secret is they’re so ingrained in their communities. We have 220 regional stations out of our 260 members, so they’re the biggest part of the industry in terms of numbers. They are pretty well immersed in their local communities, they’re there in emergencies, they’re there in disasters. They’ve got the sandbags on the door if there’s a flood coming, and still broadcasting emergency warnings.

Regional radio, because of its live and local content, is going to continue to be a success story.

Your members are very active in podcasting and streaming, was that a defensive move?

No, I don’t think it is, because radio broadcasters have been podcasting for a long time. We all started podcasting way before it became popular, and I guess the next buzzword.

We see it as another opportunity to extend the time our listeners spend with our content.

How much listening is done on DAB+ stations now?

Around 30% of listening is being done on DAB+. We’ve now got 60% of new cars with DAB+, and we are hoping that will increase. We’re expanding into regions, we’ve got regional operators putting their hands up. What we’ve always said is that we have to have DAB+ rolled out around Australia. We are doing an awareness raising campaign with the listeners in the first half of next year. You’ll then see another surge of interest in DAB+.