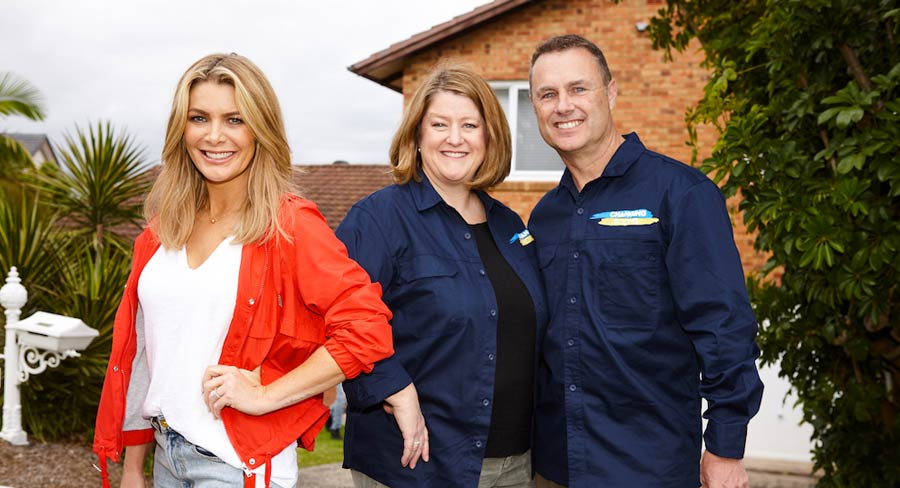 For many Australians who have been watching TV for at least a couple of decades, memories are still strong of the Nine Network’s version of Changing Rooms. Among that audience is Network’s 10’s executive producer on its version of the format, Sarah Thornton.

“I had watched it a lot as a viewer and I feel like I grew up with Changing Rooms in Australia,” Thornton told Mediaweek. “When I moved to the UK 15 years ago the UK version was still on air there and I watched it fairly religiously. “What I love about it is that it combines property with genuine insights into peoples homes and lives, with humour.”

“Lara Hopkins, the Changing Rooms showrunner, and Peter Newman [Endemol Shine chief content officer], have both been all over it.

“The commission was a very quick commission. Between us all we knew we wanted to stay faithful to the show and yet move it on because it was a long time ago since it was on air and television has changed significantly.”

Thornton said 10 and Endemol Shine turned the show around very quickly. “Endemol Shine has created a great homage to the best of the original with a real contemporary feel. That is a combination of new talent and the way we know make television – with back stories and beautifully shot before and after segments.

“The contestants have been cast carefully. It is a lot harder to make TV in a world where the people you are casting are very familiar with what happens on television. The viewers are also more savvy and have more requirements about what the show has to do.

“The bar was set very high for Endemol Shine and they have done a great job.”

The discussion around securing Natalie Bassingthwaighte as host came after 10 commissioned the show, but pretty quickly after, said Thornton.

“We all agreed instantly she was the right person to front the show. For me as an EP that was the moment I started to visual the program as it felt fresh, modern and exciting.

“She brings a real energy to the format.” Endemol Shine has filmed all the series and about half of the episodes have ben delivered as the series launches this week.

10 is giving the couples $20,000 to renovate their rooms, much more than the initial series of course, but smallish perhaps for people who set about renovating their own properties.

Thornton realised this show needed to be different: “One of the things that was important was to make a show that felt distinct from the other renovation shows on air currently. Part of that for me is about it being relatable. I sometimes feel that when I watch renovation shows in Australia that if you are not an Instagram model married to a carpenter then you don’t qualify.

“Watching at home I realise I can’t do what people [on those other shows] do, but I still want to feel like I can make difference to my own home.

“In some ways we were casting for an anti-DIY show and we didn’t want everyone to be an expert. The people we like are people who don’t know what to do with their homes. They can then learn from it as the viewer does.

“The other thing that we tried to do was set a realistic budget that people could afford. We wanted to set an amount that they could still get a great result from, but one that won’t feel out of reach to the average household.

“The $20,000 is to be used across three rooms, but is for materials only. We didn’t get things for free. The designers had to stick to those budgets for materials. We are very transparent about that and list what was spent for what. A lot of the show is repurposing what people have. The designers are super clever about using the builders and the couples to make furniture.

“There are no whites, beiges and neutrals. It is about learning how to express yourself and not be scared about design and colour.”

Thornton said the designers have really put their heart and soul into the renovations and there are definitely some memorable design moments. “People will love the designers and they do a fantastic job. A lot of the time when it feels someone is going to hate a room they actually love it. They can walk into the room and say that is exactly the room I didn’t imagine I was going to have, but I love it.

“That is when Changing Rooms has done its job – when the contestants get something they didn’t expect but it is totally transforming for them in terms of the way they live in their home.”