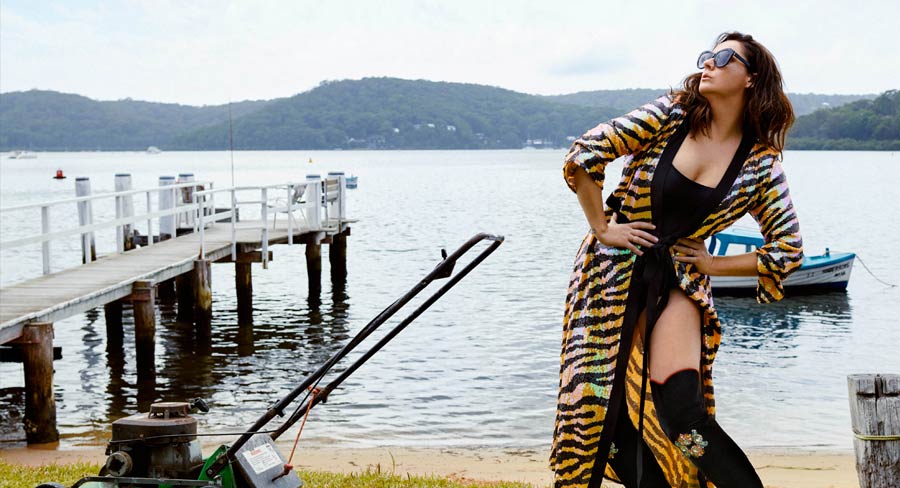 Two years ago the Pacific monthly InStyle had a major redesign, now in its March 2019 issue, on sale from February 14, the title is showing off a relatively minor brand refresh.

“It felt like it was time for another breathe of fresh air,” InStyle editor Emily Taylor told Mediaweek.

“The redesign two years ago worked really well for us after we went to a more simplified format.” “We certainly didn’t want to make huge changes,” said Taylor. “Because what we’ve got is working.”

Amongst the changes is a new display font the InStyle design team has chosen.

“It’s simple, sophisticated and the first time it has been used in Australia,” said Taylor.

She also explained how the format of the magazine has been simplified with four key pillars.

“Style is right at the front and very focussed on shopping which is what our audience really comes to us for.

“Fashion and features is where we promote local talent which is what InStyle is really proud of.

“Beauty and Lifestyle are the remaining pillars, and we have renamed the latter The Life.”

The covers of InStyle used to be reserved for supermodels and more recently movie stars. We asked Taylor if these days the cover star needs a big social following?

“We are re-examining what it means to be a celebrity in 2019. Celebrity is really huge for us and we look at Fashion, Beauty and Lifestyle through the prism of celebrity.

“What we define as celebrity has really changed, even in the four years I have been editor. The main driver of that has been social media.

“Movie stars are used to shift covers and they worked for us. There has been a shift to people with big social media followings – they are not necessarily actors any more. They might be comedians, musicians or models.

“To many people the social media engagement can make them seem more real and accessible.

“What we are finding is that Australians are really resonating now in InStyle. We still rely on Hollywood A-list celebrities to an extent, but we have had covers in the last six months with Lara Worthington, Jesinta Franklin and Jessica Gomes, which we have shot locally that have done really well for us. As well as traditional Hollywood talent.”

That is exciting for both the InStyle team and their readers as they no longer have to rely on a small group of stars rotating on the cover.

The March edition puts into play the new InStyle model with Instagram star Celeste Barber on the cover. “I wanted someone on the cover who was perhaps unexpected, yet who was doing something resonating with the Australian market,” said Taylor.

Barber is not only resonating with just Australians, but globally and InStyle wasn’t able to shoot the cover photo session until Barber returned from a US live tour.

“The more I spoke to people about her, the more I realised they knew who she was. However a lot of people thought she was American because she has such a huge following there.”

Barber’s management was ready for Taylor’s call. Barber mentions InStyle magazine in her new book calling InStyle her favourite magazine. But Taylor hadn’t read it at that stage, although it was on her desk ready.

“It was lovely to be then able to work with her and give her a first fashion magazine cover.”

For the March edition, photographer Hugh Stewart has created a short film, which the title will share across its digital assets and social media.

To coincide with the digital content, InStyle will also be launching a digital design refresh in the next few weeks.

“In 2019 our team works across all platforms and touchpoints with one goal, to create the best content,” said Taylor.