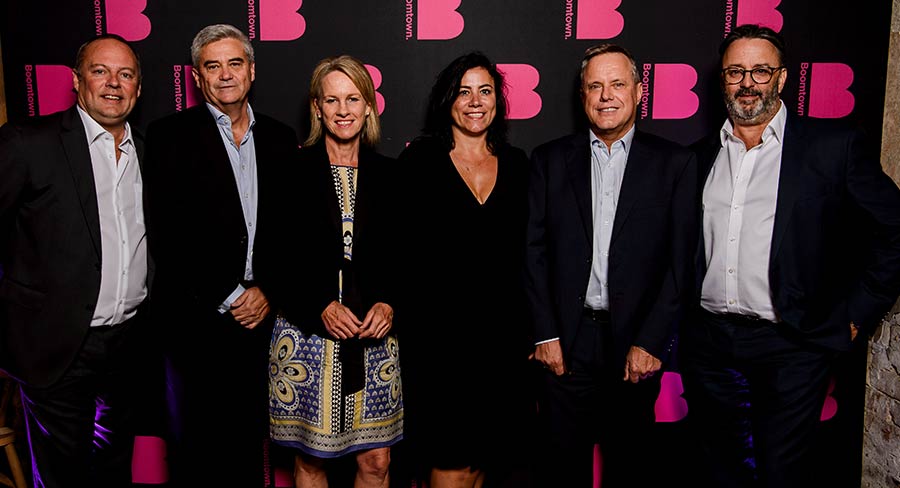 • We wrap up and get ready to depart Boomtown, for now

Day 4, and we are at the end of our journey through Boomtown.

Last Thursday we reported on the official campaign launch and heard about the campaign objectives as Southern Cross Austereo, WIN, Prime Media Group, Australian Community Media, Imparja and Grant Broadcasters invested to grow their share of the advertising pie.

See also: Boomtown architects on strategy: “A soft sell is not going to get it done”

On Monday Mediaweek heard from the four media agency chiefs – John Steedman, Peter Vogel, Ashley Earnshaw and Victor Corones – who supported the launch event, but also revealed some of the hurdles ahead for regional media. Now as we wrap up and get ready to depart Boomtown, for now, we hear from three other Boomtown partners, WIN, Prime Media and Grant Broadcasting.

“The spend in regional is clearly undercooked with 36% of the population attracting 10% of the investment.”

Grant is invested completely in regional Australia part from its JV with Capital Radio at 6iX in Perth.

“The Cameron family is proudly local and are very aware of the issues.” Simpson didn’t think media companies with assets in metro and regional did better than specialist regional operators. “We have always found that the money will follow where the marketer needs to spend. It is very market specific with the marketer picking the cities to target whether it be may be Tamworth, Taree, Toowoomba, Townsville or Cairns. It is not just a matter of ticking regional, they identify markets. If it is one of our markets we will get a call.”

Simpson is a former media buyer (“Many years ago!” he reminded Mediaweek), and he said in his time it was about prioritisation of the money. “What money could they spend, and there is only a finite amount of money available. That is where regional can get knocked off the schedule.

“The challenge for us is to say, ‘You might be knocking us off the schedule, but you are missing an opportunity for a bigger result. By default they put a line through it, but if they took a little bit of money out of Sydney and Melbourne they could get a pretty decent schedule in a couple of big regional markets and make a big impact.” Simpson said he would like to see money from the grocery brands. “The traditional grocery brands like Nestlé and others. They used to be top 10 advertisers. But they aren’t any more. They tend to be very prescriptive where they spend and that’s where we see a big opportunity. Finance is another one. We have had some amazing success with financial institutions, yet others in the same space won’t spend a cent.”

“This is a bit overdue, but the time is right to do it now,” said group general manager of sales & marketing at Prime Media, Dave Walker. Walker said he thought new money could be tipped into nearly all sectors. “There are lot of gaps across the board. A lot of FMCG don’t invest in some of our regional markets. Car manufacturers are very strong in regional markets, which is good. Supermarkets are strong, some of the banking sector isn’t that strong. That is a little disappointing as sometimes we are left off the schedule or first off the schedule. There are opportunities around banking, particularly the challenges the banking sector have got. They have a lot of customers in regional markets.”

When asked where the money might drop off sometimes in regional Australia, Walker pointed to WA. “That is sometimes left off the schedule for no great reason because there are pockets of WA that have had their challenges, but the economy has evened out and we are starting to see some growth.”

Prime has traditionally been strongest in northern and southern New South Wales, servicing some communities for over 50 years.

“We are absolutely a proud partner of this initiative,” the national sales director of WIN Television Matthew Evans told Mediaweek. He was at the launch event with WIN Corporation executive Andrew Gordon. They are both Australian media royalty, making significant contributions, entering media after their fathers made a mark. Evans father is former TV executive David Evans who worked internationally for BSkyB, Fox and then Hallmark before joining the board of Fairfax Media. Andrew of course is the son of WIN Corp founder and media investor Bruce Gordon. Evans continued: “The ability for all of these people to come together is fantastic. The disparity between 36% of the population living in regional Australia and advertisers spending 10% of their investment is just ridiculous. Any of the captains of this industry would agree this has been a problem for a long, long time. Regional Australia is often portrayed as the poor cousin. The reality is if you have a client like Colgate, 36% of their volume is going to come from regional Australia.

“Our challenge is to illustrate that issue to everyone and try and get people thinking about it. It is also about creating some competition. If someone goes there and spends some money, then the competitor will go there too.”

Regarding how much regional media would like to see the ad spend climb to, Evans said; “In real terms if we went from 10% to 12% we are up 20% and that would be a good year. It would make a big difference. But that should creep even higher over the years. What the number is would be hard to predict. It won’t probably be 36%, but anything higher than where we are now is a good start.

“What we should recognise is that 35% of our money comes from local businesses. And 65% comes from national businesses. I have Beaurepaires in Bendigo booking their own activity plus all sorts of local franchises who are in that space.”

Evans remembered back to the last big marketing push from the TV players with the Regional TV Marketing run by Brian Hogan. “He did a terrific job, but with pressures from budgets it was decided to dismantle it a few years ago.”

Evans noted that some of the younger product managers don’t even understand what regional TV is. Unless there is someone out there telling them they are not going to know.

WIN’s traditional stronghold is Wollongong and the south coast. Evans said sometimes the spend is greater in that area, but that hasn’t happened much since the days pre-aggregation. “Generally on a national basis people are buying around the country. We are strong around the country and in some markets represent several stations.

“The biggest challenge is explaining to media buyers about Boomtown and that it is booming. The reality is that 46% of people 25-54 work in white collar jobs. People in Boomtown spend more at Woolworth’s than they do in Sydney.”

Evans said national clients who buy their own media tend to spend more in regional markets.

About excuses some advertisers might have about underspending in regional, Evans shot back: “There are no excuses…none at all. If you are looking after a client’s business, your job is to sell more product for them. That makes this one a no-brainer. Spend that bit of extra money and get more bang for your buck. And you will also make some more money for your client.”