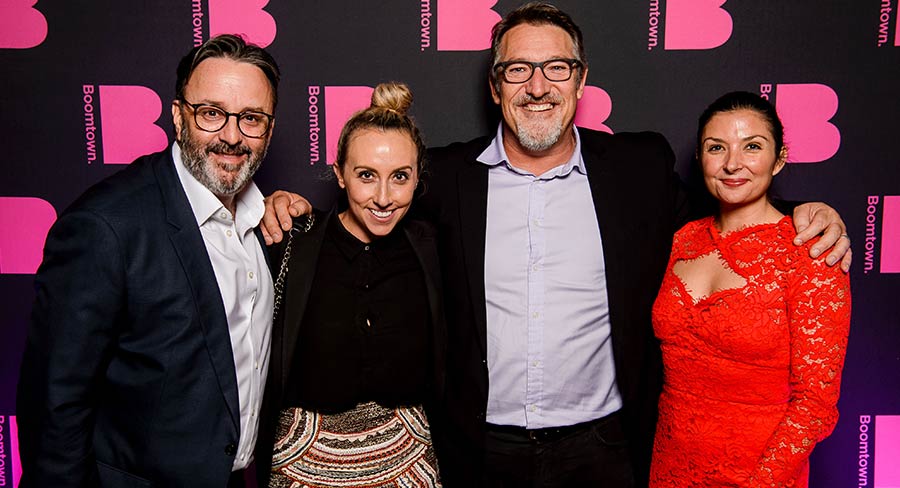 • “We encourage our strategists and buyers to think positively about regional”

The consortium of broadcasters and publishers behind the Boomtown regional media initiative are off to a good start. They are already making inroads into agency-land finding some very receptive agency executives.

Mediaweek last week spoke to four agency heads who commented on the likely outcome of the campaign and what needs to happen next.

“The regional markets have been underinvested in by national advertisers for some time. If you look at the disposable income out there, which is skewed to older demographics, they have lots of money to spend and that is what a lot of marketers are missing out on.” Steadman said he hoped there would be a change in the way monies are allocated in future after the Boomtown campaign visits agencies to present its case. “It depends obviously how it is sold into agencies. We would certainly encourage our strategists and buyers to think more positively about the opportunities that exist in regional markets and on sell that to the clients.”

As to the CPM benefits to advertisers increasing their regional spend, Steadman noted: “It depends on how good a negotiator you are. GroupM is fantastic at that I understand.”

Steadman is the past was a media planner buyer running the Kellogg’s account. “They valued the regional markets and spent significant amounts of money, and I’m sure that’s probably still the case,” he told Mediaweek.

When asked why advertisers were not spending enough in regional Australia, Wavemaker’s CEO Peter Vogel said, “We are on it!”

He added: “Boomtown is a great concept and a wonderful initiative. It really resonates with a lot of clients. Everyone is talking about going from macro to micro targeting, and the money is out there. Clients desperately need growth and they need to focus on more discreet areas to generate that growth.

“The money is certainly in some of the regional towns and it is a good place to go looking.”

As to where additional regional adspend could come from, Vogel said: “Firstly, and depending on what client it might be, you look at where you are under-indexing. And where the opportunity is for you. The good thing is you can target it quite specifically and in quite an addressable way so you don’t just have to go blanket regional.

“You can look where you need the uplift and that is what marketers are doing more and more. Even in metro areas they are also examining where they are under-indexing and where the opportunity is.”

Vogel agreed in part with Brian Gallagher’s comments in Mediaweek last week that maybe some digital adspend could be re-targeted to regional. “Unless you are using digital in a very targeted way, you can get a lot of wastage. There may well be some of that digital money redirected.”

Wavemaker knows a thing or two about regional markets – as well as being SCA’s media agency, it also handles the New South Wales and South Australia government accounts. “We are very familiar with regional and we use a lot of it. We also look after Vodafone and as the NBN rolls out into regional areas there is a huge opportunity. We also work with Mitsubishi where SUVs and utes are very relevant in regional markets.”

“The data doesn’t lie,” responded Amplifi’s chief investment officer Ashley Earnshaw about the ad underspend on nearly nine million Australians. “Now we are getting a unified view of the benefits of the regional markets. For too long they have been undersold. Coming together like this is what the industry needs to give a counterpoint from some of the information we are getting through the national press.”

Earnshaw said the days of regional being harder to buy aren’t over yet. “There is still less automation in the regional space. There is a gap between the population and the investment and that is something that needs to be looked at.”

What about clients who instruct agencies for cap city media buys? “It is our job to educate clients and give them up-to-date information. It is the job of the team behind Boomtown to both work with agencies and go out and see clients. It is a competitive space and clients needs balanced information whether it comes from the agencies or from the team behind the initiative.”

Earnshaw spoke about the launch and the video sizzle reel. “I felt like I would go to the launch and not be too surprised, but you still take a step back when you see it visually with the data points. You can’t deny the opportunity and the amount of wealth in regional Australia. It is an impressive first start and I look forward to seeing more.”

The chief investment officer, Mediabrands, Victor Corones, told Mediaweek: “I do in part have some sympathy for what the media companies are telling us about regional, because I grew up in the country. I don’t want to overlook a significant part of the community and local media is pretty critical if you want to get full coverage. If you want that connection you do need to leverage local TV, radio and newspapers to get the connection with consumers in the regional market.”

As to why is there can be a smaller proportional regional media spend, Corones said: “It comes back to client’s priorities. A lot of it is driven by a client’s own objectives and their sales targets. A lot of their business and visibility is centred around metropolitan markets. The price of media is considerably cheaper in regional than it is in metro as well. TV could be as much as 20-30% cheaper than the metro markets.

“Some clients with limited budgets have to prioritise, so where can they get the biggest bang for their buck? There seems to be a big opportunity to look at that and go, ‘Actually, because your budget can go further in regional markets you could actually get a better result.’

“You need to look at that on a case-by-case basis as some clients don’t have distribution fully in regional areas. There are a multitude of considerations before you put regional on the schedule.

“There is more work to be done to make regional media an easier buy to streamline and automate the processes. I do feel the industry is coming together and trying to pull in that direction. Everybody seems to recognise the importance of reducing friction and making it as easy as possible to execute. But we are still trading the same way as we have for ever and that is getting harder and harder.”