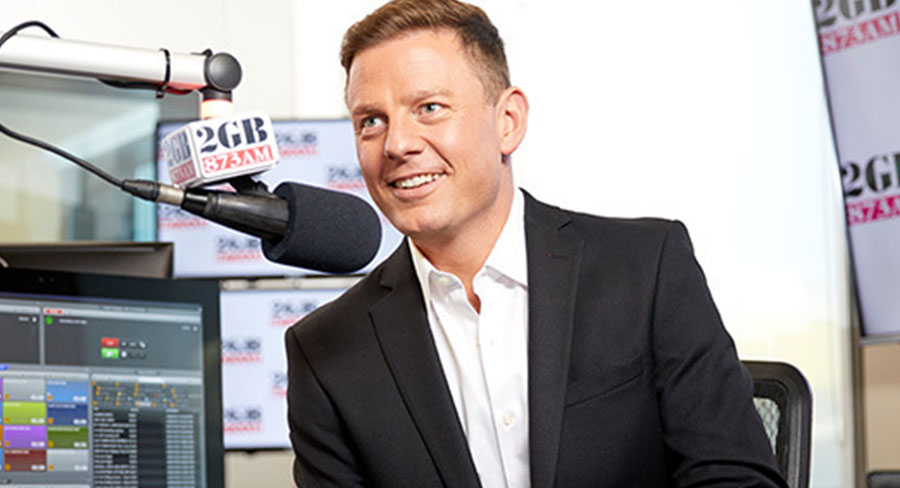 2GB breakfast announcer Ben Fordham has finalised his new contract with Nine Radio, but it only happened in the past few days. It is a critical time for the Nine Radio business with new breakfast teams at all three of its east coast talk stations within the space of a couple of months.

In Sydney the new Ben Fordham Live breakfast show is getting primetime ads on the Nine Network. The first survey period in several months starts next weekend and the eventual release of the first 2GB breakfast ratings will be examined forensically by the media and advertisers. The last breakfast survey, before the Covid ratings break, saw 2GB with 17.9% of the Sydney breakfast audience.

The former 2GB drive announcer was a reluctant breakfast host, at first. “When I was first asked to do breakfast I said ‘No’,” Fordham told Mediaweek.

“And I think I said that about six more times. I was a bit scared to taking it on. If I am perfectly honest I was terrified. I always promised myself I would never be dopey enough to step into the shoes of Alan Jones. He has been a powerhouse for decades. Pity the poor fool who is sent into bat after Jones. When it was offered to me I said no and kept saying no.

“In the end I had people around me who were saying ‘Yes.’ Including [Nine head of radio] Tom Malone who is the guy who offered me the job. He’s someone whose opinion I respect sincerely. He convinced me that this was going to be a smart move. I had my wife [Seven’s Jodie Speers], my mum, my brother [talent manager Nick Fordham] and my sister all saying to me ‘You are crazy…this is a huge opportunity and you should be taking it.’

“In the end I had to go and see [Nine CEO] Hugh Marks about it because he wanted to eyeball me and make sure that I wasn’t all of a sudden going to change my mind and not do it. I told my wife Jodie that I had a day before my meeting with Hugh to pull the pin on the decision to take it. The meeting came and went and after that there was no turning back.” 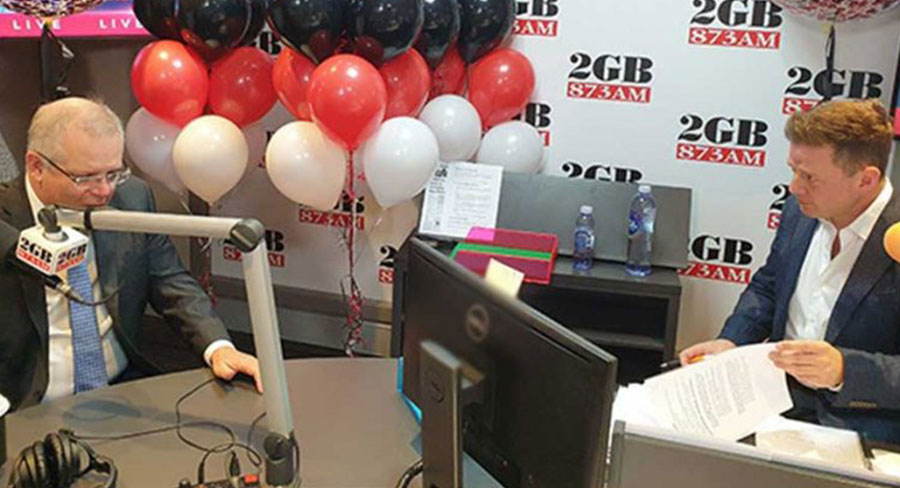 Regarding reports that Fordham moved to breakfast before signing a new radio contract, he explained:

“I said to Tom Malone that it was enough to take on board initially that I was even taking over the breakfast program. ‘I don’t think we need to worry about that right now, let’s just shake hands and we will sort out the detail later.’ We have now sorted that out as of the past few days when I signed my contract.”

Fordham told Mediaweek he hopes a lot of his drive audience will come with him to the new daypart, while he is also hoping to keep as many of Jones’ breakfast listeners as he possibly can. “You can’t force feed people. They will either like what they are being served or they won’t. Some will stay, some won’t and there’s nothing I can do about that. I respect everyone’s personal choice.”

Fordham reads notes on air from former Jones listeners who have stayed on, praising the new show. “I have been blown away by the positivity from the audience. One of the reasons they have been so positive is that they know Alan is not coming back. I don’t kid myself for a moment, a lot of people would have been hoping to listen to Alan for the rest of their lives. They heard from Alan though that he had health concerns, had doctor’s warnings and that it was right to reduce his radio responsibilities. That made a difference.

“Most reasonable people give people a break, a fair go, a chance. No one has been dwelling too much on Alan because they knew he wasn’t returning. He wasn’t on holidays or sick leave this time.” 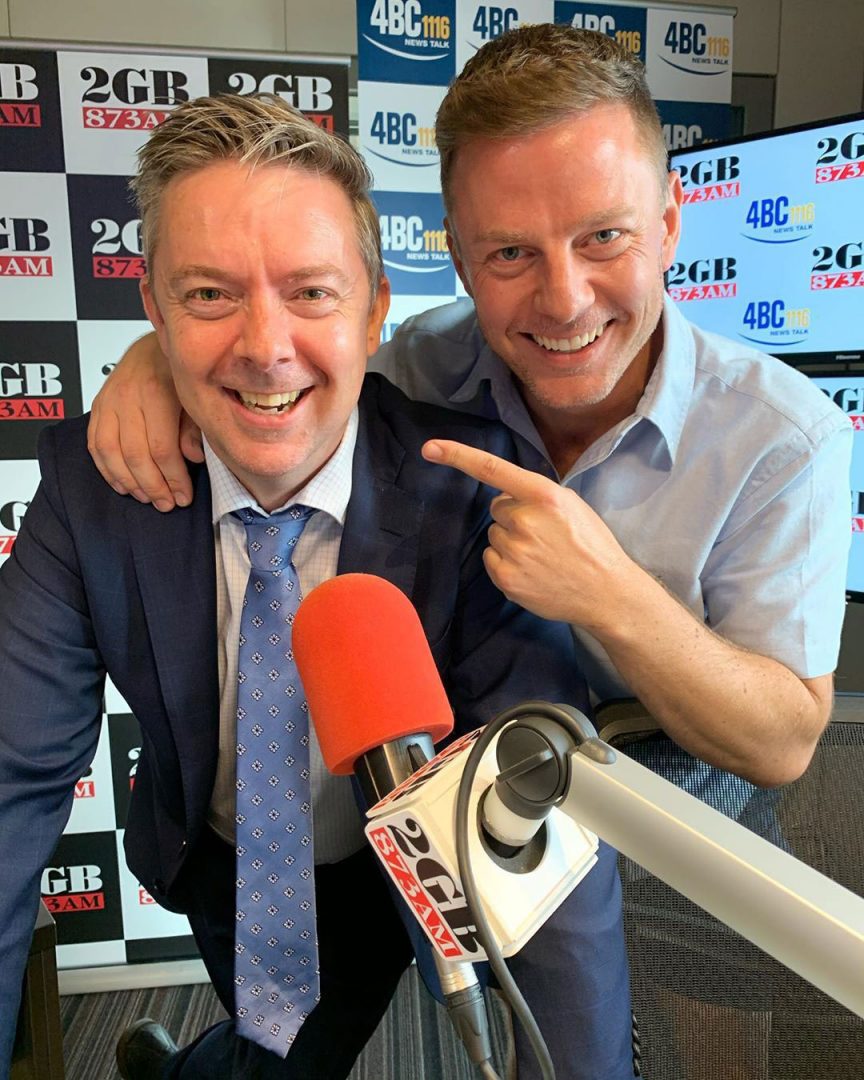 Ask Fordham if his audience in drive was much younger than Jones’ in breakfast and he’ll tell you he’s not aware of the demos. His drive listeners did sound a lot younger than the calls breakfast used to get though.

“I don’t spend too much time focussing on those sort of things. I’m told I brought a younger audience to 2GB. But I’d be lying if I said I’d sat down and studied spreadsheets.

The change to breakfast has brought some significant changes to the Fordham’s household. Ben’s wife Jodie is about to resume her early starts as Seven’s 5am newsreader after maternity leave following the birth of the family’s third child. “That means we need to find someone to come into our place at 3am every morning.”

Incredibly Fordham thinks he has found the person for that task during a visit to his local Bunnings store. “A woman called Pamela, a charismatic grandmother who had been a nanny, introduced herself to me to have a chat. I asked for her phone number and we now have a meeting with her this week about taking on that role.

“The benefit for me at home now is that I get to pick the kids up from school, something I never got to do before. There is more work and more pressure, but a couple of months in we seem to be handling it ok. I feel a bit guilty about the extra pressure it has placed on Jodie and the family.”

All of the former 2GB drive team including executive producer Zac McLean moved to breakfast with their host. Fordham: “I have a team who have been with me for a number of years on the drive show. I made it a condition of the job that everyone on that team would have the opportunity to come with if I moved shows. I wouldn’t have felt the same level of confidence and comfort if I didn’t have my team with me.

“It also means that when I am feeling like I am running out of steam, we can help out each other. We have all made the switch and we have all got the alarm clocks out.”

Fordham said everyone is coping with the early starts. “I have struggled a couple of days where I haven’t felt myself. I then realised it was about having the right attitude. When you have that the show sounds good. On days when you don’t the show suffers and we can’t afford to do that at that time of day.”

In the past 2GB’s Ben Fordham was an unlikely guest at times on The Kyle and Jackie Show. However, something happened, and Sandilands unloaded on air on Sydney’s newest breakfast radio host when he got the Alan Jones’ job. Fordham surprisingly said he was happy to get comments from radio colleagues.

“I am very lucky that there are people out there willing to give me a hand,” chuckled Fordham. “If people on other radio stations are happy to give me some free publicity to promote 2GB breakfast I graciously accept. Sometimes people may sound like they are saying nasty things when in fact they are trying to help. Trying to publicise, trying to bring attention to Ben Fordham Live, Sydney’s best breakfast. If there are some high profile people who have gone out of their way to give me a helping hand, then all I can say to them is ‘think you’.

“Whenever anyone has done that I have offered personal thanks and I am happy to offer public thanks right now.”