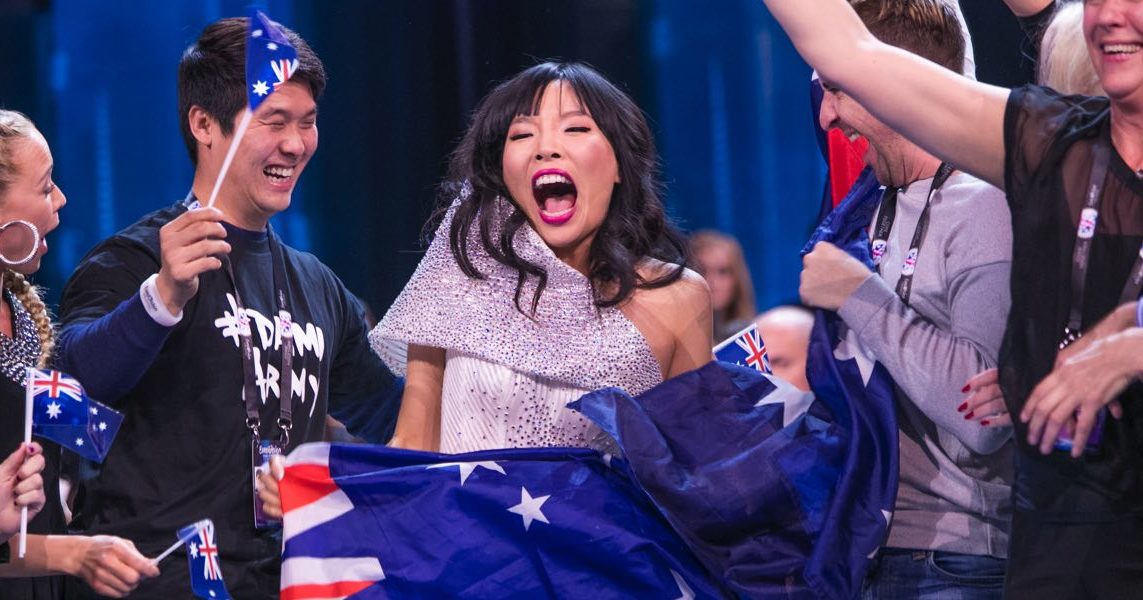 “The Greatest Song Contest on Earth…is coming to Asia!”

Is Australia about to lose its spot on the Eurovision stage and be moved to Eurovision Asia?

It seems the dream of a song contest across Asia is coming to life with the launch of Eurovision Asia.

At the weekend a promo video was launched to promote the new venture which featured a brief appearance from former Australian Eurovision contestant Dami Im.

“The Greatest Song Contest on Earth…is coming to Asia!” says the promotional material accompanying the video.

“With its brilliant pop stars, its glamorous fashion, and a huge passion for pop music, Asia and Eurovision are made for each other.

“We are in development to make this exciting international song contest happen, and we need your help!”

The organiser of the new contest is the European Broadcasting Union (EBU) and it is asking people to go online via the hashtag #EurovisionAsia to share thoughts about who they would like to see perform onstage during the new contest.

Details are scarce about the new event so far, although the EBU is promising:

We are taking the biggest live televised music show – Eurovision – to the biggest music audience in the world. Countries from the Asia-Pacific region will be able to compete in their own version of the Eurovision Song Contest for the first time.

Each country will showcase their songwriting and performing talent to Asia and the world and compete to be crowned the winner of the first ever Eurovision Asia Song Contest.

Roadshow Films is involved in the new concept after acquiring 50% of Paul Clarke‘s Blink TV earlier this year. SBS Australia is expected to be the broadcaster of Eurovision Asia in Australia with Sydney a possible candidate for the first year which could be as soon as 2018. There has also been speculation the first event could be held in Singapore in July 2018.

SBS has confirmed it has signed an exclusive option with the European Broadcasting Union alongside production partner Blink TV to look at how the format could work for Asia.

SBS added organisers say they are in the development phase and examining ways to bring the competition to Asia.

In a statement, SBS said: “SBS and Blink TV are continuing to explore and develop the exciting opportunity to bring a world class event like Eurovision closer to our shores.

“As discussions continue with potential partners across the Asia region, we are now engaging with both the passionate Eurovision and Asian pop fan communities for their input in shaping this event.”