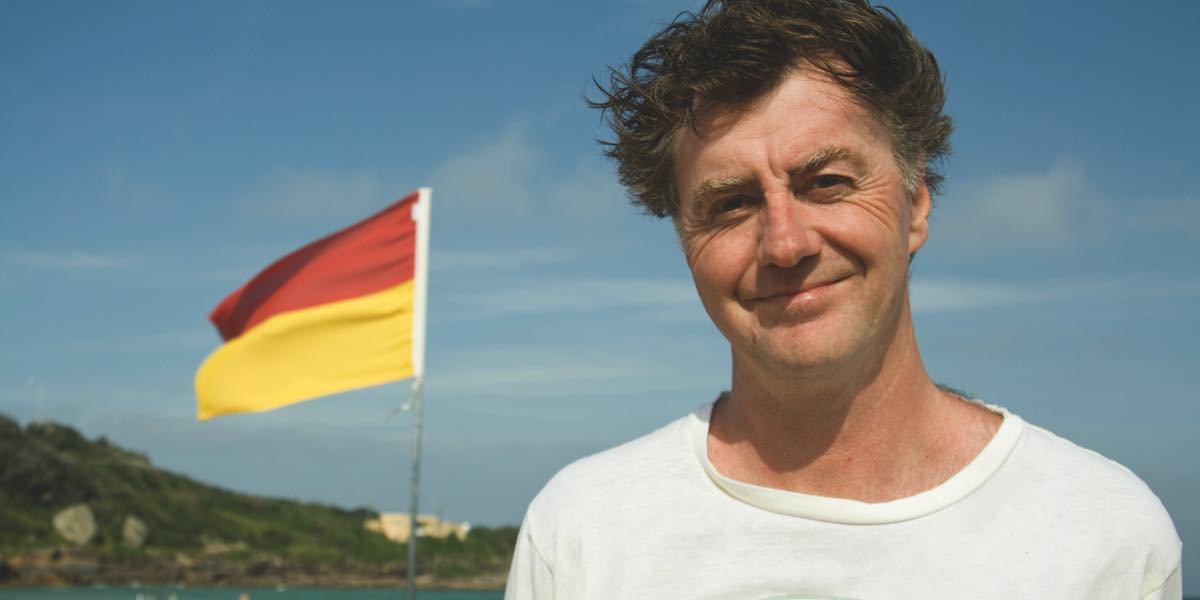 The busy TV producer Paul Clarke spends a fair bit of time out of Australia, particularly at this time of year in the lead-up to Eurovision. However, Mediaweek spent some time with him recently at the company’s HQ in an idyllic part of Sydney just a short stone’s throw from Sydney Harbour.

Clarke produces under the banners of Blink TV and Bombora Film & Music Co. Although we visited mainly to chat about Blink TV and the forthcoming Eurovision 2016 competition, he started his discussion with Mediaweek explaining the difference between the two businesses.

“Bombora handles television and film and we have done projects like The Story of Australian Surfing, Wide Open Road, Whitlam: The Power & the Passion, Brilliant Creatures and Blood and Thunder: The Sound Of Alberts. At the moment we are working on some dramas including Boxing Day: The Story of Jack Johnson.

“Blink TV on the other hand is entertainment. My background is I was an EP at the ABC and I initiated programs like Recovery, Long Way to the Top, Love Is in the Air and Spicks and Specks. Blink TV is where factual meets entertainment.”

As well as wearing different production hats, Clarke has been busy lobbying Asian broadcasters for the plan he and SBS have hatched for an Asian singing contest. He was in China this week, stopping off on his way to Stockholm for Eurovision.

Blink TV looks after the coverage of the European song contest for the Australian rights holder SBS. The contest is in Stockholm this year and Clarke has recently been to inspect the 2016 venue at what is called a “head of delegation” meeting.

“The Globe Arena is an incredible venue – it is basically an egg in the middle of a Stockholm suburb. It has a huge roof space that will all be lit – it will feel like The Hunger Games. There is not a lot of room at the front of the venue, and the set looks like an 80s industrial disco with an enormous rectangular stage.” 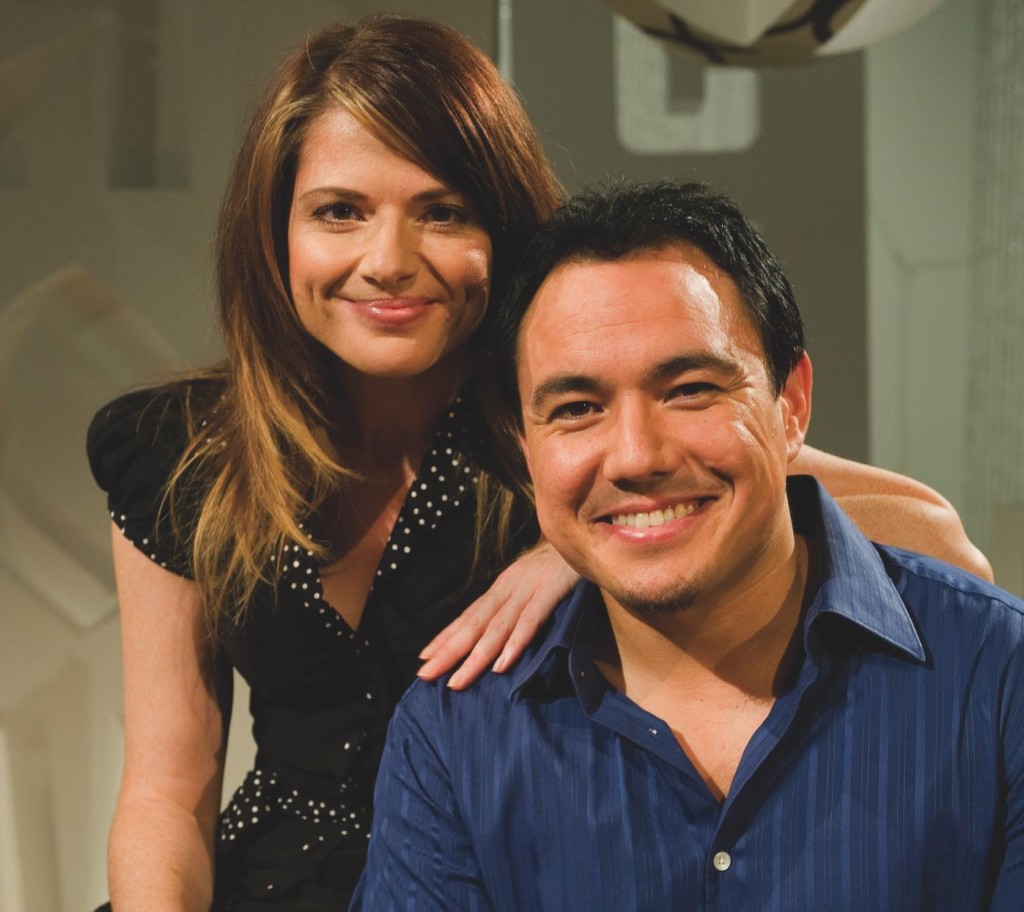 Blink TV has been working on the presentation of Australia’s contestant, Dami Im. “We have gone very futuristic with Dami. We are going Blade Runner in a big way,” explained Clarke.

“This year when we sent over the photos of Dami, the producers were astounded,” he added.

“This year Eurovision invited Australia to participate as a full competitor. We were competing last year, but we got a wild card into the grand final. That meant we didn’t knock anyone out on the way through.

“There are numerous people at Eurovision who ask about Australia’s involvement. This year we have to compete in a semifinal. There are 19 countries in the semifinal and 10 go through to the grand final.”

Clarke said Dami Im has the desire to win on a global stage. “The fascinating thing about Dami for me is what you saw in The X Factor is what you get. She is a very truthful person and quite vulnerable because she is so honest.

“We have chosen a song for her which has an almost Sia-like counterpoint. It is very quiet and then gets really loud. Dami has real power and real emotion and it will be fascinating to see what Europe makes of her.” 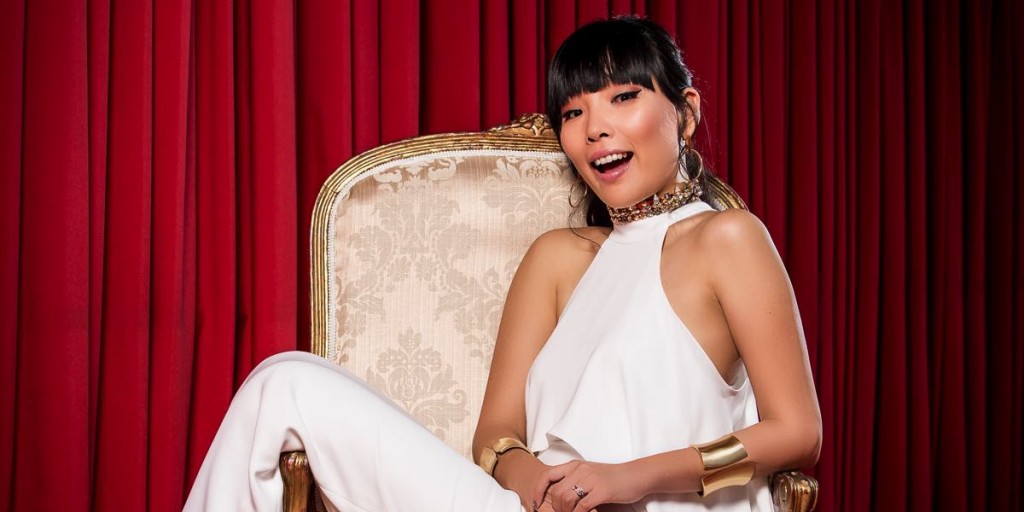 The Eurovision grand final this year falls on Sunday May 15 Australian time with the semifinals earlier in the week. Clarke will be in Stockholm from May 1 with Dami Im arriving on May 2. “The reason why Eurovision is so successful is that they rehearse the bee Jesus out of it. [Laughs] We are using gauze that you can throw images onto during her performance. Very similar to what happened during the recent Bowie tribute Lady Gaga performed.

“At Eurovision we go through a number of rehearsals, but they are public rehearsals. The moment an act starts rehearsing the betting odds begin to change. At the moment Australia is at #3 in the odds.”

SBS had covered Eurovision since the 80s, taking a UK feed, but they moved to localising coverage when Blink TV became involved.

“When Terry Wogan passed on the baton in 2009 I had a discussion with SBS to cover the event. The first time hosts Julia Zemiro, Sam Pang and I went to Eurovision was 2009 in Moscow at a huge theatre. I originally travelled with them as a commentator/producer. The organisers were fascinated there were people from Australia and that we were setting up cameras in our booth. We also did a lot of backstage interviews and Julia was just brilliant with the performers. She is the best improvised talent I have ever seen. Sam would then pose a series of ridiculous questions, and the performers responded well to both of them.

“In 2011, they acknowledged the fact there were Australians at the event. Then in 2013 they asked me to direct something about why Australia loves Eurovision. The next year Denmark invited Jessica Mauboy to perform. “I remember the meeting we had with them. They said they didn’t want us to just sing a song – they said to me, ‘We want you to do something really fucked up.’ They asked us to challenge them.”

In 2015, Eurovision asked Australia to formally participate in the 60th anniversary. “We chose Guy Sebastian and he made Australians proud. When he was announced there were a few naysayers. Guy told me: ‘Don’t worry about it, Paul. Haters are going to hate.”

The song contest is one of the most-watched programs of the year for SBS. Clarke: “You see teenagers and families watching. The audience breakdown we get is a beautiful set of numbers – it is male/female balanced with half the audience under 30.” As to the competition last year, Clarke said: “It’s just a shame that Seven played the Ivan Milat series against us.”