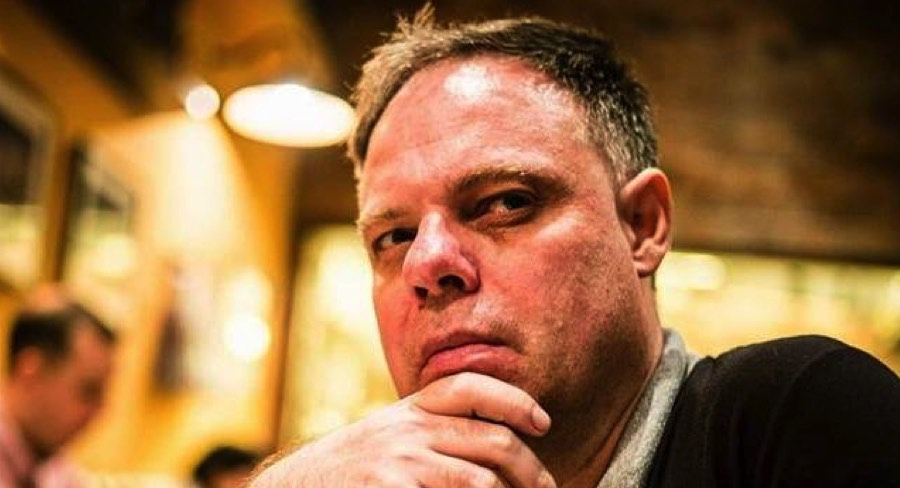 The media executive has returned to Sydney after 17 years in Bangkok.

It’s not every day that a Bangkok-based media exec gets the public backing of a senior politician like pre-PM Malcolm Turnbull, who in February 2013 tweeted that, “Grahame Lynch… exposes the bias and ignorance of the ABC’s Nick Ross”.

Lynch was living in Bangkok, operating his Sydney-based company, Decisive Publishing, which runs commsday.com, or Communications Day Australasia, a daily subscriber-based newsletter billed as “the authoritative source for commercial, regulatory, political and technology news and analysis for telecommunications in Australia and New Zealand”.

In 2013, Lynch became embroiled in a Media Watch-covered stoush with Nick Ross of the ABC over viewpoints about the NBN, with Turnbull agreeing with Lynch.

“It was nice to have one’s views endorsed by a future PM,” Lynch told Mediaweek, “but the arguments I made then remain today.

“The ABC had no place allowing a journalist with very little specialist knowledge to advocate for then-Rudd NBN in the way they did. From my vantage the debate in Australia was surreal.

“The ABC would be arguing that the fibre to node technology backed by Turnbull wouldn’t work properly as a medium, or support basic broadband applications such as video conferencing and so on when that’s the technology I was using in Bangkok to run my business.

“Most of the telecom types I knew overseas thought the entire Australian NBN ‘debate’ was the sign of a nation on drugs. I was glad to play my little part in calming down the melodrama.”

Lynch started Communications Day in 1994 and says, “I launched when I saw an opportunity to do daily industry news in the tech space using fax as a medium. Within a number of years we migrated to email ahead of the industry.”

But in 1997 he also took a radical career step, taking a leave of absence from his own business.

“I started CommsDay as a 24-year-old and after three years realised I didn’t know enough,” he says. “So I took the opportunity to work as a tech magazine editor in Hong Kong and then Los Angeles for four years. It gave me a virtual business degree in publishing.”

He joined Advanstar Communications, a leading US based media company, that year and says, “I was in charge of Telecom Asia and its Chinese translation Telecom China.

“We also launched a title called Wireless Asia. I also had responsibility for the Americas, where I was in charge of America’s Network, its Spanish translation Telepress Latino America and our Brazilian title RNT, as well as a bunch of other niche mags such as E-Learning and Teleconference.

“Our mag unit represented about 10% of a company, with 100 magazines and tradeshows. It was an amazing experience working with so many people across so many industries ranging from medical technology to motorsports to adult video. And it created the opening for me to work in TV [2002-2005] for Telecom TV anchoring coverage across Asia.”

Lynch now operates out of Australia and said: “I am living in Sydney again this year for a number of reasons, including family and looking after the business while some key persons take long service leave and retirement. “But I was in Bangkok for 17 years before that. The plusses were specifically twofold. The first is that living smack bang in the middle of a place where there are three billion people within six hours’ flight is that you have much more of a global perspective than is possible in Australia.

“In the area I specialise in, which is technology, that is an enormous fillip especially with the centre of gravity in that industry moving from America to China and India.

“The second is that with Thailand 3-4 hours behind Sydney, the company generally enjoyed a longer business day, which improved our core product, which is news.

“The downside? It’s harder to know what’s going on in your business and provide direction. And you have a big travel cost.”

During his Thai tenure, Lynch, also an innovative musician, immersed himself in the Bangkok lifestyle, owning and operating two bars, Sin Bin bar for three years and Overground – described as an underground home for alternative and indie bands.

He is also front man and synthesiser player of the electronic band Wasabi Bytes, which he formed in 2011 as a personal DJ and electronic music project, and which grew into a fully fledged band with the name that is a pun on computer generated music and Asian street food.

The band released an album, “Art House”, in February 2016, a collaboration with American hip hop DJ and producer Afrika Islam, and is scheduled to do a small tour of Australia this month. Grahame Lynch was in a band during his time in Bangkok and played the synthesiser.

“Afrika DJed at Overground,” Lynch says. “He is an old style DJ with CDs and decks and was fascinated by the whole world of music made on laptop. So we did some tunes together and one of them became a YouTube hit with nearly 2m views by now.”

Lynch admitted that running a communications business plus Bangkok bars plus a busy band was a bit too much.

“Having all that on my plate near killed me and I am currently enjoying a simple life. It was six years of too little sleep and too much alcohol, but it gave me a lifetime of experiences.”

While holed up in Sydney, Lynch mulls new directions for his communications business.

“Our days as publishing innovators are over as everyone plays there and it is a race to the bottom in terms of value,” he said. “We do events now as that is where the value is. Media is hard, and next steps are the hardest part.”