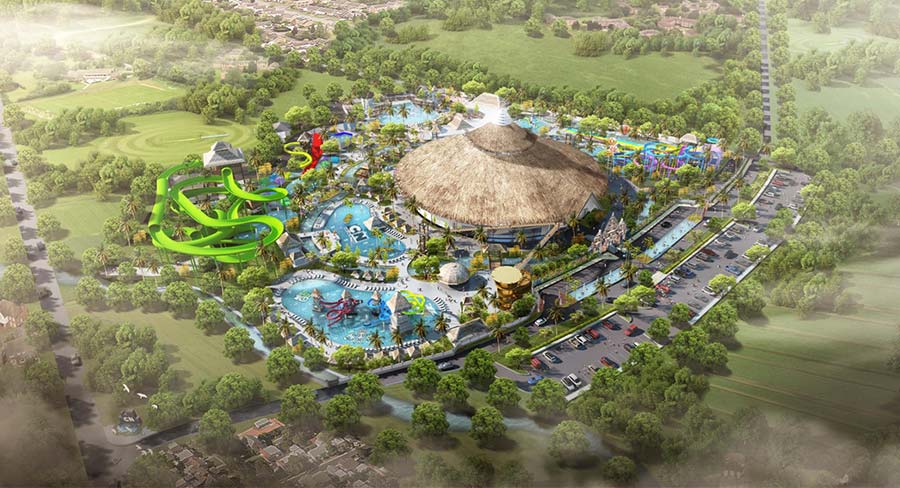 Turner Asia Pacific has partnered with Indonesian real-estate and hospitality investment company, The MAJ Group, to develop a 4.3-hectare entertainment park in Bali. The family destination will feature the island’s largest waterpark and an indoor entertainment centre, all with Cartoon Network theming. The park is scheduled to be fully operational in 2020, and will be a key part of The MAJ Nusa Dua complex, a premier tourist destination in southern Bali featuring major hotels and an award-winning golf course. The environment will be brought to life by live entertainment and performances featuring characters from shows such as Ben 10, We Bare Bears, The Powerpuff Girls and Adventure Time.

Malaysian-based online classified portal company, ASX-listed Frontier Digital Ventures, last week raised A$11.2 million via an entitlement offer. It also released $3.2 million in a retail offering that opened on Thursday May 31. The entitlement offer was oversubscribed, so Frontier expects to fill the order, which will bring total funds raised to $14.4 million. Shaun Di Gregorio, former Sydneysider and founder and CEO of Frontier Digital Ventures, said in a press release, “The success of the institutional component of the entitlement offer is a clear vote of confidence in FDV’s team and business model from the institutional and sophisticated investor community.”

The South China Morning Post picked up the Best in Asia/Pacific, Global National Brands award at the INMA Global Media Awards in Washington this week, and won Group 2 first place in the Best Marketing Solution for an Advertising Client category for its Alibaba Entrepreneurs Fund Jumpstarter in 2017. The SCMP also received a Group 2 honorable mention in Best Use of Mobile category. Singapore Press Holdings received a Group 2 honorable mention in the Best PR or Community Service Campaign category. Australia’s News Corp was one of six companies winning two first places.

The South China Morning Post has partnered with US publisher Politico to expand coverage of US-China relations. The two companies’ newsrooms will share content and collaborate on reporting in the US and Asia. In a joint press release the companies said, “The groundbreaking partnership represents a major alignment of two prominent news organisations with complementary geographical reach and editorial expertise, and also represents milestones in both Politico’s ambition to establish a deeper foothold in Asia and SCMP’s growth in the US market.”

The Bloomberg Media Group has partnered with Myanmar’s leading direct-to-home pay TV provider SkyNet. The deal will see business and financial news aired on multiple media platforms in Myanmar including TV, digital, radio and mobile, with select programming from Bloomberg’s global network translated and subtitled into Myanmar. Bloomberg will also provide SkyNet with data, content, resources and training supported by its world-wide staff, while SkyNet will recruit and expand its existing business news team, and will produce original business and technology news programming Monday through Friday in the Myanmar language. SkyNet launched the only 24-hour news channel in Myanmar, called Up to Date, in 2011.

A payment dispute could see Discovery Networks Asia Pacific pulling a number of its channels from Singapore pay-TV operator StarHub. Seven popular lifestyle channels, including Discovery Channel, TLC and Animal Planet , could be dropped on June 30 with a further four channels, including Asian Food Channel, Food Network, and HGTV, slated to go on August 31. Discovery said this is happening because “we have unfortunately reached an impasse as StarHub is not prepared to pay fair value and has announced its decision to cease transmission of all 11 Discovery channels on its platform. All we are asking for is the equivalent of a cup of coffee per customer per month.”

Domestic Vietnamese broadcasters are being hit hard by the rising price of international TV rights. According to the Vietnam Investment Review, “Prices are growing at an astounding rate, leaving broadcasters to scramble to balance increasing demand for these shows and expenses.” Vietnam’s Authority of Broadcasting and Electronic Information said the government has issued licences to 70 international television channels to be broadcast in Vietnam. However, as each foreign television channel nominates only one exclusive distribution agent in Vietnam, pay-TV enterprises have no choice in negotiating the prices of international broadcasting rights. Cartoon Network and Korean game developer SundayToz have launched We Bare Bears Match3 Repairs, a new global match-3 puzzle game based on Cartoon Network’s hit animated series We Bare Bears, about three bear brothers trying to get by in the world of humans.

iflix and Kwesé JV in Zimbabwe

Kwesé iflix – a joint venture between iflix and Mauritius-based Econet Media, a pan-African company that does business as Kwesé – has launched a digital entertainment platform that will bring live coverage of all 64 FIFA 2018 World Cup games, and thousands of premier entertainment programs, to millions of Zimbabweans via its new mobile app. The Kwesé iflix mobile app will give Econet Wireless mobile subscribers unlimited access a wide array of on-demand content, available to stream whenever and wherever, as well as “linear” live broadcast content. iflix co-founder and group CEO Mark Britt said, “Together with Econet Media, Africa’s top media company, we have created a platform specifically for African users that makes every match of the World Cup available to users across the country on any mobile device of their choice.”

Singapore’s women-focused digital media firm Tickled Media, which publishes the popular online titles theAsianparent and its Indian sister site, the Indusparent, plus the AsianMoneyGuide, which focuses on personal finance issues for women, has raised US$4.98 million (A$6.5 million) in series B funding. Proceeds from the latest round will help Tickled Media expand into the Philippines, Malaysia, and Vietnam, and to develop two more media sites that will also target Asian women. Later this year it will also launch its fashion portal HerStyleAsia. • Singapore Press Holdings has partnered with parcel locker startup, Parcel Santa, which will use SPH’s extensive newspaper delivery network to expedite e-commerce deliveries to its Parcel Santa lockers, which are located in 100 condominium precincts in Singapore. Parcel recipients will be informed via an SMS when their parcels have been delivered to the secured lockers.

• An “all-in-one” Disney content app has just been launched in the Philippines by Globe Telecom and The Walt Disney Company Southeast Asia, making the Philippines Disney’s pilot site in Asia only the second in the world, next to the United Kingdom. The app contains more than 350 Disney, Pixar, Marvel, and Star Wars movies, over 5,000 TV episodes, and more than 6,000 music tracks.

• Three Cambodia ministries will immediately set up a web-monitoring group to check for fake news and to monitor all news and social networking sites, with immediate effect, “to prevent the spread of information that can cause social chaos and threaten national security”.

• Radio Free Asia won a 2018 Gracie Award for best website in the category for interactive news media for a webpage on the Rohingya people of Myanmar. The Gracies are sponsored by the Alliance for Women in Media, which recognises excellence for women creators in the media and entertainment industry.

• According to the Reuters Institute Digital News Report 2017, half the top 10 countries and cities where readers already pay for online news are in Asia, and Hong Kong, Malaysia, Singapore and Taiwan lead in willingness to pay for news. Australia is also in the top 10.

• Philippines-based news website Rappler won the 2018 Free Media Pioneer award for its innovative approach to journalism and audience engagement as well as its determination to hold authorities accountable. Rappler was launched in January 2012 by a team led by Maria Ressa, a former CNN bureau chief in Southeast Asia.