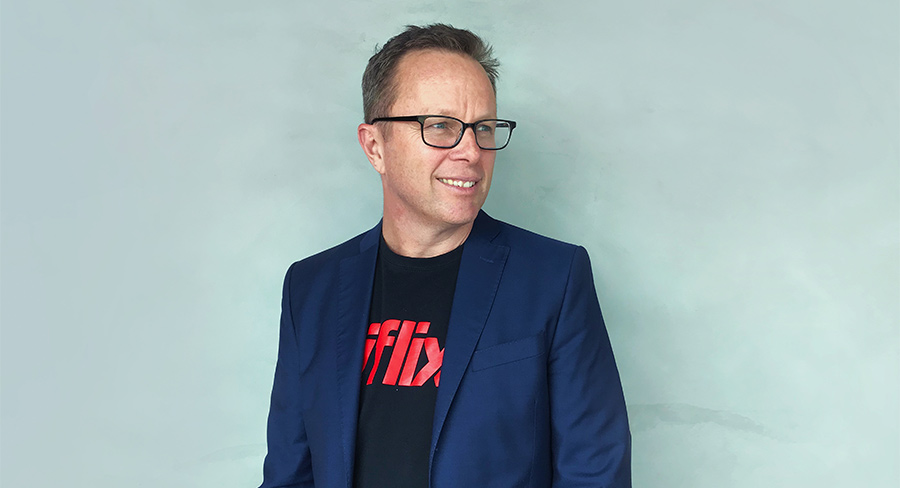 Former Wollongong boy Galvin certainly is one of the original digital implementation dudes.

In March, iflix launched Studio 2:15, its all-new creative production business for short-form video content, noting that the studio would be headed by a new global director, “digital trailblazer” Craig Galvin.

Former Wollongong boy Galvin certainly is one of the original digital implementation dudes, right down to his bootstrapping prowess, pointing out that his first job – which ran for two years – was as online sales director for Ozemail’s search engine, Anzwers.

“I started at Ozemail in late 1995, in the relative infancy of the internet, when many thought it was a fad with no practical application,” he told Mediaweek. “My time at Ozemail gave me a deeper understanding and appreciation for what the internet could do.

“Its potential as a business and marketing platform was very exciting and, coupled with my own penchant for disruption, challenged me to navigate a new uncharted territory.

“The tiny internet advertising community that existed at the time was passionate about building and growing the industry. It was dedicated to making the internet central to any company’s marketing and business plans.”

His next career step, two years later in 1997, was to join a funky little Californian company with a funny name.

“Seeing the opportunity to build something from nothing I became part of a small team that launched Yahoo! in Australia,” he says.

In 1997 Yahoo! in the US made some crucial and historic acquisitions that set it up to be the powerhouse it is today.

It was a great time down under for Galvin to step on board, initially as national sales manager.

“As one of the first employees of Yahoo! Australia, I was instrumental in driving the success of the local operation,” he said.

“The role meant that I was at the forefront of taking Australia’s biggest companies into the digital world, partnering and building their internet strategies. Companies and brands progressive enough to embrace the transformative nature of the internet gravitated towards Yahoo! for their own business and marketing solutions.

“There was no rule book then, so we had to be incredibly resourceful and creative in devising marketing and business partnerships that would drive real ROI. These opportunities and challenges have set up my career in digital and, to this day, I look to creativity to solve most business challenges.”

Galvin stayed with Yahoo! for five years and then, from May 2003, he spent a decade as president, founder and chairman of white GREY, which became Australia’s leading digital agency and later known as the White Agency.

He surprised business circles in June 2013 by quitting the agency, and joining News Limited initially as digital strategy director.

“After 10 years of owning and operating a successful agency, I was simply ready for another challenge.” he said. “I’ve had plenty of experience and success with the startup model at Yahoo! and later with my own venture and, knowing I was leaving it in good hands, I wanted to continue my own evolution and tackle fresh challenges at a larger corporation.”

Over 18 months on the job, he developed and led News Corp’s digital commercial strategy, increasing market share from competitors and reaching a yearly run rate in excess of $100 million per year (25%+ year on year growth) .

“While at CTV, I was introduced to the founders at Zoomin,” he said. “The strategy at Zoomin in the US was to establish our credibility as a local content producer and to develop strong relationships with platform distributors.

“Our audience target skewed young so I really focused on building a Facebook partnership, and this led Zoomin to be one of the first publishers on its ‘watch’ program, increasing our profile and audience immediately. Zoomin certainly played a role in my accumulated experience that led me to iflix.”

Now at iflix, he’s ready to tackle the short-form video content market, noting, “There is no pure definition of short form, but a guide would be anything under 20 minutes. And I think it’s fair to say that some ads are short-form content with many brilliant examples.”

There’s been a recent boom in short-form consciousness, attributed in some quarters to the short attention span of mobile devices.

Galvin said, “It’s definitely a combination of smartphone penetration, the proliferation of social platforms and the fact that everyone now has access to the tools to make content and get it out there for the world to see.

Running parallel to this trend has been the knocking down of the traditional barriers – technology, cost and gatekeepers – which has allowed young, tech-savvy creators to build empires and fortunes from their bedrooms by sharing content that resonates deeply with their audiences.”

Last month Singapore’s Mediacorp did a short-form content deal with Grab to show videos in screens in hail cars and, asked if iflix would expand into such new areas, Galvin says, “You will see our short-form content in more places than just on iflix as we build awareness of our brand and reach, to entertain as many people as possible.”

“It is imperative that we engage the local creative community to produce meaningful, boundary-pushing, culturally significant content across the board,” he said. “Studio 2:15 is dedicated to truly partnering with the most talented content creators across our markets to deliver remarkable work we know our audiences will love.”