“Beyond the Box Communications is the first of the next generation media companies in Myanmar,” says Southeast Asian media veteran Ross Dunkley.

“This will probably be the most successful of media ventures I have been involved with since I began my career at The Stock & Land in Victoria back in 1980.”

And with that, Citizen Dunkley announces he’s back in the media business in Asia.

A quarter of a century ago, Dunkley, a Walkley Award-winner and rural press publisher, left Australia and in 1991 became a partner in The Vietnam Investment Review. That newspaper was sold to James Packer in 1994.

In 2000, Dunkley launched the Myanmar Times with co-founding partner and nominal owner U Myat (Sonny) Swe, the son of a senior Military Intelligence officer.

Turmoil struck in 2005 when Sonny Swe was sentenced to 14 years’ prison for violating censorship laws, and Dunkley had a new owner imposed on him.

In late 2007, Dunkley and others including Perth miner Bill Clough bought the fortnightly Phnom Penh Post and turned it into a daily in August 2008. 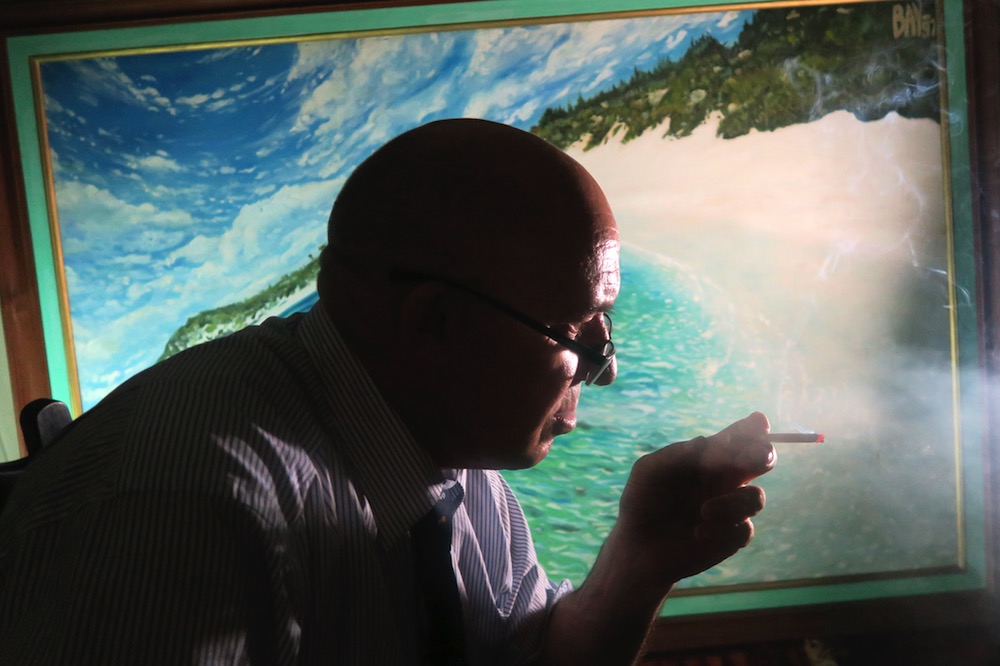 For Dunkley this was an intense time – his marriage foundered, there was tension with the new owner of the Myanmar Times, and the Phnom Penh Post takeover was tricky.

“The Post brought with it a mixed legacy,” Dunkley says. “It had assumed the moral and ethical high ground, but at the same time there was an NGO culture there and their way of thinking was certainly much more different from that of a newspaper man like myself.”

In 2010 an election was held in Myanmar and this brought ominous signs for Dunkley.

“The Minister wrote to me twice and stated I was a person no longer to be welcomed in Myanmar, a sinister hint that he was closing in on me and wanted me behind bars,” he says. “They put special branch onto me and started following me.”

In February 2011, Dunkley was arrested and in June convicted of assault and immigration offences. He was sentenced to one month jail and freed because of 47 days already served pre-bail.

Dunkley says, “Once inside I only held thoughts that I would soon be out. I should have been extremely concerned and thinking I could be jailed for 10 years or more easily with charges of administering drugs, kidnapping and bashing a woman plus immigration offences.

“But as I hadn’t done any of the above I slept soundly.”

Dunkley’s jailing, plus his Hunter Thompson-like tendencies, gave him added media cachet, propelling him into the US mag Vanity Fair, where he was dubbed Citizen Dunkley and described as a “swashbuckling Australian journalist” by writer Tom Freston, one of the founding members of the team that created MTV.

Dunkley met Freston a couple of times, and hosted him at his home, together with two of Freston’s guests, the wives of Richard Gere and Jimmy Buffet.

International limelight aside, the jailing and ensuing drama took its toll and later Dunkley exited both the Myanmar Times and the Phnom Penh Post.

Some say Dunkley was ousted. He disagrees.

“I remained as publisher at the Post from the time we bought the paper in 2007 through to 2013, a considerable amount of time,” he says.

“Only when a major partner and I came to disagreement over funding did I make it clear that I wanted to move to the side and that they should buy my shares. I was disgusted at the way things were turning out as we had almost reached a break-even point. That is hardly being ousted.”

In Myanmar he negotiated with a new buyer, U Thein Tun, a wealthy entrepreneur, banker and chairman of the Myanmar Bankers Association.

“He liked my plan that saw us grow rapidly and be ahead of the pack as Myanmar was starting to open up,” Dunkley says. “He promised he would allow me to do that, but then he slid the rug from under me when he got control. I sold my shares to him. That was it. I wouldn’t call that ousted.”

Now, after lying fallow for a time, Citizen Dunkley is back with Beyond the Box Communications.

“Its revenue streams come via a daily newspaper in English on the back of a 24-7 live streaming in Burmese,” he says, “We’ll operate a commercial printing factory and get involved in events and e-commerce.

“That’s not much to establish a premier media company in Myanmar.”