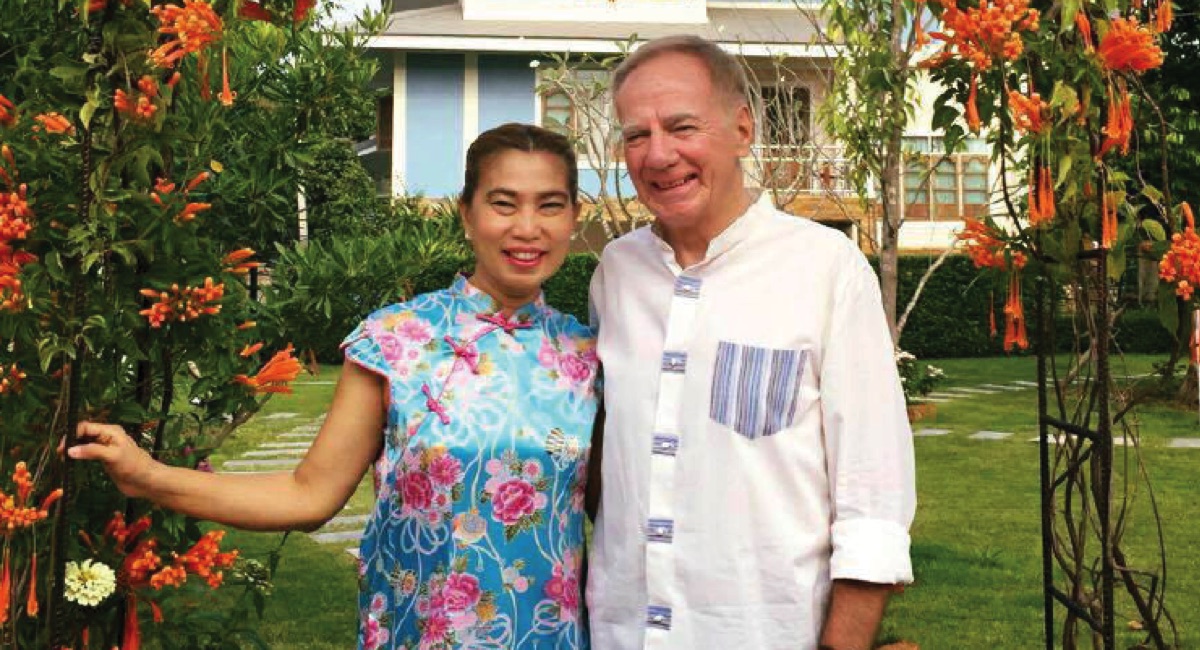 “In Australia, I was working with people who had been in media all their lives,” he says. “People like Rupert Murdoch, Ken Cowley and John Hartigan.

“Often you wouldn’t have to explain why you had done this or that because they knew – they simply understood.

“But in Asia many of the owners, and quite a lot of the bosses, came from other industries and they didn’t understand.

“Overall I found them intrusive rather than interfering. Commercial or political pressure was more common in Asia but I took the view that pressure came with the job – it was my responsibility to resist it or work around it.”

Asia was book end of Armstrong’s long newspaper career, which began in Sydney in 1969 when he was hired as a junior reporter on The Australian after being editor of the University of New South Wales’ magazine, Tharunka.

Almost 40 years later, Armstrong “retired” in 2008 by stepping down as president and chief operating officer of Thailand’s Post Publishing, owner of the Bangkok Post.

Armstrong told Mediaweek, “I started on newspapers and I finished my career on newspapers. Along the way I became the first journalist to begin their career on The Australian to go on and become editor of the paper. It’s a long time ago now but I’m still proud of that.”

Asia first called in 1993, when Armstrong was editor of The Canberra Times – owned by Seven TV network owner Kerry Stokes, who was close to Rupert Murdoch and his right hand man Ken Cowley. They “loaned” Armstrong to The Times for a year to inject fresh ideas.

When the loan was up, Armstrong was sent to Hong Kong as editor of the South China Morning Post which Murdoch then owned.

Six months into that job, Murdoch sold the SCMP to the Kerry Group under billionaire tycoon Robert Kuok, who asked Armstrong to stay on and later upgraded him to editor-in-chief.

In 1996 Armstrong returned to Australia, and to the Murdoch fold, as editor-in-chief of The Australian, a position he held until 2002.

Personal tragedy intervened in 2001 when his wife Deb died age 48. Armstrong didn’t have the motivation to continue, eventually stepping down from his job and, in his mind, quitting newspapers.

In 2003, the SCMP group chairman asked him to return to Hong Kong as group editor-in-chief. The company was also a large investor in Thailand’s Post publishing, and this led to another divergence in Armstrong’s career, when he was appointed to the Post Publishing board.

“At that time, Bangkok Post was without a regular managing director,” he says. “The previous incumbent had left some time before and one of the directors was filling in. He was a good bloke, dedicated to the job, but he was in his late 70s.

“The Bangkok Post owners asked the SCMP owners if I could help them out. The deal they came up with was that I would spend three weeks a month in Bangkok and one week in HK.

“This worked for a while: I had appointed a very good editor in HK – Fanny Fung, the first HK Chinese journalist and first female to edit SCMP – and we talked on the phone for a long time every evening.

“But the arrangement couldn’t work forever. I was getting a bit tired and I felt SCMP wanted a full-time editor-in-chief, so I decided to concentrate on Bangkok and the new management career as managing director.”

Thailand’s mandatory retirement rules meant that in 2008 Armstrong had to quit the Bangkok job he started in 2005 shortly after he turned 60.

He also decided to quit full-time work, did some consulting and met Ross Dunkley, the Aussie publisher of the Myanmar Times and the Phnom Penh Post.

Dunkley asked him to vet the Times and the Post, and then installed him as chairman of the Phnom Penh Post for two years.

“A nice way to round off a newspaper career,” Armstrong said. “It turned out to be a busy job. I enjoyed being involved with newspapers again and it was fascinating to travel to Cambodia twice a month, and to visit Yangon several times.

“But eventually I turned to something different.”

Something different was the Maeping Mango Resort, which together with his new wife Nichapa, he opened in 2015.

While he still keeps his hand in by advising media people in the region, Armstrong sums up his career as, “I’m very glad I worked on newspapers, but I’m also glad I’m not doing it now.”