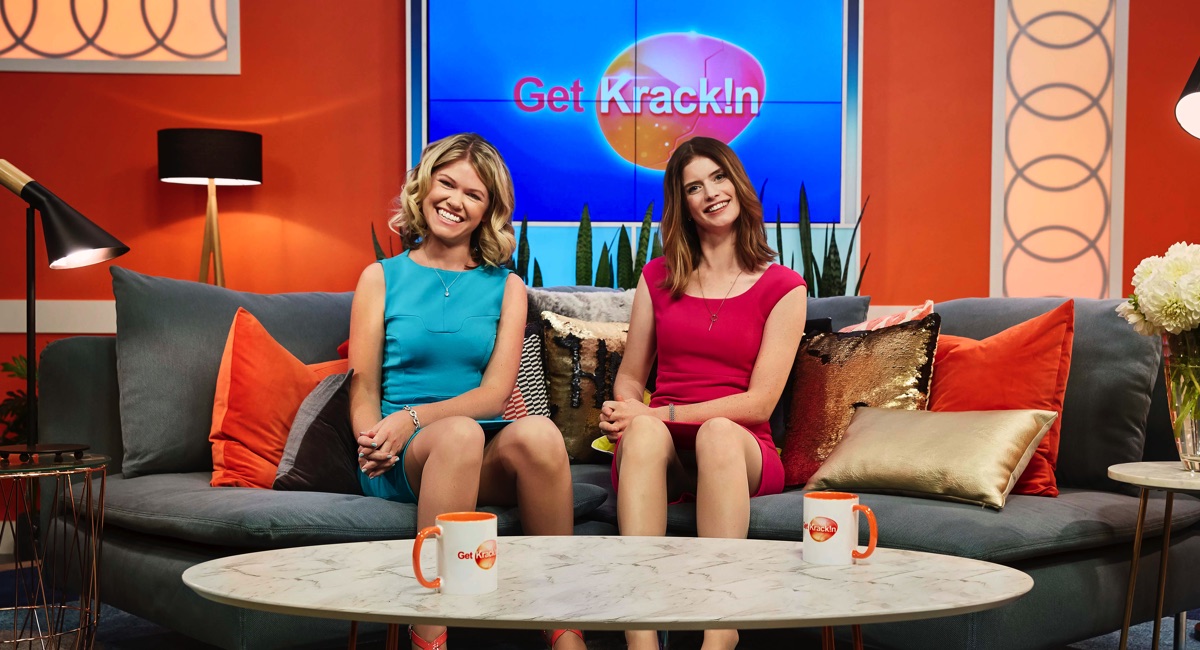 Seven had great success a few weeks back rebranding a UK special as an episode of Sunday Night, so they’re doing it again this weekend with the Channel 4 controversial doco about the Princess of Wales chatting “candidly” to her speech coach (aka a Coronation Street actor).

SBS also gets in on the act this Sunday with a look at Diana‘s relationship with the paps, and then they continue the theme all week with many more Royal specials.

Seven has one more Di card up its sleeve: the fast-tracked Diana 7 Days, which will also feature her top-rating sons Princes William and Harry. And after all this, on Thursday, the 20th anniversary of her actual death, there is … nothing on FTA – only National Geo and History specials on Foxtel.

Kate McLennan and Kate McCartney didn’t quite “krack” it with their ABC Comedy Showroom pilot, but they have nailed it this time by heading back into familiar territory that echoes their web series The Katering Show.

This time they are hosting a disastrously bad talk show that airs for half an hour in the middle of the night, and plays in real time. There are lots of gags about the hosts struggling to stay awake and their “guests” are equally as amusing, with lots of well known names popping in and popping up (Sam Neill is particularly amusing in the first ep). Sadly, there is just one send-up of the type of infomercials all these shows thrive on – more of this, please. Recommended.

The first series of this was delightful in parts, but there was also a disconcerting sameness about it as well. And instead of rejigging its premise for a (frankly, surprise) second series, it’s more of the same… although Jessica Marais‘ hair does seem to be a bit darker this year. Last year The Wrong Girl took over Offspring’s Wednesday timeslot, but now it has snuck in, under the radar, to Thursday nights – obviously in a bid to retain The Bachelor’s audience. But here’s the problem – both Offspring and The Wrong Girl are about a wacky blonde’s life love (OK, Marais is now honey blonde). And her complicated extended family. And it’s set in Melbourne. Sorry, but this is just the wrong show to play the same time as Offspring.

Scheduled a few weeks back, and then hastily dropped to avoid being crushed by Australian Ninja Warrior, this family series is back where it was always going to air. I really wanted to like this show, and Shane Jacobson is the perfect host, but several of the kids in the premiere verge on precocious (some editing in this department would have really helped). Half an hour was enough for me but here’s hoping families with impressionable children give it a go because these types of shows should be on TV more. I think. Oh, fuck it, given the ABC is reviving Countdown on Sunday nights, maybe Seven should just bring back Disneyland.

Gavin and Stacey and Torchwood were two series that began life on BBC Three and were so good, they then graduated to BBC One. Sadly, this five-part drama aired just as the channel was being decommissioned, so it was no surprise that it wasn’t renewed for a second series. Having already aired here on BBC First, Thirteen is a mystery about a 28-year-old woman who escapes from being imprisoned in a cellar for 13 years… or has she? This should keep viewers happy enough though on a Friday night while they wait for the much more superior series Happy Valley screening afterwards at 9.30pm (seriously, if you still haven’t watched this, catch up on iview).