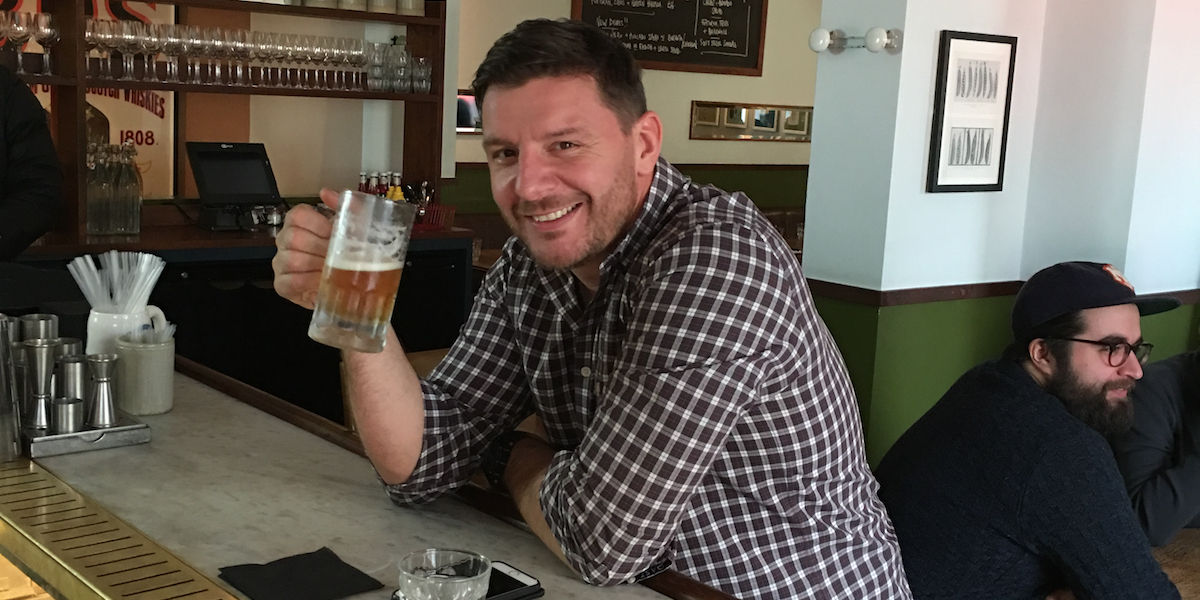 Mediaweek speaks with Manu Feildel Host, Around the World with Manu & My Kitchen Rules, Seven

The idea for Manu Feildel’s new show Around the World with Manu came from a drinks sessions one night 15 years ago with friends talking about possible TV formats. “We were talking about ideas for different cooking shows,” Feildel told Mediaweek. “One thought I had after reading ‘Around the World in 80 Days’ was it would be fantastic to be able to follow the same path and discover the food in each country. After being on TV for a couple of years I brought it up with my agent four years ago. She said to me it sounded like a great project and we went to Seven who said at the time they were not interested.

“The following year I knocked on the door again and they were still not interested. However, they suggested I just do France and do the same thing, which is when I signed the contract to do My France with Manu for three years.

“For a third time I went to Seven to ask about Around the World and they finally said, ‘Yes…why not?’ and we signed a contract.”

Feildel is of course one of Seven’s hottest properties, co-hosting My Kitchen Rules, which almost single-handedly is enough to put the channel well ahead of its competitors at the start of each ratings year.

Last January Feildel left on his six-week trip to film the new series. The chef-turned-TV-host set himself a budget of $20,000 to complete the journey. “In the book Phileas Fogg made a £20,000 bet to get around the world in 80 days. We thought our budget was achievable but with a little bit of struggling, which is what we wanted to happen.”

When asked who the guilty Seven executive was who kept delaying this format, Feildel declined to out them, adding they were probably making the right decisions at the time.

“My cooking career as a restaurateur is not finished. I will get to it when things calm down [in television].”

Feildel is an executive producer on this project, drawing on all his years on other Seven productions for valuable experience. He noted this project was not unlike My France, except for its scope, travelling the world instead of just inside his home country. “Travelling into six different countries ultimately proved to be a lot harder.”

Around the World with Manu is a JV between Seven and Feildel, with each having a 50% stake. “My manager and I have created a production company called Jaming Productions and hopefully this will be the first of many projects.” Feildel’s manager is Justine May, who runs specialist Melbourne management business Chef’s Ink, which also looks after MasterChef’s Gary Mehigan. Feildel told us he is very keen to grow the production business. “I never thought I was ever going to be on TV after being a chef all my life. Now I have been on TV I never expected to be the host of the most-watched show in Australia and then going around the world. I never thought I would be producing a show and now I am doing it. I’m not sure what the future holds, but I will be continuing to work hard to do what I want to do.”

Feildel had only 30 days to complete the trip. “After we arrived in London to start the journey, we started filming every day. The only days we didn’t film were when we were travelling between different countries.”

Television takes up increasingly more time for Feildel these days. Talking about his restaurant venture in Melbourne two years ago, Feildel said: “It didn’t go as well as I had hoped. It was very upsetting and almost a big smack in the head, a wake-up call. I realised then that I couldn’t be everywhere and doing everything and I had to make a choice. My choice was to follow my TV career, which has been working very well for me.

“My cooking career as a restaurateur is not finished. I will get to it when things calm down [in television].”

Feildel and his manager have built a strong brand. Mediaweek asked if Team Feildel knocks back many opportunities. “We are now able to choose what we want to do, which is an amazing freedom. They are tough decisions because I am on yearly contracts and you never know what will happen in 12 months. I have to keep on coming up with projects with manager and my team and that might be writing another book.”

His most recent book is out next month. “More Please” reveals family recipes from Feildel and his Malaysian/Chinese/Sri Lankan partner Clarissa Weerasena.

Of the decision to screen the series on 7TWO, Feildel said: “If I had the choice I would have chosen the main channel. Part of the reason for doing a co-production is that we are trying to use this amazing show to bump the audiences watching 7TWO. If it does well on 7TWO it might even pop up on Seven for even more people to see it.”

The series has also been sold to Nat Geo in Asia, and Feildel said there had been interest from many other markets too.