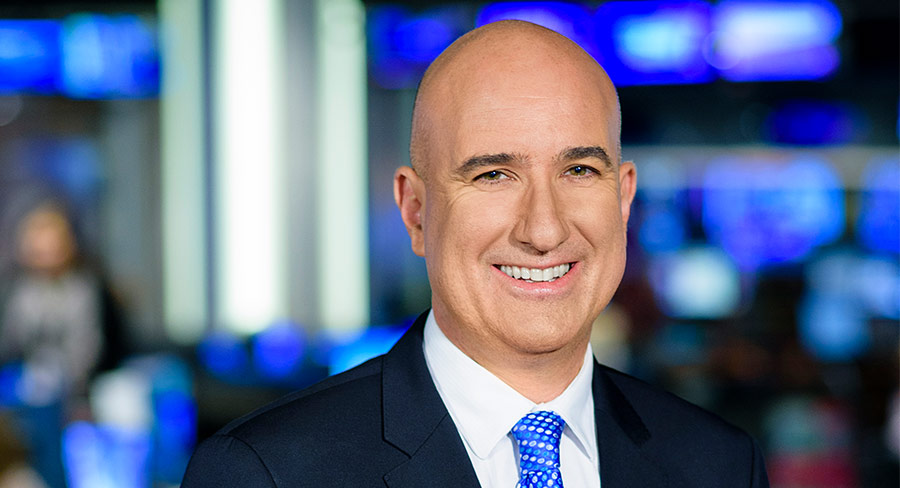 Frangopoulos has been appointed to the new role as CEO and managing editor of Sky News Arabia in Abu Dhabi, a joint venture between ADMIC and UK-based Sky Plc.

Sky News Arabia is a multiplatform news organisation that delivers Arabic-language news on a free-to-air news channel, website and mobile devices. It is broadcast to 50 million households and employs more than 500 staff across the Middle East, London and Washington.

News Corp Australasia executive chairman Michael Miller made the announcement today in a release that reads in part:

Mr Frangopoulos has led Sky News Australia, owned and operated by ACN (a News Corp company) since 2000, and prior to this, worked as a senior producer with Sky UK in London.

Mr Miller congratulated Angelos on his new appointment and thanked him for his significant achievements and leadership of the Sky News business in Australia.

“Under Angelos’s stewardship, Sky News has become the country’s most dynamic 24/7 news channel, delivering its highest ever ratings in the first six months of 2018, while ANC has grown from one channel to 11, to become the leading provider of multichannel and multiplatform television news services,” Mr Miller said.

“Angelos is one of Australian media’s most respected and admired leaders whose contribution both to journalism, and the wider community, has been outstanding. His commitment to all aspects of journalism – from education and training, to talent development and creating world-class quality news and business reporting – is unrivalled. This international role recognises the great job he has done here and we are thrilled for him.”

Mr Frangopoulos said: “The best 18 years of my career to date have been spent leading this business so the decision to move on was not an easy one. I’m so proud of what we have achieved and look forward to continuing to be inspired from afar by the passion and dedication of the Sky News Australia team. My thanks to News Corp Australia for the support, leadership and faith they have given me, and my team.”

Sky Plc. Group Chief Operating Officer and Board Member of Sky News Arabia, Andrew Griffith, said: “We are delighted to welcome Angelos who has taken on this new opportunity at Sky News Arabia. His extensive and successful track record and innovative leadership skills are pivotal to SNA’s future growth trajectory that includes plans to expand its operations and step up production with the aim of becoming the most widespread and influential Arab news platform, and providing information to the Arab public with the utmost accuracy.”

News Corp Australia’s Group Director Broadcasting Siobhan McKenna said: “Angelos’s passion for journalism has seen him build one of the most respected and trusted news brands in Australia. His legacy here is a team of the country’s best reporting and commentary talent and a business well positioned to realise future growth. “

The company has begun a national and international recruitment search to replace Mr Frangopoulos.

Mr Frangopoulos has been at the helm of Sky News since 2000 and has steered the business through various milestones including the launch into New Zealand in 2001, the launch of Sky News Active in 2004, Sky News Business in 2008, the Australian Public Affairs Channel in 2009 and the Australia Channel international news service in 2015.

In May this year ANC announced a program supply agreement with the WIN Network (WIN) to broadcast Sky News content across WIN’s regional free-to-air television network on a dedicated channel “Sky News on WIN”. On June 25, 2018, Nine and ANC announced a landmark joint venture partnership to create ‘Your Money’, a dedicated 24-hour business, personal finance and luxury lifestyle channel.

Sky News’s programs and reporters have been consistently recognised by the industry for news reporting including 17 ASTRA awards, a Kennedy and AACTA award, three Walkley awards and a Logie Award for Most Outstanding News Coverage of the 2016 Election.

Mr Frangopoulos has been chair of the Walkley Foundation for Journalism Advisory Board since 2017, director of ASTRA since 2006 and Pro Chancellor of Charles Sturt University since 2016. He has also been chairman of the Australia Day Council of NSW since 2011, is an ambassador for the Australian Indigenous Literacy Foundation and a board member of the Victor Chang Cardiac Research Institute since 2009.

In January 2018, Mr Frangopoulos became a member of the Order of Australia for services to broadcasting, higher education, journalistic training and services to the community.