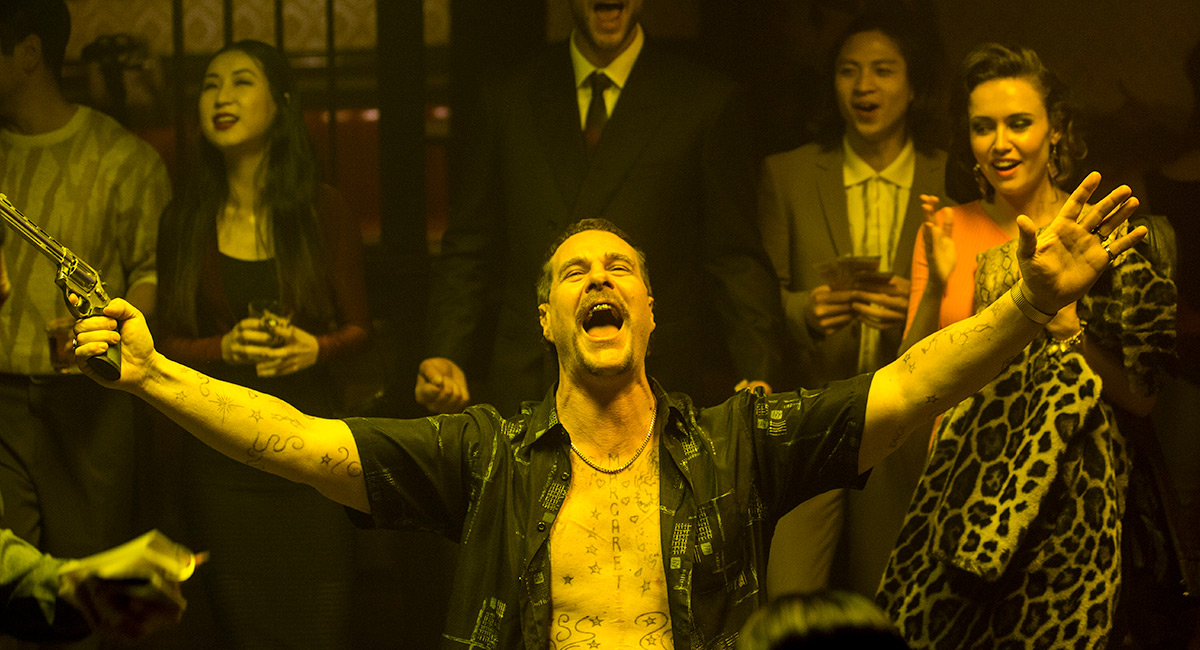 How new Underbelly miniseries on Chopper jumps the shark

When Underbelly was announced as returning yet again with a new version of Chopper, it was too much for some Aussie movie purists. Why another remake of a classic?, they screamed. Well, the good news is this is a stand-alone story about Mark Read’s life after his books became bestsellers. Instead, the movie becomes part of the action when the new Chopper (Aaron Jeffery is superb) goes to the cinema to see it and later watches the AFI awards on TV when Eric Bana wins Best Actor for playing him. Very meta.

Mark Read’s real-life comedy shows set this series’ style and tone with narration done as stand-up. Is what happens real, exaggerated or just total bullshit? Who knows, and who cares, especially whenever it descends into savage comedy with a whip-smart cast (Zoe Ventoura, Ella Scott Lynch and Michael Caton)? Where it derails is when dead bikie (Todd Lassance) appears, because any show that needs to bring in a ghost for its 11th outing has officially jumped the shark.

It’s also disappointing that in this instalment, the investigating police, once a crucial part of any Underbelly story, are now just in there for comic relief. In this new universe, anything is possible with franchise regulars like Alphonse Gangitano (Vince Colosimo), Lewis (Kevin Harrington) and Judy Moran (Debra Byrne) dipping in and out and Jane Allsop back as a cop. Whether it is the same character as in her last Underbelly outing is irrelevant because her character barely speaks, let alone investigates this larger-than-life criminal.

At least Underbelly Files: Chopper (8.40pm Sunday on Nine) doesn’t take itself too seriously and neither does Neighbours (6.30pm Tuesday on Eleven), as it presents its first movie-length episode with a hilarious recap opening.

“Erinsborough is the most livable suburb in Australia,” says Paul Robinson (Stefan Dennis) in a voiceover while clips are played showing events of the past, like Lassiters blowing up on multiple occasions and a tornado. 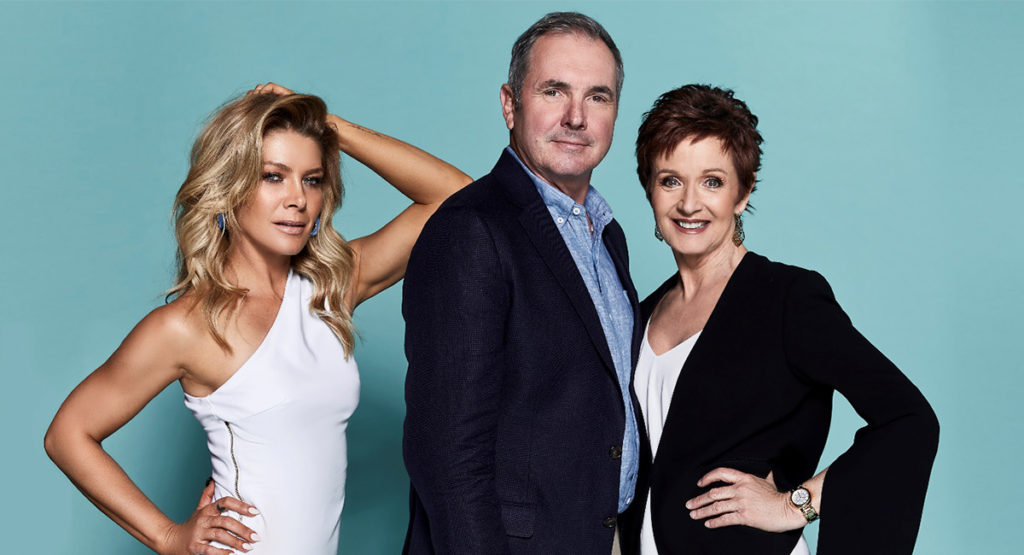 Various storyline threads then start converging for one long 90-minute extravaganza. There’s a trial, a rooftop chase, but the money shot is the long-awaited return of Izzy (Natalie Bassingthwaighte). She does not disappoint with some delicious dialogue and mayhem at every eye flick.

Any special event in Ramsay Street also likes to throw in a new mystery man and this year he’s a hottie from Manchester (former Coronation Street regular Ryan Thomas) who has a reason to take off his shirt, and don’t even ask why that involves him watching a sleeping Paul Robinson in the tycoon’s own bedroom.

In honour of Toadie’s birthday, there’s also a 1990s-themed costume party, complete with a reappearance of his infamous mullet. Others also make an appearance, because one thing Neighbours does so well, which barely any other long-running dramas can manage, is family and friends who drop by for a catch-up. Yes, Scott (Jason Donovan) and Charlene (Kylie Minogue) moved to Queensland and have never returned, and nobody is ever going to invite Henry (Craig McLachlan) back now, but other former regulars pop back from time to time.

That means Stuart (Blair McDonough) is back, and also Sindi (Marisa Warrington), this time with new news about Fake Dee (Madeleine West, please). Neighbours is rollicking good fun and one wonders what saucy extras are being slipped into its UK airing in a post-watershed timeslot of 10pm.

Channel 5 and the Brits have also demanded that the soap air all year round 52 weeks a year, so no more lame cliffhangers like last year’s runaway pram. But yes to more cheeky specials like this, because at this rate, Neighbours is going to be more fun than a night out with Chopper.