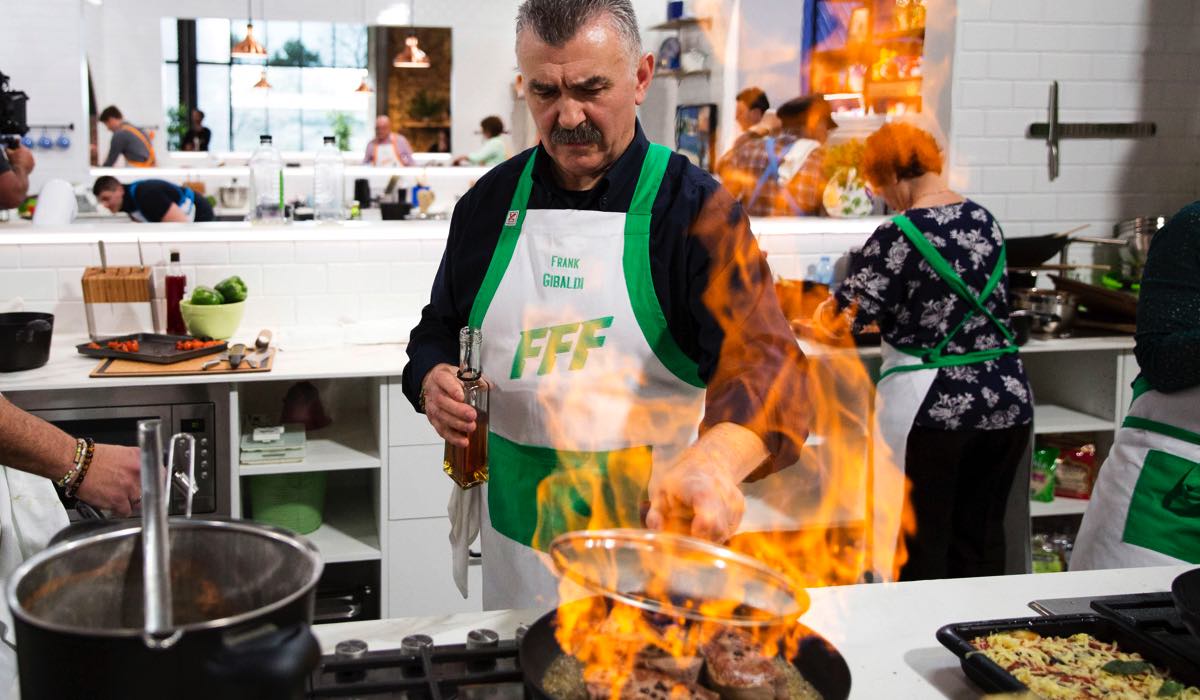 If you liked MasterChef, My Kitchen Rules, The Hotplate, Hell’s Kitchen Australia, Celebrity Come Dine With Me Australia, The Great Australian Bake Off, Aussie Barbecue Heroes, Good Chef Bad Chef, Restaurant Revolution and Zumbo’s Just Desserts, boy, do we have a show for you! Just imagine all of those shows thrown into a blender and out comes a bubble and squeak mishmash – with not one original ingredient added! So yes, there will be a celebrity chef host and three judges, there is another specially constructed kitchen studio and most importantly, the show runs for too long with an opening night running time of 1 hour and 50 minutes! As those “feisty Sharouk sisters” are fond of saying … oh my God, oh my God, OH MY GOD!

The Good Doctor 8.45pm Tuesday and Thursday on Seven

This is one of those surprise hits that reminds free to air networks they are still relevant. Bates Motel’s Freddie Highmore playing an autistic surgeon got nearly 20 million viewers in the US, shattering records for DVR viewership and becoming ABC’s most-watched Monday night drama in 21 years. That’s an incredible result out of the gate and Seven is keen to capitalise on its success by screening it twice in one week. Interestingly, it is a remake of a Korean drama and one of its producers is Lost actor Daniel Dae Kim who was recently lost from Hawaii Five-0 after seven seasons due to a salary dispute. Dae Kim may now be having the last laugh.

The new US Fall TV season means several new series are starting but the juiciest one around may be this British whodunnit. Downton Abbey’s Joanne Froggatt is a teacher who goes on a date with a surgeon played by Ioan Gruffudd (who is now in Brisbane filming Harrow for our ABC). Much of what happens on the first date is left unclear, but when the word rape is mentioned, all hell breaks loose. Flashbacks during its six-episode run should reveal more and with over 9 million Brits getting hooked, the final episode had everyone talking. But no plot spoilers – although there is definitely another series on the way. Must-see TV.

It’s great to see Seven bringing back Axle Whitehead into the fold after he left Home & Away for Hollywood. And what a sense of humour to make him the host of a show about dropping balls, considering he once was sacked from Ten for doing just that at the ARIAs! Meanwhile, Peter Helliar hosts a new panel show that is basically a memory test. The premise seems a bit thin for a one-hour format, but like HYBPA?, good casting (particularly a hilariously competitive Miranda Tapsell) makes this more fun than it should be.

The Letdown 9.35pm Wednesday on ABC

So this is the first all-new episode of the Aussie sitcom after last week’s re-edited pilot to accommodate a new actor. But in an effort to showcase the main couple, as they struggle to get their baby to sleep through the night, many of the fabulous supporting cast are sidelined. So let’s hope in the coming weeks we see more of Sacha Horler and Noni Hazlehurst … and I guess is it asking too much to wonder if Patrick Brammall is coming back as the drug dealer? Or is he too busy filming the American adaptation of No Activity?