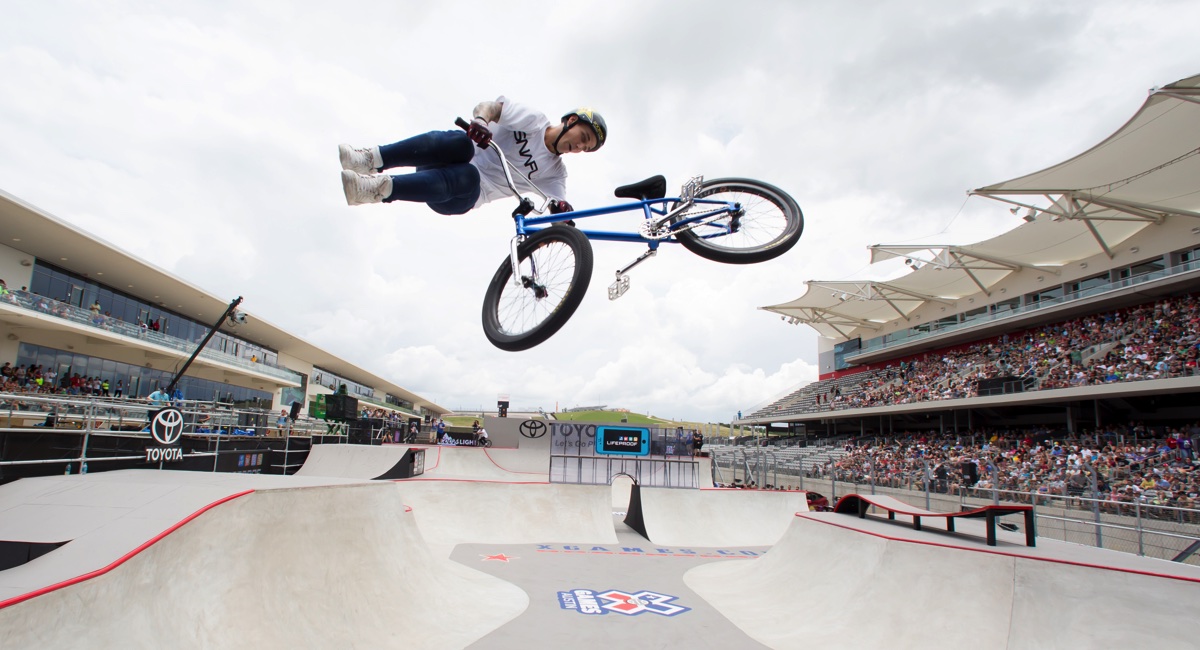 X Games began more than 20 years ago in 1995 in Newport, Rhode Island.

ESPN and Seven have partnered to create the first ever Australian X Games. It will be hosted in Sydney.

The extreme sport event will showcase world-class action sport athletes to the world with a distinctly Aussie flavour. It will be staged at Olympic Park on October 19-21 2017.

Seven’s chief revenue officer and the event director for Olympic Games, Commonwealth Games and Rugby League World Cup, Kurt Burnette said: “We are proud to be bringing the X Games to Australia. We have a terrific relationship with ESPN and we look forward to working with them to deliver an outstanding event.

“Our commitment to the X Games underlines our leadership in sports and provides a clear indication of the future development of our rapidly expanding moves into the staging of major live events. We will be powered by the scale of Seven West Media and ESPN audiences across all platforms and devices.

“Our Red Live business has developed a proven business model in driving promotion and ticket sales, as we saw in particular with the Royal Edinburgh Military Tattoo. Importantly, our direct involvement in the staging of the X Games and its delivery across all platforms, offers significant opportunities for us to build broad marketing partnerships for the event.”

X Games Sydney’s summer event line-up will be produced by Seven West Media. It will comprise Skateboard, BMX and Moto X categories, along with competitions across multiple disciplines such as Big Air, Street and Freestyle. Music, art and an “X Fest” festival activation, which have become features of the event globally, will bring Sydney’s Olympic Park to life.

X Games began more than 20 years ago in 1995 in Newport, Rhode Island. There are currently three events annually: a summer event in Minneapolis, a winter event in Aspen, and a mixed summer/winter event in Norway. It is among the largest festivals in the US with the most recent X Games in Minneapolis, Minnesota attracting 110,000 people over four days. Sixteen Australian athletes took part in the Minneapolis event.

The X Games in Sydney is expected to attract more than 68,000 people.

Australian X Games star and 2015 Red Bull X- Fighter champion Clinton Moore said: “I’m excited about X Games coming to Australia in 2018. I feel like in every X Games I’ve competed in in the past, it has been on their turf, but to have it here in Australia, I feel like it is my X Games to defend, and there’s nothing like having the support of your own country.”

X Games Sydney add to Seven’s sports slate and its increasing presence in the staging of live events. Seven is the network of the XXIII Olympic Winter Games in PyeongChang in 2018 and the Games of the XXXII Olympiad in Tokyo in 2020. It is also the home of the Commonwealth Games on the Gold Coast in 2018.

As an outdoor event, all medal event courses at X Games Sydney will be built and located on the field in the stadium. Across three days of action including 12 X Games Sydney medal events, event audiences and those watching on screens across the Seven West Media, ESPN and digital and social platforms will be treated to Vert, Moto X, Big Air and Street demo events and entertainment programmed each day to maintain the fan engagement.

The full schedule of X Games Sydney 2018 events will be announced soon.

For ticketing info visit the website www.xgames.com/sydney where additional information on all X Games Sydney events will be forthcoming for fans.