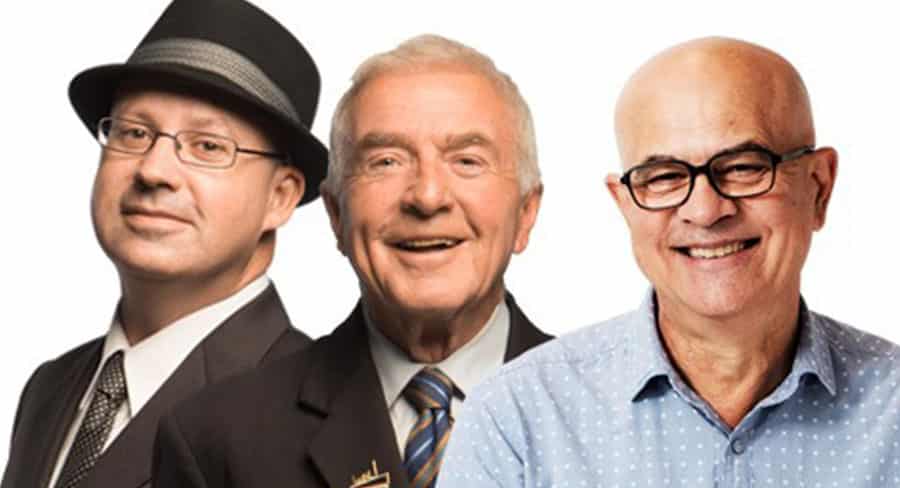 As radio bombshells go, 3AW axing the long-running late evening show Nightline caused only minor ripples yesterday. But they will certainly be felt by the program’s dedicated audience and cause some anger. The rusted-on audience who listen to Nightline and other 3AW programs feel they have as much invested in the station as the owner of Macquarie Media, Nine Entertainment Co.

The final Nightline will be broadcast at 10pm on Thursday September 26.

Nightline co-host and longtime Nightline producer Simon Owens isn’t holding any grudge about the axing of the station’s evening program.

“The station could have easily decided to end the program back when former host Bruce Mansfield became too ill to continue,” he told Mediaweek.

“They could have called it the end of an era. Steve Price was on air at that point from 8-10pm and it would have saved money. Instead Philip Brady and I have hosted another 765 shows together since Bruce’s passing. We have been blessed to have the backing of management who have kept us on air.”

Although they would have liked to continue, Owens explained, “It is because John Stanley is so good at his job that we lose ours.”

In a note to the audience yesterday, Owens was welcoming of Stanley’s expanded program:

John is a great broadcaster, and a really nice guy. We wish John all the best and we hope our regular callers will continue to call in. In fact many of our callers already talk to John during the 8pm – 10pm show currently.

As sad as endings are, new beginnings are exciting. John Stanley at night will be different but great. He loves news and current affairs, he loves his footy, and he loves chatting with listeners. Philip and I are both big fans of John and wish him all the best with his new venture.

Owens didn’t think the axing of Nightline was an example of Sydney-based Macquarie Media forcing more 2GB content on the Melbourne audience.

“I understand why people might say that. Radio has a history of networking on both FM and AM. Without networking Melbourne would have never heard the great Sydney programs hosted by Bob Dyer and Jack Davey. We have had networked overnight programs on 3AW before and it is nothing new.

“It didn’t make financial sense for us to be hosting a two-hour show. To pay myself, Philip and a panel operator in what is not a high income timeslot was hard to justify. We have been lucky they left us on air at all.”

For 3AW listeners, they will still get to hear short bursts of the hosts on weekends. “Philip and I will stay on Sunday nights hosting our nostalgia program Remember When.”

Owens will also host his own program for two hours on Saturday night, with Mike Brady losing his weekly program.

The Melbourne Macquarie station will also employ Owens during the week on other programming. He is also the station’s official historian, an honorary role!

Owens is sanguine about his situation. His love of the industry gives him an understanding about the business and succession plans.

“Everybody who is on air is there because somebody else is no longer on air.

“John Burns replaced Dean Banks at 3AW and there was anger at the time. Before that Ross and Dean replaced Bill Tuckey on breakfast. Current afternoon host Denis Walter replaced Ernie Sigley, Tom Elliott replaced Derryn Hinch. Stations need to do that to attract new audiences.

“Philip has enjoyed 30 years on Nightline and he has had a better run than most.”

Owens said Brady was upset initially, but will soldier on with the weekly timeslot.

What will Simon Owens do on weeknights now?

“I will be interested to find out what it is like to have dinner with my family. I might to invite Phil over to dinner to.”

Owens and Brady yesterday thanked regular contributors Andrew McLaren, Patti Newton, Paul Harris, Peter Hitchener, and Jim Schembri “who have been instrumental in keeping Nightline at number one for all these years”.

3AW’s historian yesterday noted Nightline started in March 1970 hosted by Don Taylor. “In it’s first year it would also be hosted by Donovan Joyce and John McIntosh. In 1971 Rev Alex Kenworthy took over the program followed by Bruce Mansfield and Philip Brady in 1991.

“Derryn Hinch hosted in 2000. Bruce and Phil returned in 2001. Since the sad passing of Bruce in 2016 the program has been hosted by Philip Brady and me.”