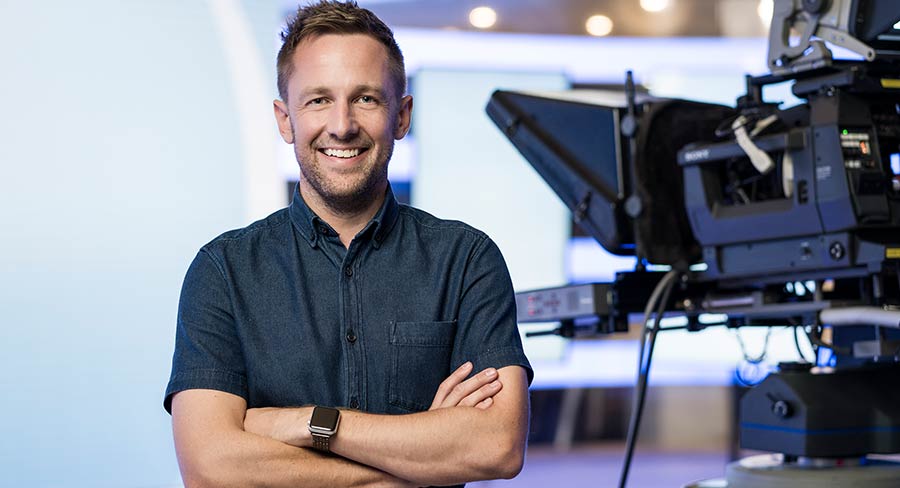 Just a day after Nine’s Married At First Sight finished its run, Network 10 launched the second season of Bachelor In Paradise into the timeslot hoping to move across at least some of the big Nine audience.

Network 10 spreads three different executive producers across its three Bachelor franchises – The Bachelor, The Bachelorette and Bachelor In Paradise.

Working as 10’s executive producer this year is Ciaran Flannery.

Apart from a month in Fiji, he also looks after the network’s music show The Loop, The Living Room (sharing duties with Sarah Thornton) and Body Hack with Todd Sampson.

Like all the Bachelor franchise shows in Australia, Osher Günsberg is the host of Bachelor In Paradise which brings former contestants from the other programs together. For its second season the show has returned to the same location in Fiji, but Flannery said it looks a little different due to a makeover at the resort.

Most of the cast will look familiar as they have all been on a former season of The Bachelor or Bachelorette, with some former US contestants also taking part again this season.

The executive producer said having participants who know the format is a great advantage.

Flannery told Mediaweek: “They get the basics and understand the requirements we have. The fact they know each other, or of each other, gives us content from day one. The fact the audience already has a vested interest in the people means we can get straight into the content much quicker.”

10 doesn’t need to spend too much of episode one explaining the personalities. “All we need is a bit of backstory about their previous Bachelor journey.”

Flannery doesn’t think the TV reality veterans are any less authentic than newcomers. “Remember that people get nervous in front of the cameras. People who don’t have the same level of nerves can be more genuine because they have done it before.”

Unlike The Bachelor and The Bachelorette, Flannery explained this is a “fixed rig” setup with cameras running 24-7. “People can’t put on an act and try and hide seven days a week for a month.”

Network 10 doesn’t skimp on quality with the newer Bachelor spin-off, with Flannery paying tribute to the work of production house Warner Bros TV. “They do great work and manage to keep the balance between that shiny production value and the gritty production value that you can get from a fixed rig.

“In Paradise we do see the producers and the crews now and again, because it is impossible not to. It looks a little more real in that sense.”

The shoot took a month in Fiji, with cast and crew working seven days a week.

Flannery and the production team have to keep a handle on all the narratives that are playing out during the shoot. He monitors a live feed from the cameras in a central control room.

“Some of the gold nuggets in the show we don’t know about until we get back,” he explained due to the volume on content continually being captured.

Flannery said 10 has made enough season of various Bachelor shows to know what they want each time. “It’s not like we are trying to reinvent the wheel,” he said.

“Every year you are looking to have the right ingredients in the recipe. At its is base the franchise is about love and romance and you want people who are there for the right reasons. At its is core you have to make sure the individuals who are there are genuinely trying to make connections and find love. After that you need to make sure there is comedy, love triangles etc, so it’s important there are people in there willing to give things a try.

“You want there to be some tears and arguments.”

When asked if there is enough fodder for gossip columns this season, Flannery said: “I think they will be ok. I am over the moon with the series this year. There is a lot of talkability and social media is going to love it.”

As to participants who might have a media career beyond this season of Bachelor In Paradise, Flannery said: “It is really hard to pick. There are people who have the ability to be media personalities, but it might not be what they want. Not everyone who does this show is looking for a media career. If that was the case there would be a lot more of them on TV now. It is an easy assumption to make that people who go on reality TV want to get a TV career, but that really isn’t the case. A lot of people are doing it for the experience in its own right.

“There are great characters in this season. As to whether they want to take it further or not, you would have to ask them.”

Flannery said some of the gold on reality TV can happen when the producers step back and let things unfold. “A lot of the greatest moments happen when the hands of the producer are firmly in their pockets. You want things to play out naturally.” He said there are plenty of those moments in this season, with twists and turns sure to surprise the audience.