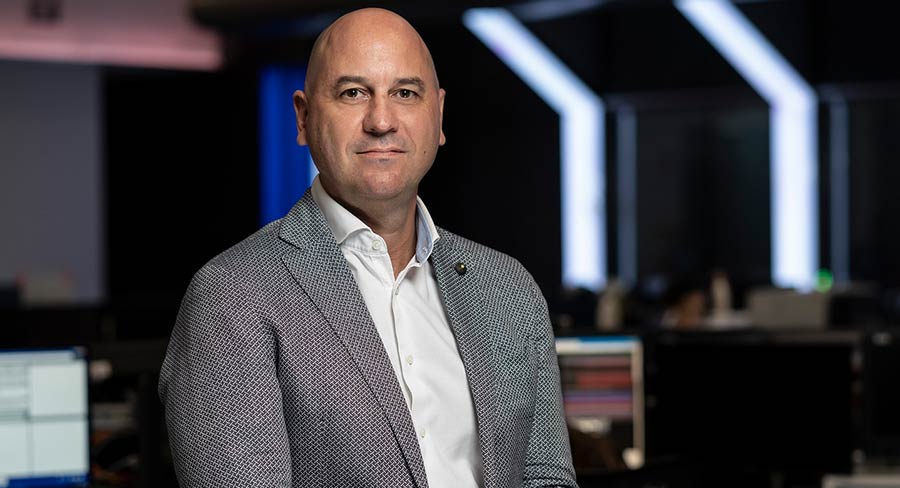 In the first birthday week of 10 Daily, the editor of the Network 10 digital start-up Chris Harrison told Mediaweek the original strategy has been vindicated.

“It’s all gone perfectly to plan. Our plan was to position this as a mobile optimised site for younger digitally savvy audiences and we are hitting that goal. Eighty per cent of our users are accessing 10 Daily on mobile and 58% of users are between 18-44.”

Harrison added that 62% of the site’s audience are female.

Harrison joined 10 Daily less than two weeks before launch. He joined the platform from HuffPost Australia, where he held the title of opinion editor. He previously held senior editorial positions at News Corp and has written for The Sydney Morning Herald, The Age, The Guardian, Sports Illustrated and Mamamia.

The content that is building a 10 Daily audience overs a broad range of topics. “A lot of people come to us because we are integrated with Network 10 content and its journalists and talent,” said Harrison. “They come for show related content – things like The Bachelor, Bachelor In Paradise, MasterChef Australia and I’m A Celebrity etc. But also we are leveraging our audience with 10 News First, The Project and Studio 10.

“We have some fantastic contributors like Lisa Wilkinson, Waleed Aly, Clementine Ford, Jane Caro and Tanya Hennessy. Our views and opinion platform is super popular and we are also doing bespoke content with features and video.”

Harrison noted 10 Daily also plays in the same news space as lot of other publishers. “You can’t be a news site without covering the news,” he said.

“We have lot of points of difference which people are coming to us for and we are pleased they are staying.”

Part of the attraction could be some of the edgier editorial they are running. Clementine Ford didn’t like what she saw as a cultural shift at Fairfax Media, so now she is feeding her following and attracting new readers at 10 Daily.

Harrison: “We are running some edgy content. Last Friday Clementine Ford wrote about the men who pass abortion laws will never have to suffer the barbarism of them. We run hard-hitting content when we need to.

“We have spent 12 months working out what our readers like and we are lucky to be able to cater to them across all our verticals from opinion and so on.”

Our tag line is “News with benefits” – a lot of people are coming to us for news, but they are also staying for the benefits.

Access to 10’s library of video content is a big drawcard with Harrison telling Mediaweek 10 Daily has so far served around 2.7m video streams. 10 Daily is able to use video from 10 and CBS programming, but it has its own dedicated video team too in addition to relying on its partners.

“We did a great feature on will Tony Abbot lose Warringah for example last week.”

10 Daily targets commuters morning and late afternoon and chooses stories that will satisfy that audience. “Hard politics is possibly preferred at other times of the day, but at the moment because of the election that can be across the board.

“Breaking news of course always takes priority whenever it happens.”

With a younger audience there is a perception that 10 Daily might stay away from stories like finance and superannuation. Not so. “We are finding younger people are getting more interested in superannuation stories.

“The challenge for us is not to ignore content we think our demographic won’t be interested in, but to make it relevant for them. Write it in a way that talks to people coming to our website.”

“Our TL; DR [Too long; didn’t read] wraps of The Bachelor and The Bachelorette have been hugely successful with Matt Whitehead and Nick Ray doing a fantastic job with their video recaps which are super quirky and off-the-wall. They are part of our signature where we are serious when we need to be and we have a lot of fun when we don’t.

“Our drought coverage has been fantastic and one of our video crew noticed a poem a young boy had done. It was a heartbreaking poem about living on a rural property during times of drought. We got him to narrate that to camera and that instigated a video and editorial series on the drought. We leveraged all our networks around Australia to cover the drought and did a 10-part story on it. It helped spark a national conversation and lots of other media started covering the drought too. We were very proud to be leading a national conversation just six months after launch.”

The original reading of that poem has been one of 10 Daily’s most-watched videos.