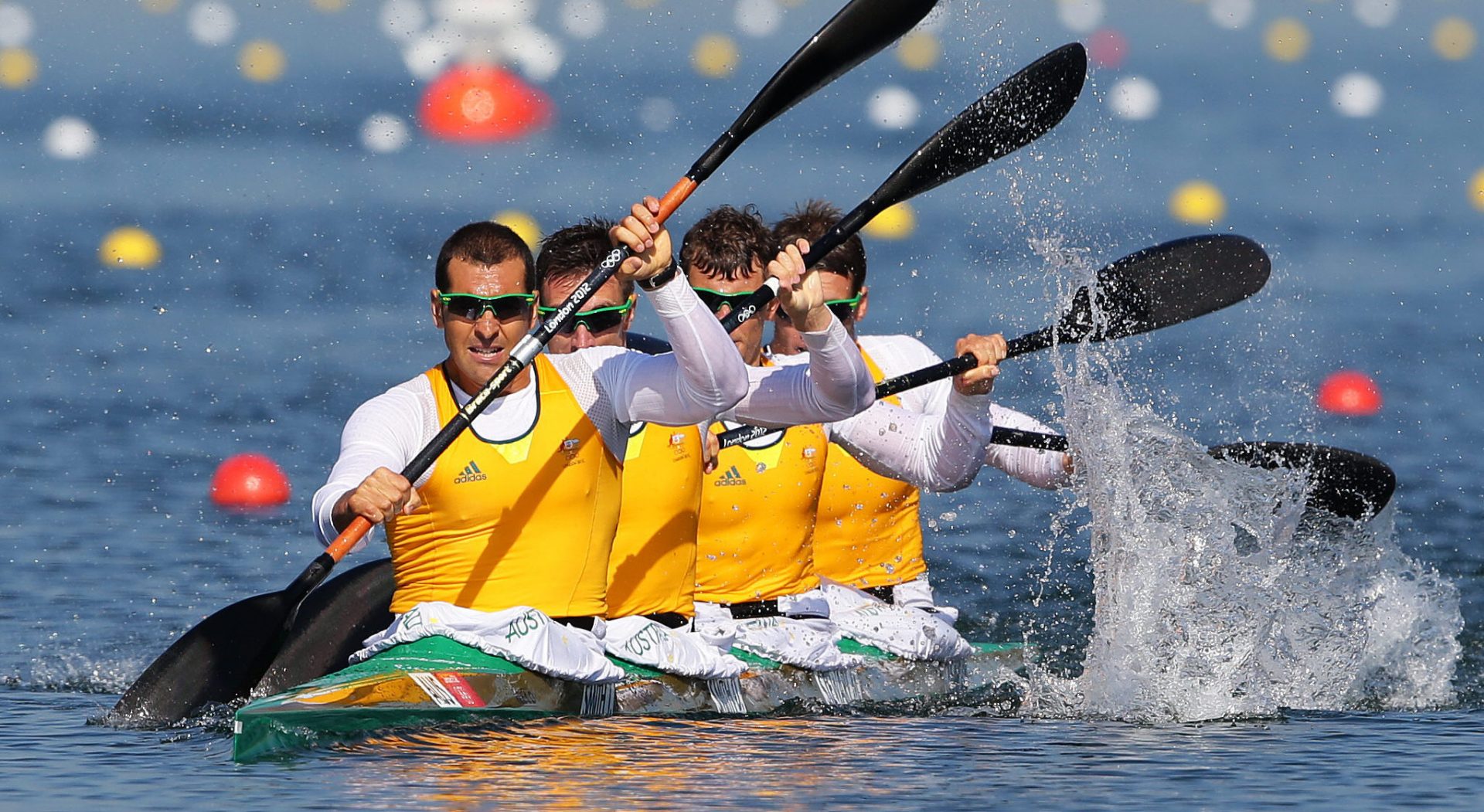 Newswire service AAP to bring the Australian stories from Rio

It costs the Australian Associated Press about $16,000 per head for every journalist, photographer and producer at the Olympic Games.

However, this is a cost-effective measure for the subscribers of AAP, editor-in-chief Tony Gillies claimed.

“Some of the larger organisations are now sending fewer people because they know that we have the basics covered,” he said. “They will send the people that can add their brand of unique colour and tone to their coverage.”

Mediaweek visited the AAP office in Rhodes, Sydney, to talk to Gillies and editor Mike Osborne on the Friday before the AAP team of 32 people – including three reporters dedicated to covering the Games for New Zealand – was heading to Rio de Janeiro.

Osborne has reported from the Olympics during the last six summer Games – leading the coverage for three of them from 2004 to 2012. This year, he passed the duty on to AAP’s Olympics editor Holly Nott. “I love the Games – they are very exciting – but I must say it’s quite a relief to be able to pass the baton over,” he said, smiling.

During big events like the Olympics and Commonwealth Games, the staff on the ground is working 16 hours per day. The Rio Games are no different.

“Most days start pretty early at 6am and often you are still there until 10-11pm,” Osborne recalled. “The most memorable thing about the Olympics is the buzz and the vibe that goes around the community and the media centre.”

Despite the relentless working schedule, the reporters on the ground think of it as a privilege. After all, they get to witness a “small part of history” being made, Osborne declared. 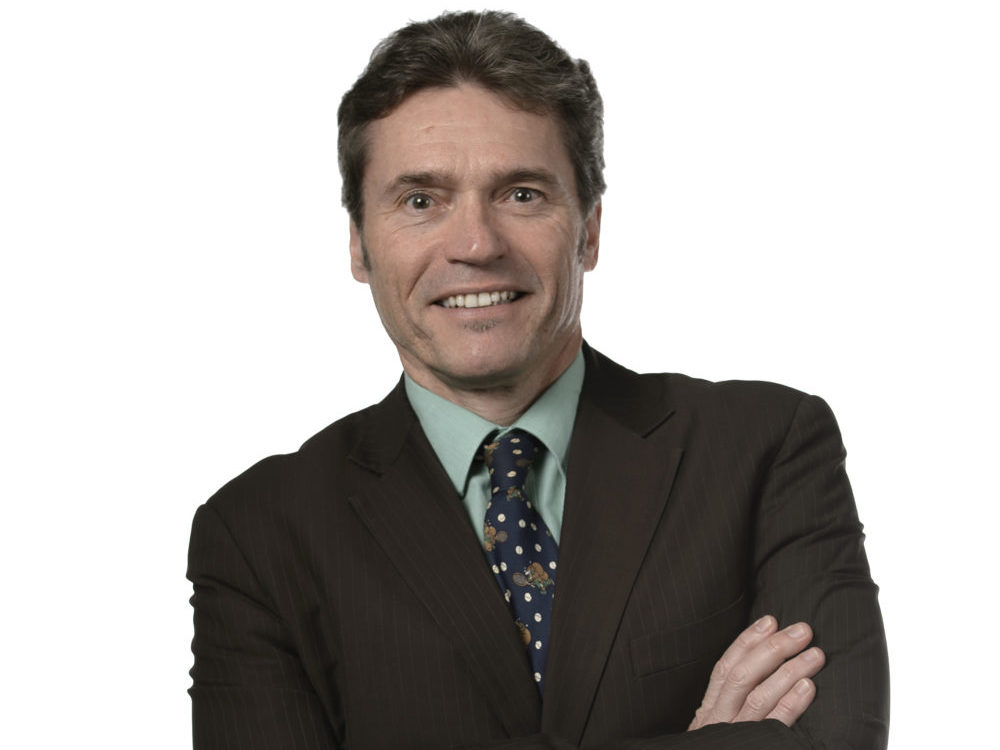 The lead figure for the team on the ground is not only responsible for the organisation’s coverage of the Games, but also for providing pastoral care to the team that is there.

Osborne reminisced: “One of our journalists at the Beijing Olympics, towards the end of the Games, fell asleep on the back of a media bus heading back to the Media Village. He didn’t get off the bus. The bus driver didn’t see him because he was lying down. About eight hours later, when he woke up, he was in a bus shelter somewhere in Beijing.

“Eventually, he managed to call us. We knew he was missing, but we weren’t panicking just yet.

“He did call in and say, ‘I don’t know where I am. Someone come and get me.’ We did end up getting a taxi out to him,” Osborne laughed. 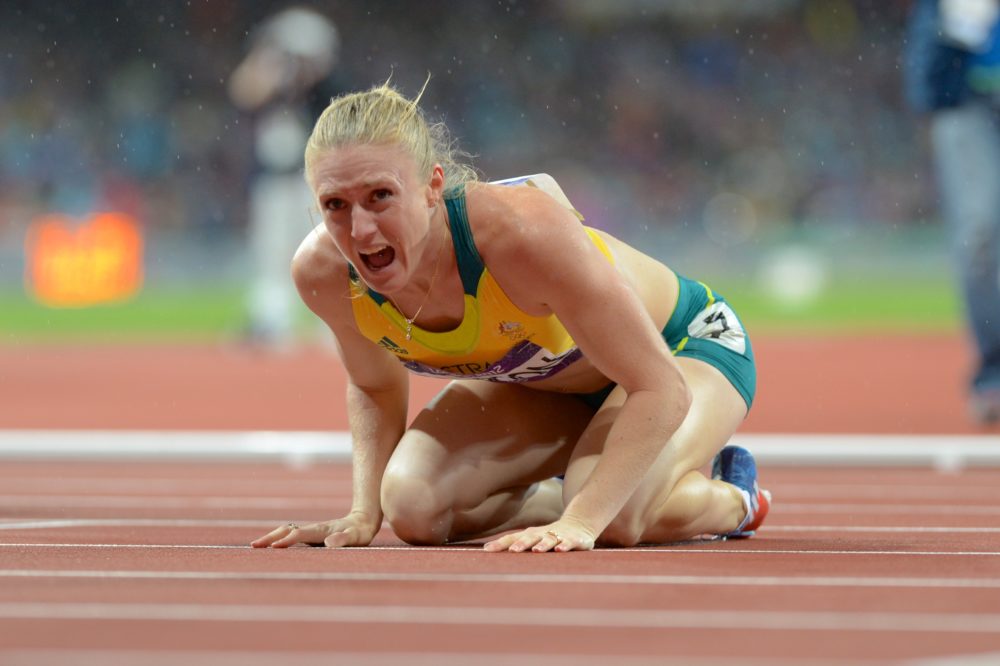 Sally Pearson reacts after winning the gold medal in the women’s 100m hurdles during the Olympic Games in London, Aug. 7, 2012. (AAP Image/Dean Lewins)

The long working hours and the rapid pace of the Olympics coverage contribute to such incidents, Gillies said. “We don’t have issues where someone is slacking off.

The advent of technology and social media has given everyday citizens more power than ever to break stories happening any where in the world. This has also put pressure of news organisations to publish stories at an unprecedented pace.

Asked about how relevant are AAP’s services to news outlets in Australia today, Osborne said: “Speed is one of our key components. Our journalists have a standard process where they have to file three pars within three minutes of any given event. If it’s a massive event, then it’s one paragraph.”

“You can’t cut corners in terms of verification, accuracy, balance, fairness and all that sort of things. Our concern has always been that if you create a culture of being first, then things might go astray. People then might be prepared to cut a corner or two.” 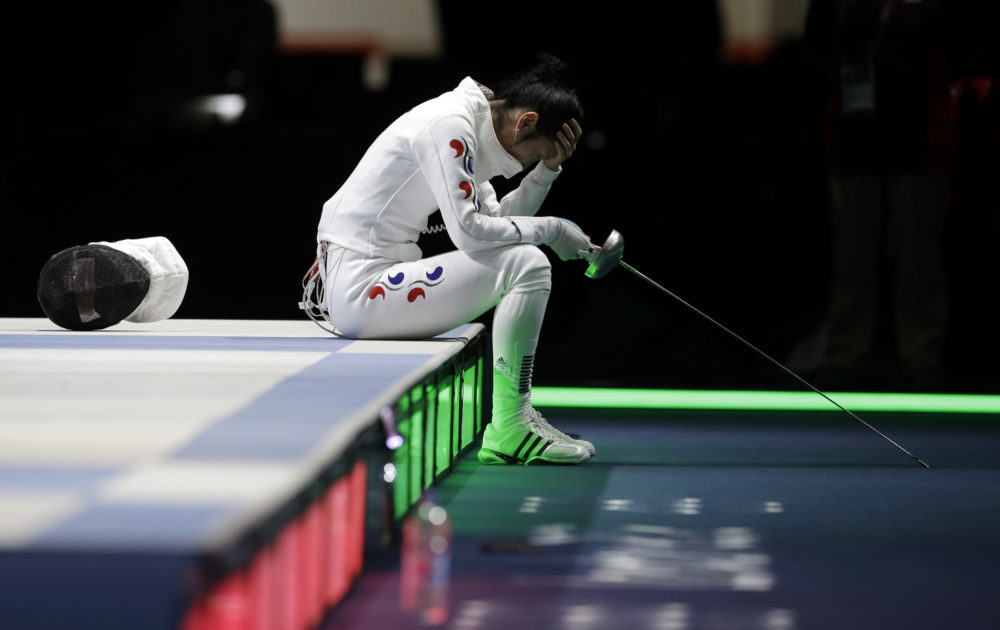 South Korea’s Shin A-lam waits for an appeal to an officials’ decision at the 2012 Summer Olympics, Monday, July 30, 2012, in London. (AP Photo/Andrew Medichini)

AAP’s need for speed is also carried through in its Olympics coverage. Osborne acknowledged that many of the 32 staff members headed for Rio will be at their fifth or sixth major sporting event.

When selecting the people to cover the Games, there are certain criteria that they look for.

“We are looking for people who can take a photo, shoot some video, tweet and write a story all within 10 minutes of an event happening,” Osborne said.

“We put a lot of effort into training young cadets at AAP. Our team has about six ex-cadets – that’s 25% of the team.”

“You have to put yourself in a position where you can respond with spontaneity. If we are not as planned as we are and those events occur, then it becomes chaotic” – Gillies

The planning process for major events like the Olympics begins two years in advance, when a draft schedule is made available by the organising body.

“We start taking the draft schedule apart from the time we get it,” Osborne explained. “We look at the key events, so when superstars like Michael Phelps or Usain Bolt will be competing. Then we also look for the events that are going to be key to the Australians. So, for example, we will be looking for when Cameron McEvoy is going to be swimming 100m freestyle.

“On the ground in Rio, we have one person dedicated to updating that.”

Gillies claimed the slow and careful planning process is important in making sure that things run as smoothly as possible in what is usually an unpredictable environment.

“There are so many moving parts to this: schedules change, performers’ fortunes change, there are injuries and there are unexpected results.

“You have to put yourself in a position where you can respond with spontaneity. If we are not as planned as we are and those events occur, then it becomes chaotic.”