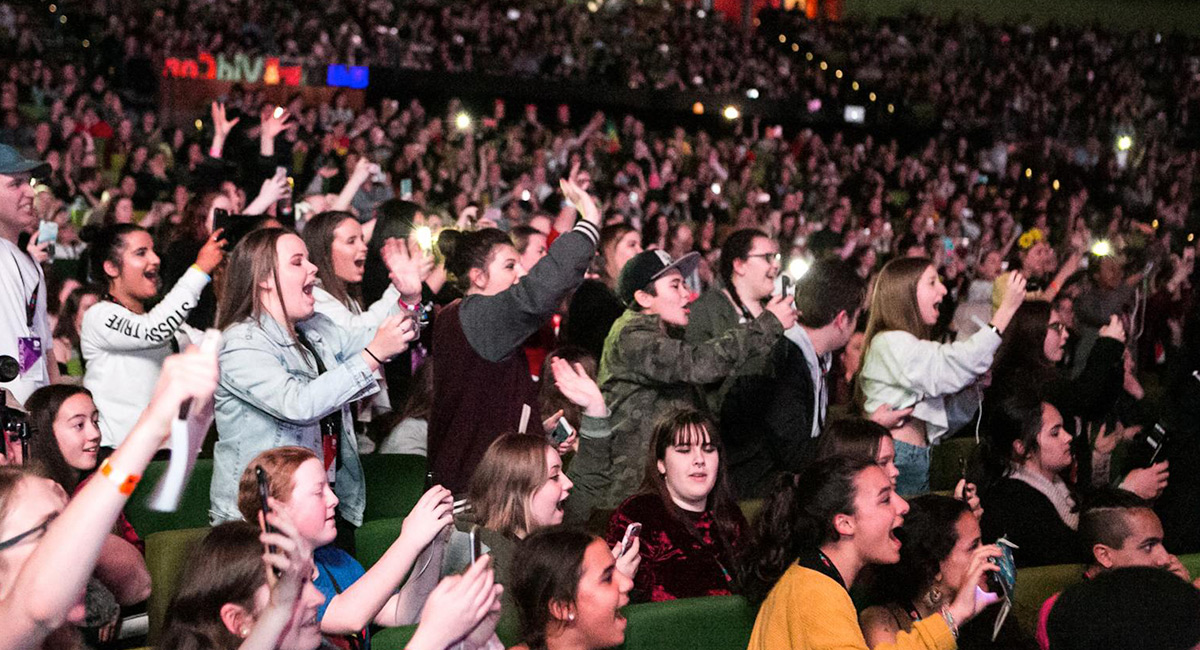 Melbourne is the only city in the Asia Pacific region to host the convention.

The Victorian Government has locked in the world’s largest online video conference, VidCon, at the Melbourne Convention and Event Centre (MCEC) for another two years.

Melbourne is the only city in the Asia Pacific region to host the convention, which will see thousands more digital content creators, online video fans and businesses come together later this year.

VidCon will be held at the Melbourne Convention and Exhibition Centre August 31-September 2 2018.

Viacom announced earlier this month it had acquired VidCon.

Tickets sales have opened with prices ranging from $100 to $550.

The event will feature the top YouTube stars participating in a range of Q&As, discussions, interviews, meet and greets, demos, workshops and more. The wealth of content on offer will be carefully curated with a view to inform and educate video creators, fans and industry professionals alike.

Jim Louderback, VidCon General Manager, said: “When we brought VidCon to Melbourne last year, we had such an overwhelming response from Australians. There was no question we would do it again this year. It was a sell-out event in 2017 and we’re certain we’re going to replicate that success again this year, with video becoming more and more popular.

“Australia has such a highly engaged and active online video community that, when we talked about expanding internationally, it just seemed the obvious choice…

” We’ve been very impressed with the strong government support that we’ve seen in Australia – not just of VidCon but also the general efforts to build online video market through funding digital originals.”

Victorian Minister for Tourism and Major Events John Eren said: “VidCon’s choice to expand internationally to Melbourne proves why we’re the creative capital of Australia. It’s a fantastic opportunity to showcase the best of our creative talent to the world.”