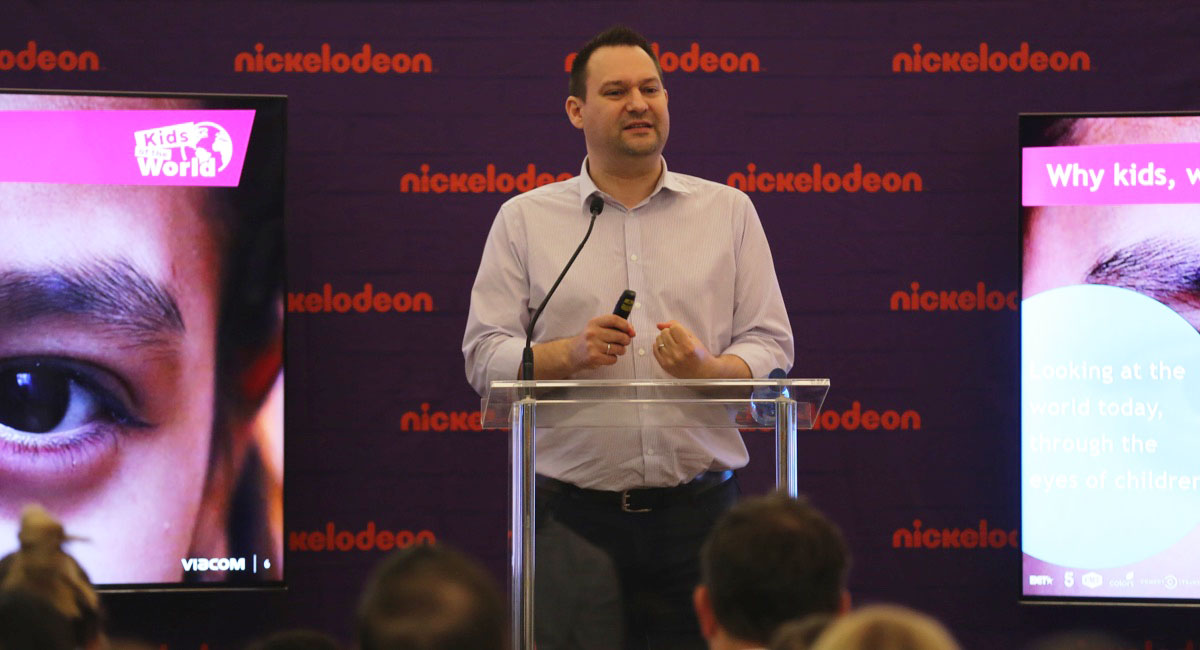 ‘The future of our business depends on being close to the audience.’

Viacom invests a lot of its time, money and energy into research to ensure that it is connecting with its audience in the best way possible. The person responsible for any consumer insights research that takes places outside the US is Christian Kurz, the company’s senior vice president of global consumer insights. He was recently in Australia to unveil Kids Of The World research.

• Nickelodeon’s The Grand Illusion research: Being grandparents in the 21st Century

“I am the voice of the consumer at the company,” Kurz told Mediaweek after a presentation at the Nickelodeon HQ in Sydney. “Most of the businesses we do is business to business to consumer. Therefore, my consumer insights come in saying, ‘The consumer wants X so how can we facilitate that? What does that mean?’

“Research is at the foundation of everything we do.”

The Kids Of The World research takes a look at the world through the eyes of 6- to11-year-old children, which is the target audience of Nickelodeon. “Preschoolers, kids and people are changing all the time. Even what it means to be an adult now is different from what it was five to 10 years ago,” Kurz said. Out of the three markets that he listed, Viacom likes to refresh its research for the kids market often, because the changes are “faster” in that demographic than others.

There are two key purposes of investing in research at Viacom: to inform advertisers and to learn for itself about what it could be doing better.

“We want to make sure that we reflect the audience in our content and the way we speak and market to them,” Kurz said. “The future of our business depends on being close to the audience.”

How much influence does research have on the content that comes from Viacom?

Kurz said, “I would like to think a lot. If you ask the creatives behind the content, they may not agree with that. [Laughs] I can’t point to a specific decision and say, ‘We did this because research told us that.’ What we do is share a lot of the stuff with our internal teams before it goes public but we also share the findings outside. We shared a version of the Kids of the World research at Kidscreen Summit 2018, which is where all the content creators talk to each other.

“I’d like to think that the sort of work we do has an impact in a more subliminal way.”

Talking about his focus for the next year, Kurz said: “In a large organisation there are many different things.

“The given focus is to continue understanding our audiences. The additional focus beyond that is looking into how do we grow more in the digital space. We have just launched Viacom Digital Studios, which a short-form production hub.”

Along with this, Kurz and the research division at Viacom globally will be looking into how brands can come to life beyond the screen. This is due to the company’s push in the experiential space.

“In New York, we launched The SpongeBob Musical and Mean Girls. Both of those received Tony Award nominations so that is a starting point in that space. We have signed theme park agreements in China. Beyond that, we are also doing mall experiences and launching hotels. So it’s about asking the question, how do we take all these things into the real world from a consumer perspective?”

In his long career in the media industry, Kurz has worked in Europe and America. He held various roles at Discovery, Disney and Warner Bros. Kurz says his career in television is a dream come true, as he has always been “obsessed” with TV since he was a little boy. “At seven, I made my parents drive for 20 minutes to their friends’ house because they had a TV channel that we didn’t have so I needed to see what it looked like.”