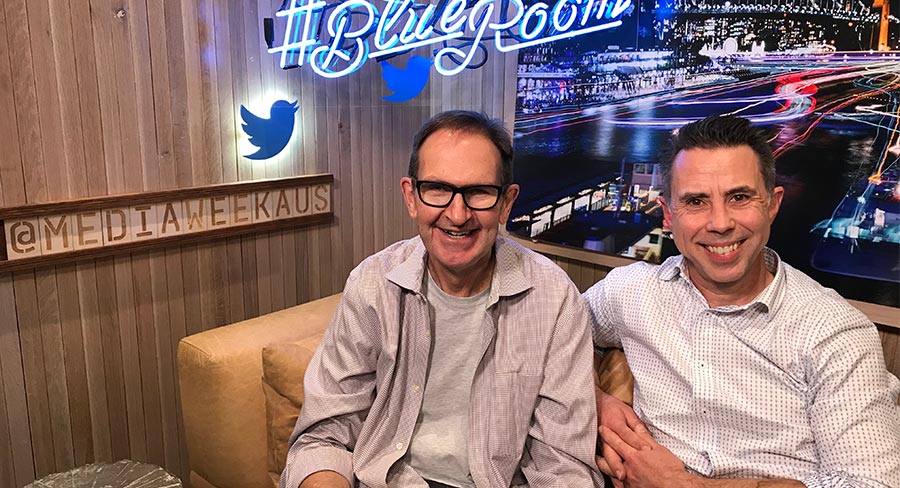 Former TV newsman Jonathan Harley has a big brief. He is the one-person department who works with news brands across Australia to help them bring engaging content to Twitter.

As director, news, Asia-Pacific, for Twitter, Harley also looks after the entire region, which keeps him pretty busy in addition to his domestic duties. It’s a region that includes India, the world’s second-biggest country, and Japan, which is in the top 10 by population.

“It is not one or the other,” Harley told Mediaweek. “We have a sophisticated approach to delivery of news from where the users are. We are the one place on the planet where you can get news, live content and conversation in the palm of your hand.

“In the past decade there has been a massive transformation from the newsstand to mobile. All news leaders understand that Twitter is key in that ecosystem. ABC for example has consolidated a lot of its social media handles under the umbrella of ABC News.

“It has made a lot of sense for ABC news director Gaven Morris to not have [social media] handles for all the separate programs.

“We do a lot of work with newsrooms and journalists to ensure they are getting the best training and using the best tools to let them think about Twitter, promote themselves and grow their followers, and to promote the stories they do in the service of their employer.” Harley said when he holds newsroom workshops in Australia or places like Singapore and India, he finds a renewed excitement about the way Twitter can be used.

“I call that showing you are working. It is easy for journalists to forget the access they have or the expertise they have. The story is central, but we see a lot of Twitter engagement about the process that goes into the stories.

“When Rukmini Callimachi, the reporter who covers Isis for The New York Times, tweets she will post a 20- to 25-tweet thread showing source documents, photos, how she got the story, maps of the journey she has been on, that drives a lot of conversation. That’s when Twitter starts to get really exciting.”

“We are here to service the conversation and help partners with content. We do curate through our Moments team, which has developed over the past two years with a team in Sydney and one in Japan for example.”

Twitter works with all major news organisations in Australia. When asked who is some doing innovative work, Harley mentioned SBS, BuzzFeed, Seven and the ABC among many others. Harley’s small team outside of Australia covers the Asia Pacific region and their duties include everything from handling verification requests through to holding meetings with senior leaders in the media sector and discussing how Twitter can help with their audiences in exploring and driving revenue opportunities.

As to commercial opportunities, Harley explained: “There are three big buckets.

“One is reaching an audience, which is key, and we work with publishers to extend their reach and in particular to find a younger audience.

“Another is the innovation bucket and how they can be using the platform.

Clarity of voice: You have to find and express your voice. That can take a little bit of time and experimentation.

Photos and videos: If content has a strong image component, then that is always going to work more effectively. Photos travel four times more than text and video even more than that.

Consistency: Be regular – be constantly attending to the work you are doing and using your voice and keep people up-to-date with how you are covering a story through the course of the day and what you are seeing from others. There is great value in being generous by sharing other things you are seeing.

Hashtags: Still a great way to ground a conversation. Don’t use too many – two or three maximum – otherwise it starts to get a bit spammy.