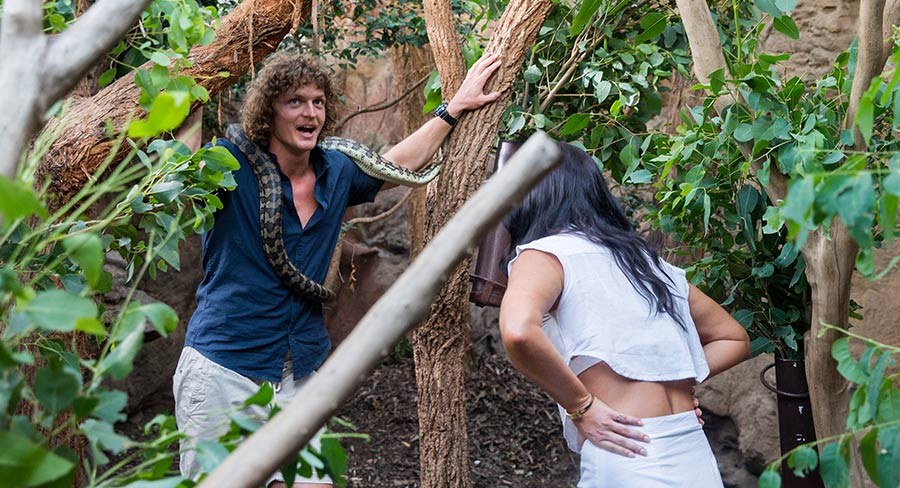 • Brooke’s big secret reveal on The Bachelor has 884,000
• The Block beaten by the Ten dating reality show on Wednesday TV
• Australian actress Sigrid Thornton gets candid on ABC’s Anh’s Brush With Fame The broadcaster’s news bulletin was its most-watched program. The audience for it increased from 908,000 to 921,000 for the half hour starting at 6.30pm.

The walk-through episode of The Block saw one piece of advice from Shelley Craft handed out to three of the five couples: the pantry is too big. Bianca and Carla, Norm and Jess and Hayden and Sara all put their own arguments forward, but the judgment from Craft remained the same. At the end, Kerrie and Spence took out the $10,000 prize from Domain.

It was also challenge day for the Blockheads. They were given a sculpture challenge by the show’s judge Neale Whitaker. Hayden and Sara were the winners, taking home $5,000.

The Wednesday night episode of the Nine renovating show had 870,000 watching. It ranked #6 behind The Bachelor on Ten.

Home and Away was the broadcaster’s most-watched non-news show. It had 650,000 tuning in. Motorbike Cops, Highway Patrol, The Chase Australia and 9-1-1 secured spots inside the top 20 shows for last night too.

After a week of heavy promotions on Ten about contestant Brooke’s big secret, all was revealed on last night’s episode of The Bachelor. It wouldn’t be an overstatement to say that the secret was a little underwhelming. Brooke’s concerns about Nick changing his perception of her after knowing she’s dated women in the past were all laid to rest. The bachelor didn’t bat an eyelid. However, the marketing around the big reveal did do the trick. Last night’s episode of The Bachelor had 884,000 watching. It was the most-watched non-news show on TV last night and also the #1 show in all demos.

The news was the channel’s most-watched program, closely followed by Anh’s Brush With Fame. Australian actress Sigrid Thornton was the guest on the show last night. The Wentworth actor was brought to tears as she recounted the passing of her father after a long battle with illness in 2014. This episode of Anh’s Brush With Fame was watched by 665,000.