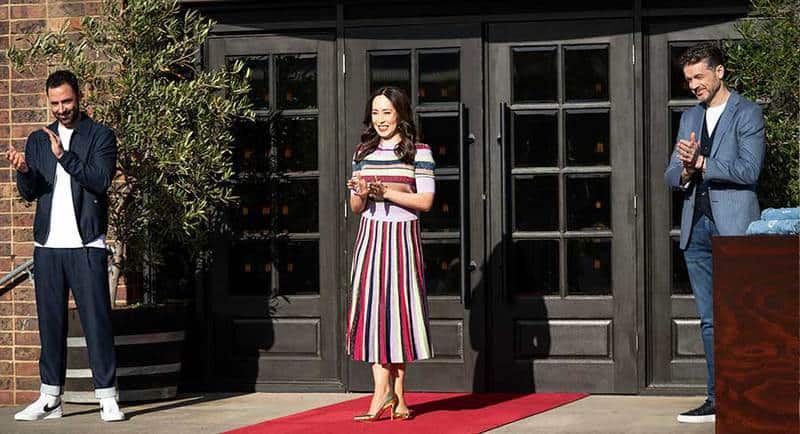 • Nine cruises to a Sunday win with News, Block & 60 Minutes

• The Block: Harry and Tash drive off with the cash in a Mustang
• Nine cruises to a Sunday win with News, Block & 60 Minutes
• CJZ’s Sunday magic again for Seven with The Biggest Storm
• Return of Junior MasterChef manages launch audience of 524k
• Renovation Australia’s Millers Point mansion gets 484k 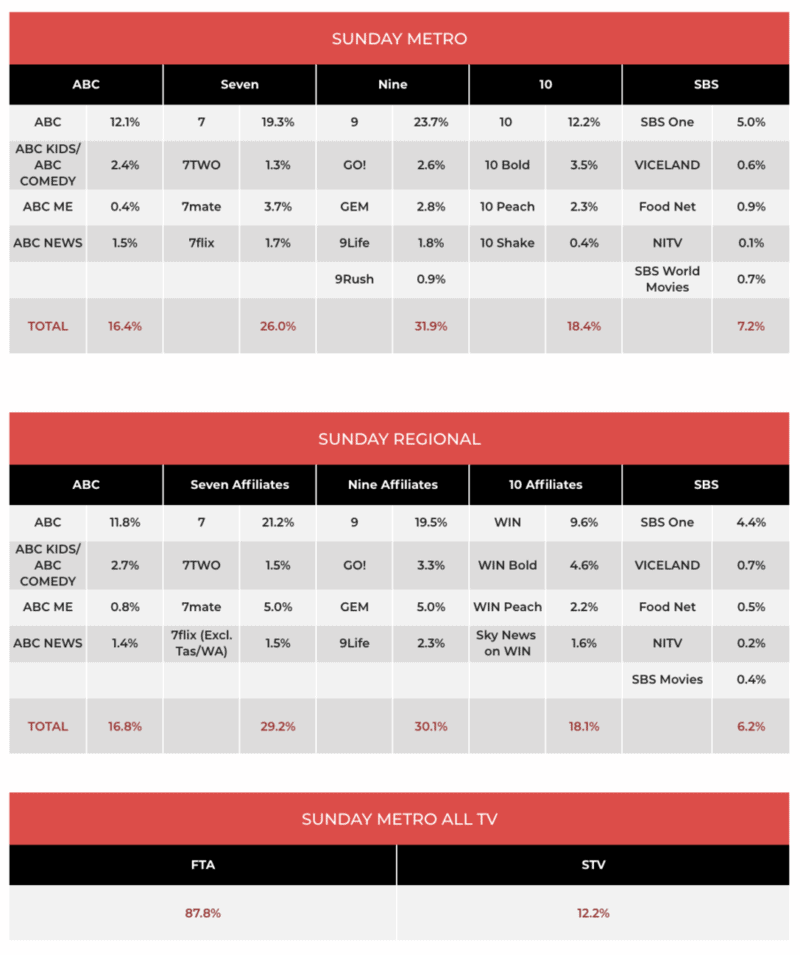 Seven: Filling the 7pm slot was the 7News special Cruising: The Biggest Storm. The program looked at the history of cruising and the cloud hanging over its future. The CJZ-produced program featured interviews with insiders, whistleblowers, experts and ordinary travellers, and revealed the stories of passengers who contracted Covid-19 on board cruises. After finding a big Sunday audience with Murder in the Outback earlier this year, CJZ has done well again with Cruising ranking #2 in the slot with 658,000, outperforming the launch of Junior MasterChef.

Staring around 9pm, Crime Investigation Australia featured the man dubbed the Mornington Monster. With a finish after 10pm the episode was on 281,000.

Nine: The Block featured the reveal of the Living/Dining spaces and in the lead-up Scott Cam had lunch at his Melbourne residence, a former Block unit in the Port Melbourne complex which the Herald Sun revealed recently cost him just over $2m, with Jimmy and Tam. He managed to find out they have $80,000+ at their disposal as the series reaches its final few weeks. After a good room from Harry and Tash, it looked like Daniel and Jade could be on track for a successive win with a space that wowed the judges. Judge Darren disagreed with Shaynna and Neale earlier in the night but they were all in agreement on how good this work was. Jimmy and Tam were judged last – they had a lamp and storage, but were missing one key feature – a dining table! Shaynna was right: “What were they thinking?” Especially with all that cash in the bank. The room winner was Harry and Tash, although the viewers chose Daniel and Jade, and Harry and Tash got $10,000 plus the use of a Ford Mustang for a week. The audience of 992,000/1,086,000 comes after 981,000/1,058,000 seven days ago.

This week on The Block could be interesting with Harry and Tash in trouble with Keith and Sarah and George having a special “@#$% the judges” week after successive weeks of poor marks.

60 Minutes followed with Tom Steinfort reporting on a fightback underway led by high-profile Australians who have been subjected to cruel and targeted attacks on social media. Former NRL coach Anthony Seibold, who was the victim of a horrendous attack, has launched his own investigation to track down those who spread vicious untruths about him on social media. Channel 9’s Erin Molan, who has suffered years of unrelenting abuse on Facebook and other platforms, is now campaigning for much tougher penalties, including prison sentences for perpetrators of trolling. The episode was on 667,000 after 578,000 last week.

Nine had an audience of 119,000 watching the Suncorp Super Netball final in the afternoon.

The mini would-be chefs turned up with a parent at the start of Junior MasterChef Australia as they met judges Andy, Melissa and Jock in the herb garden outside the MasterChef kitchen. Before the first cook commenced, they were presented with their MasterChef aprons by Melissa which was used to introduce each of the 14 contestants. The cooking from all contestants was mighty impressive especially Dev and Laura who were judged as having the two best dishes. “Do you know Peter Gilmore,” asked Jock to Laura. “That is as good as his snow egg.” The nearly two-hour episode launched the season with 524,000 watching, well short what the very first episode did with 2.2m almost exactly 10 years ago, and half of the 1m+ watching the launch of season two in 2011. The launch episode has managed to halve in each successive season.

On Sunday afternoon 10 had an audience of 233,000 watching game one of the Bledisloe Cup as Australia managed to secure a draw.

ABC: Series three of Fremantle’s Restoration Australia is not a lot different to Grand Designs Australia from the same production company. Both series make fascinating viewing for those who enjoy renovation, although throwing the ABC version up against The Block might limit the numbers watching live. The series started with a major $5m Millers Point upgrade that attracted 484,000 viewers.

SBS: Episode three of Ancient Superstructures focused on The Great Wall of China with 178,000 watching.