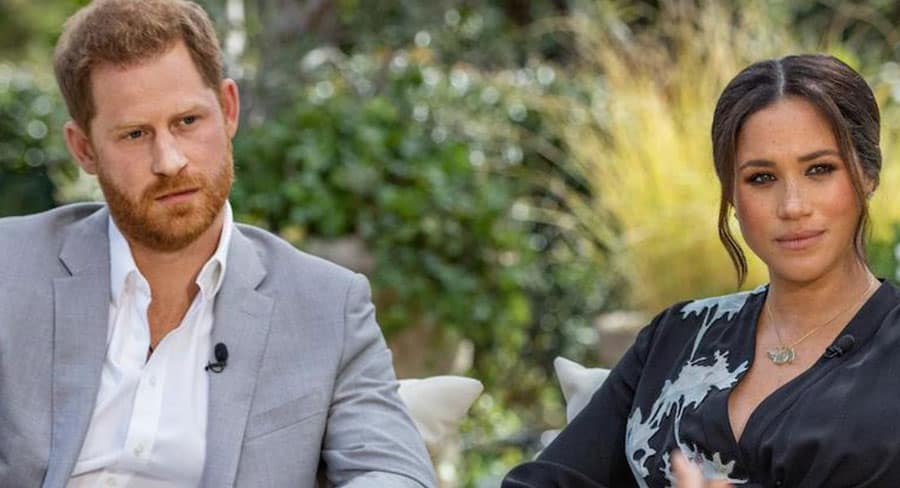 • Meghan and Harry interview has over 1.3m tune in

• 10 wins Monday with royal couple outrating TV newlyweds
• Despite strong competition MAFS still has over 800k
• Ultimate Tag has under 300,000 in second episode 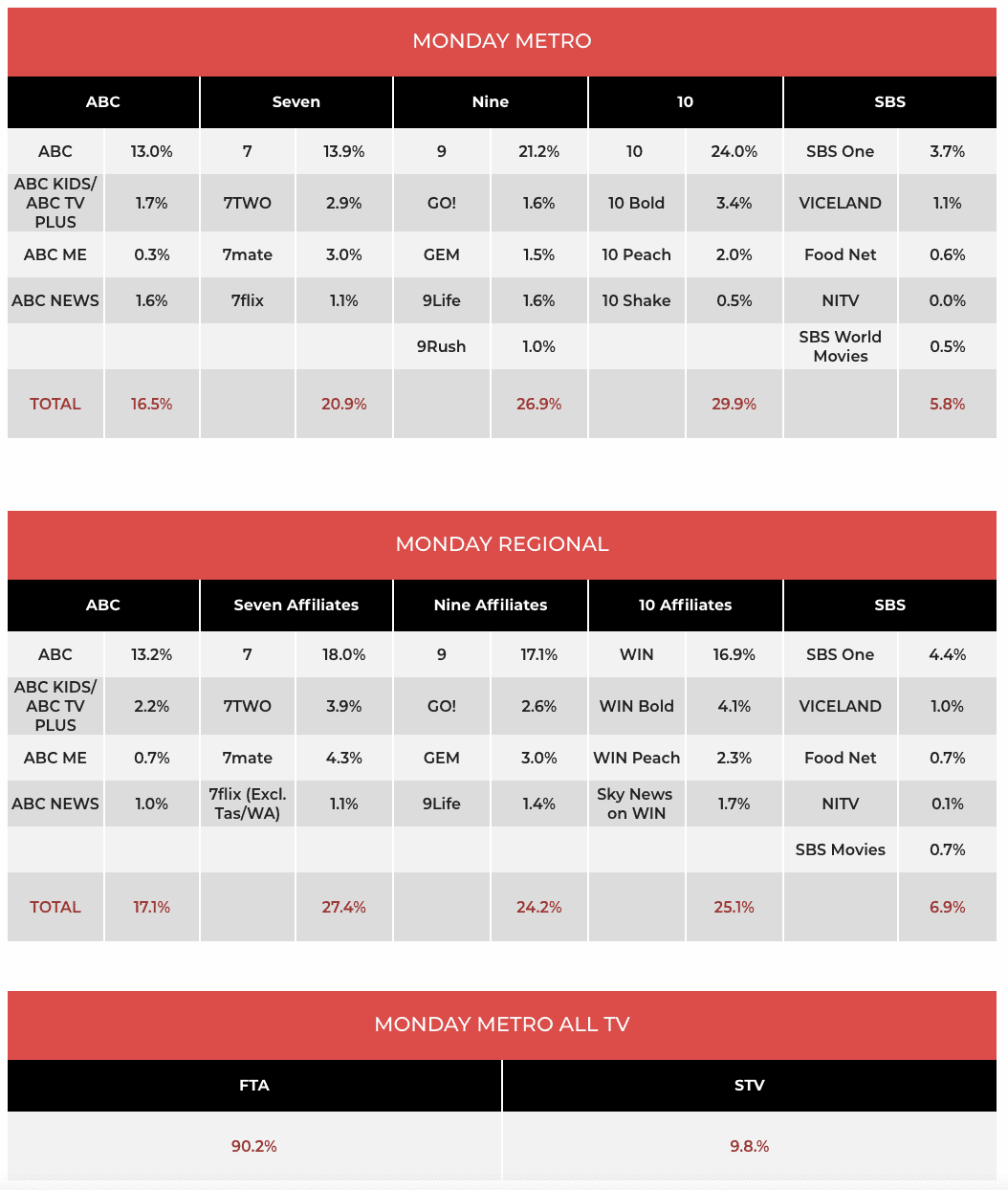 10 had the top primary (24.0%) and network (29.9%) share last night as 1.36m tuned in for Oprah Winfrey‘s two-hour interview with Prince Harry and Meghan Markle. This was the highest rating program of 2021 so far, with the special interview also dominating all key demos.

In an explosive interview, there was a range of allegations made that included that Markle was refused help when suicidal and that the royals refused to make their son Archie a prince because they were worried how dark his skin would be. The couple also said that they were cut off financially from their family and that Catherine, Duchess of Cambridge made Markle cry before the royal wedding.

The interview can be watched on 10 play here.

The interview was the story of the night as both Seven and Nine’s 6 pm news led with the Meghan and Harry interview for close to the first 10 minutes of their bulletins. The story was also featured on A Current Affair and The Project.

354,000 tuned in to Hughesy We Have a Problem as Jess Eva, rounded out the week’s panel with regulars Becky Lucas and Nazeem Hussain.

Comedian Josh Thomas weighed in on some problems while chef Curtis Stone Zoomed in with a culinary conundrum.  2019’s infamous “Eggboy” aka Will Connolly also joined the gang in the studio.

10 also had the #1 multichannel with 10 Bold having 3.4% thanks to multiple NCIS episodes.

For the first time this year, Nine lost the primary share and network share while airing Married at First Sight. Despite the stiff competition the social experiment still had a strong 804,000, although this was down on last Monday’s 1.02m, and outrated by its lead-in program A Current Affair which had 839,000.

Under Investigation with Liz Hayes was down from its strong premiere last week of 755,000, with the second episode of the series having 438,000 tune in. The show covered the disappearance of Janine Vaughan and was up against the last half hour of the Harry and Meghan Markle interview.

Seven’s new 7 pm tentpole program Ultimate Tag had stiff competition last night from both MAFS and Harry and Meghan. The show’s second episode had 260,000 which was down on Sunday nights 447,000.

The top show of the night for the broadcaster was Home and Away with 545,000. 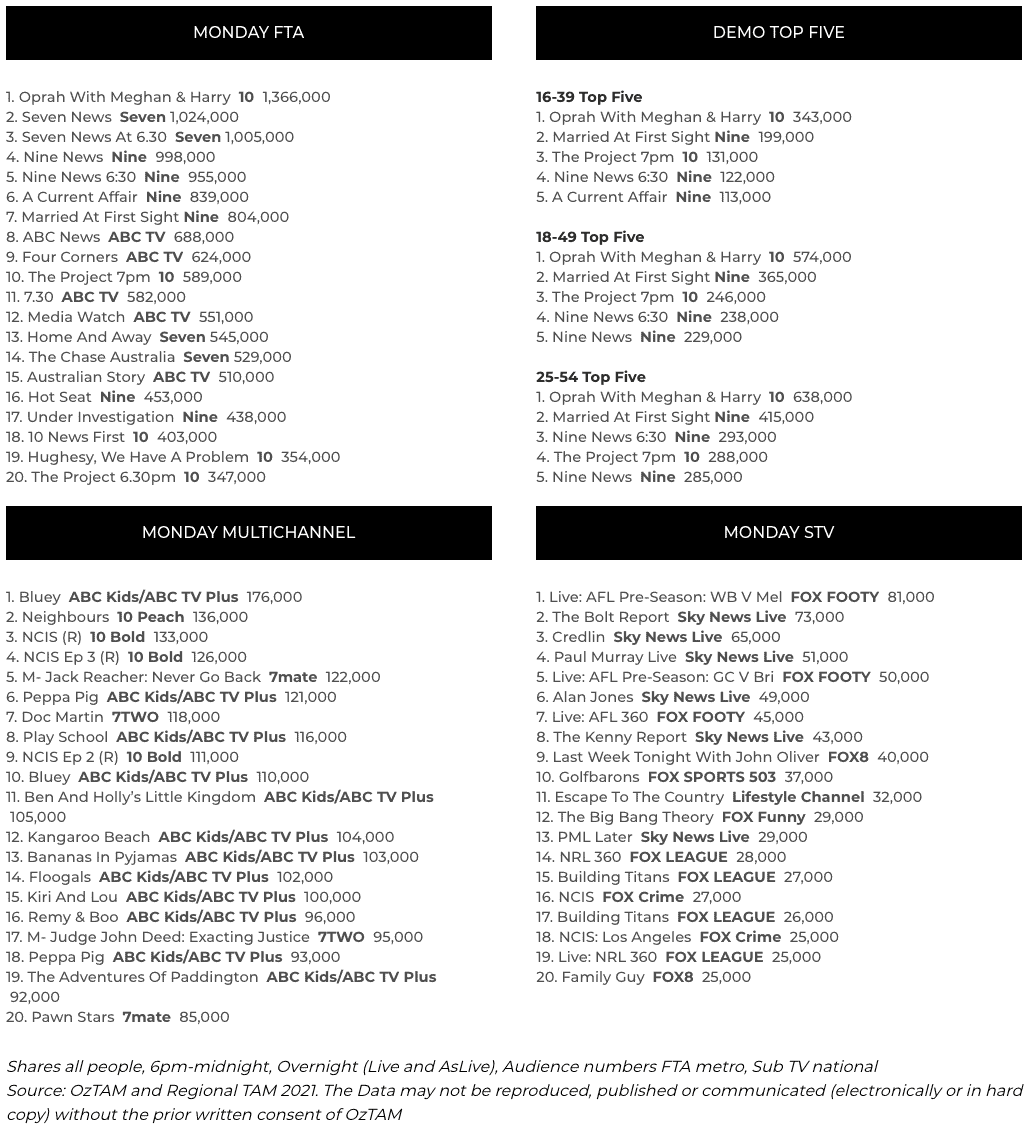