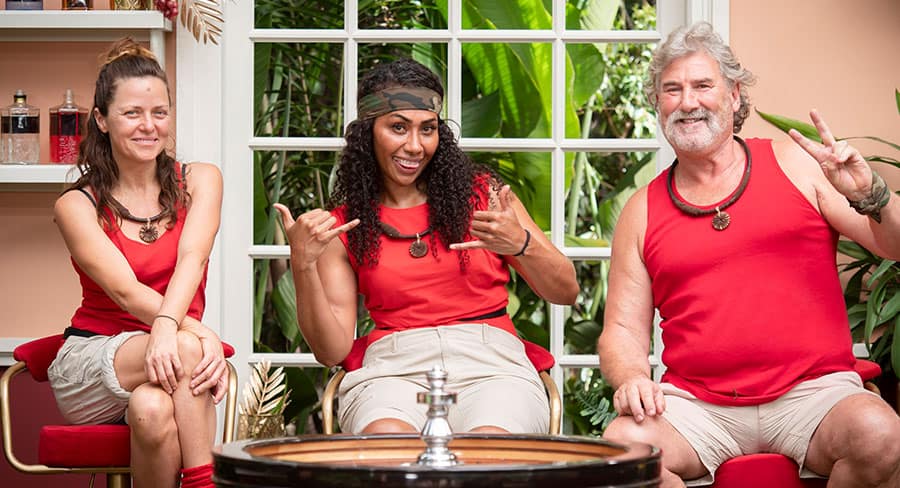 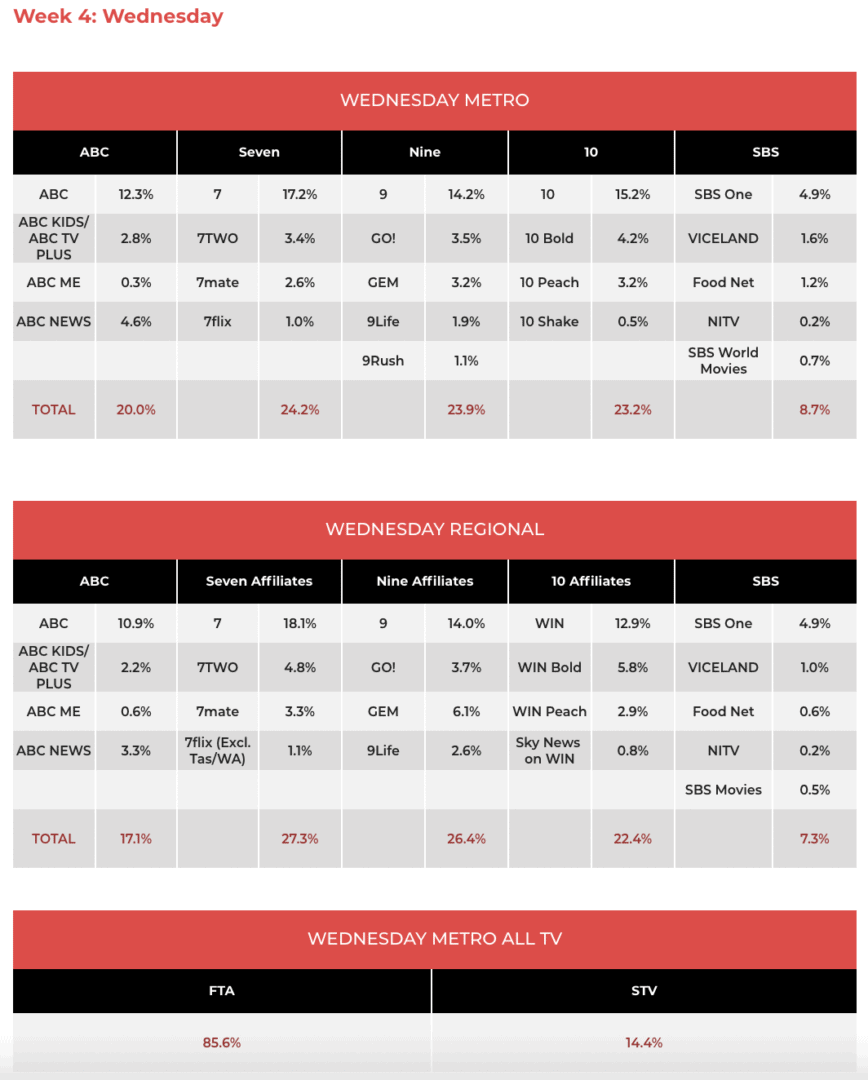 The Wednesday episode of 10’s I’m a Celebrity…Get Me Out of Here! kept its tight grip on the 7.30pm audience last night with 685,000, close to the 678,000 watching the midweek episode a week ago. Celebrity wins its timeslot all people and in the key demos.

10 Bold also kept its place as the #1 multichannel with its diet of Bondi Rescue and then four hours of back-to-back shows from the NCIS universe.

Seven’s Big Bash League game saw both innings close to 370,000 which was enough to secure Seven a primary channel win when combined with the audience watching Seven News around Australia. It was a bulletin that featured Nine News chief Darren Wick last night who spoke to waiting reporters as he left the court following his conviction for drink driving. 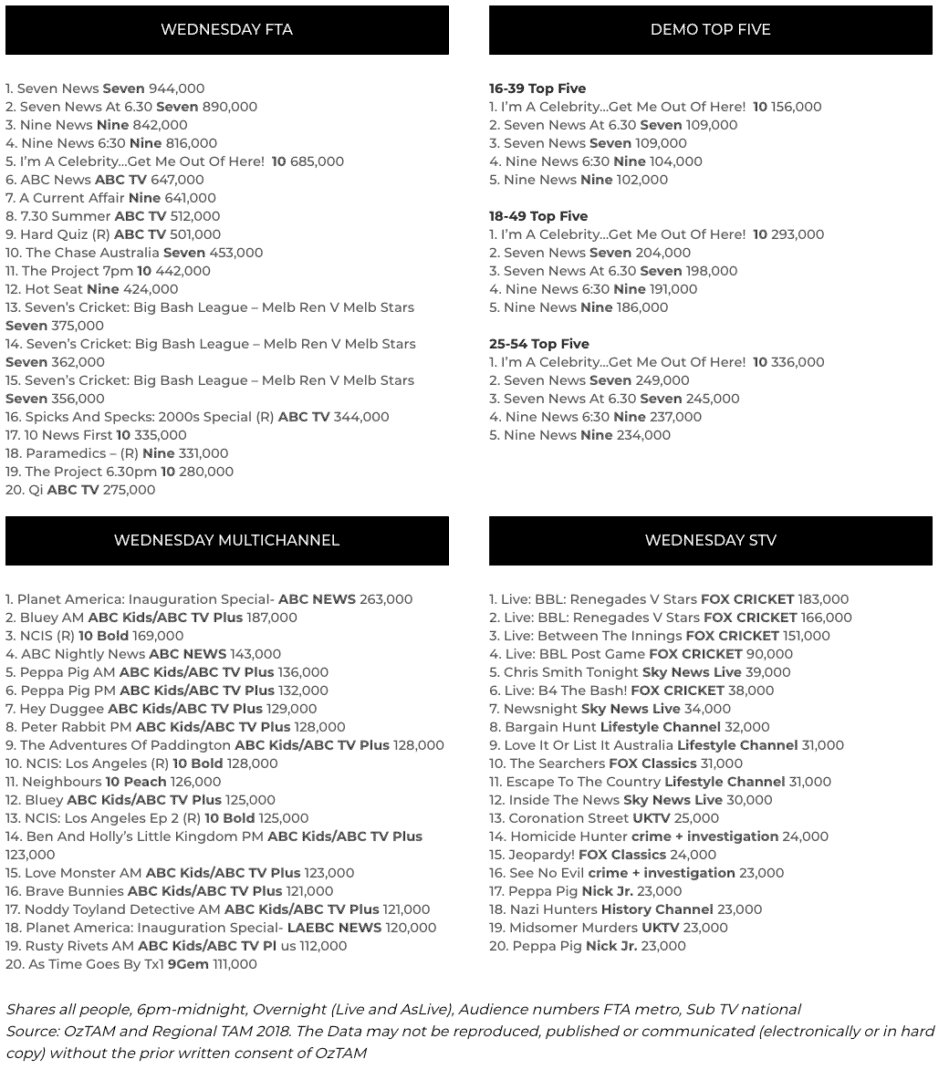