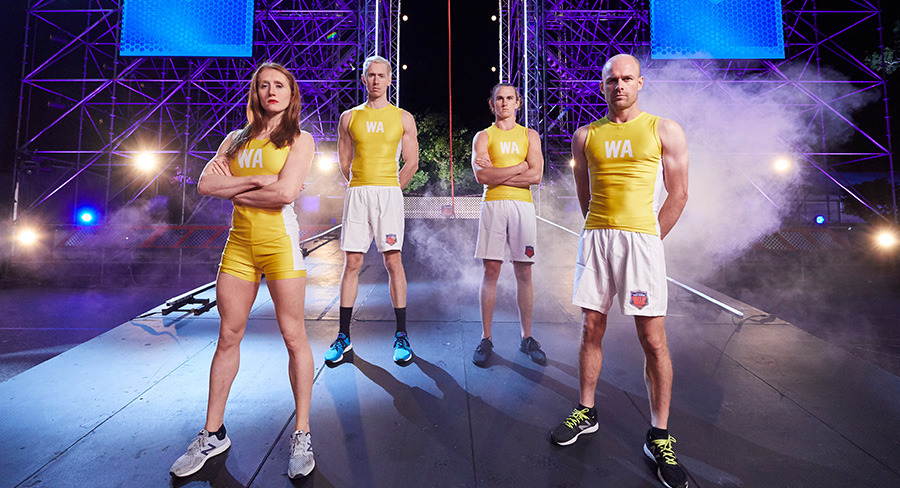 • Best of the rest: Lindy and Lisa, Vera, Princess Anne Seven: Seven led the night in network share with 29.6% and only trailed Nine in primary share by the smallest possible margin – 0.1.
Farmer Wants a Wife was up week-on-week from 814,000 to 853,000. One of the Farmers had to pull out last night which immediately ditched a handful of potential wives as well. The episode narrowly trailed Ninja Warrior across the network and drew level with it in Sydney.
Seven then had a handy Lindy Chamberlain news special to coincide with the 40th anniversary to the day of the disappearance of Azaria and the announcement of a feature doco coming to Network 10. Seven’s special did 574,000, outrating 60 Minutes.
Between Two Worlds then did 171,000.

Nine: The start of Australian Ninja Warrior – State of Origin helped Nine to a narrow Sunday primary win with 877,000 which is not a bad number for the franchise spin-off.
60 Minutes dropped though after the Warriors departed with 486,000 after 599,000 a week ago.

10: The Sunday Project was close to 500,000 after 442,000 a week ago. The modest growth was due to the promoted Lisa Wilkinson with Lindy Chamberlain interview which turned out to be a live interview with all the hosts last night. 10 used it to announce the doco it had acquired from Easy Tiger about Lindy and the disappearance of her daughter. (See separate item today.)
The first of the Family Feud primetime specials ran fourth in the timeslot with 330,000 watching.
The Sunday line-up delivered 10 its fourth consecutive single figure Sunday primary share and its second lowest Sunday primary share of the survey tear.

ABC: Vera easily won its timeslot for the channel with 658,000 and it has now secured the three biggest Sunday shares of the year in the past three weeks.
The combo of Shetland as a lead-in is also a good performer with 624,000 last night also securing the crime drama a top 10 finish.

SBS: The channel enjoyed its best Sunday primary share since February with a popular combo of Egyptian pyramids and royalty.
At 7.30pm Egypt’s Lost Pyramid did 231,000 and then the audience climbed to 239,000 for Anne: The Princess Royal at 70, which aired just recently in the UK ahead of her birthday on Saturday. 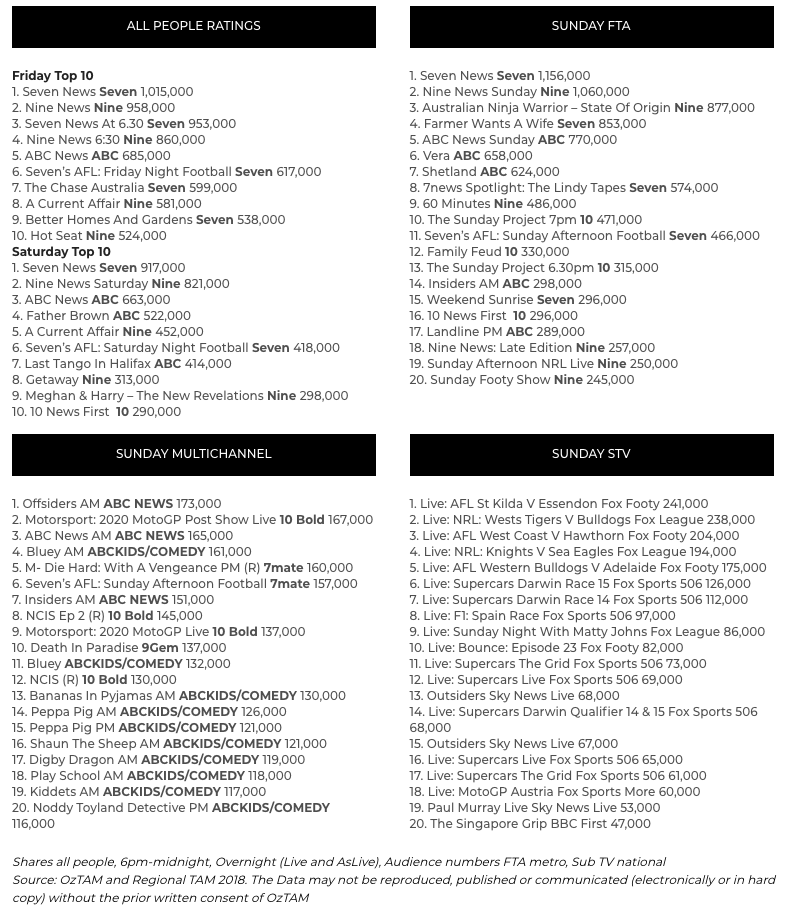