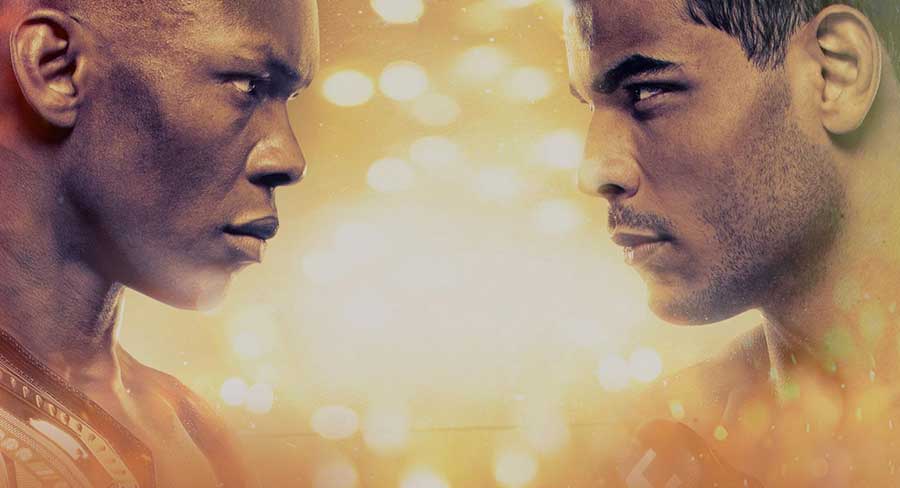 UFC Middleweight champion Israel Adesanya will defend his title and undefeated streak against fellow undefeated fighter Paulo Costa on Sunday September 27 on Main Event, with the main card kicking off at 12pm.

Jake Matthews features against UFC veteran Diego Sanchez, as the Aussie looks to continue his winning ways, having been victorious in his past two fights in the UFC.

Shane Young completes the local hopes, as he ends an 18-month stint away from the action, returning to face Ludovit Klein.

The Trans-Tasman trio are not the only Australia and New Zealand fighters in action on Fight Island at UFC253, with Kai Kara-France and UFC Middleweight champion Israel Adesanya featuring on the pay-per-view portion of the card.

Adesanya defends his UFC Middleweight title against Brazilian Paulo Costa, which many predict will be the fight of 2020.

ESPN’s live coverage begins on Sunday at 7.30am AEST with UFC Live, from Yas Island in Abu Dhabi.

UFC 253: Adesanya vs Costa on ESPN