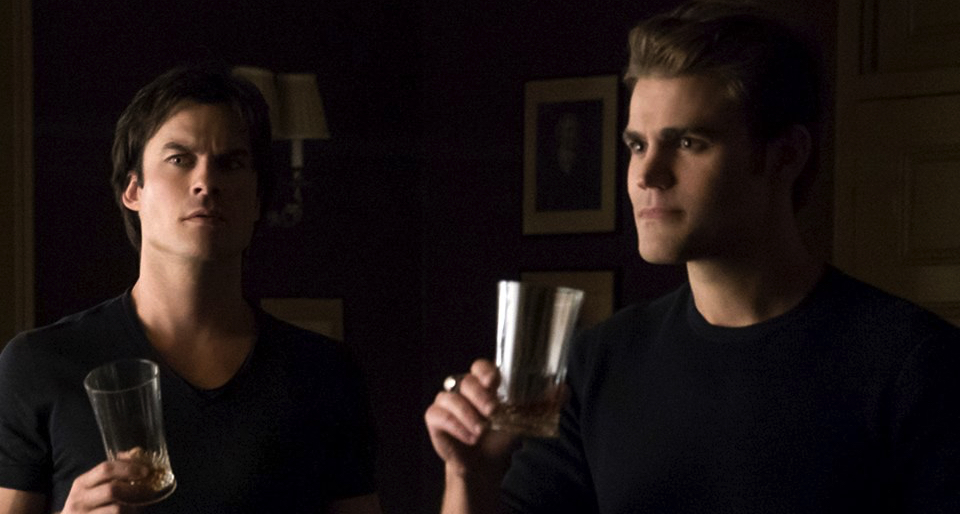 The Secret Daughter 8.40pm on Seven

It is fantastic that the delightful Jessica Mauboy has become the first indigenous singer to debut at number one with the soundtrack album from this show. What’s not been so fantastic though is this show, but it has made for a great drinking game.

In tonight’s finale, guest star Kirk Pengilly plays a record executive who advises the singer she needs to stop doing cover versions– which is pretty hilarious considering the spinoff album is mostly covers, as is the The X Factor which precedes it. So remember, drink whenever Jessica breaks into song, and you’ll be as pissed as a newt by Q&A.

The eighth and final season of the supernatural drama still has original lead actors Paul Wesley (Stefan) and Ian Somerhalder (Damon) fanging it up as bloodsucking brothers. There are 16 episodes until the end and the other original, Nina Dobrev, will be back to resurrect Elena from the tomb she is currently locked up in. But no “Express from the US” here given it began in the US on 21 October.