After a successful year with podcasting, Mamamia Women’s Network is looking to extend its coverage to four new areas. Australia’s largest digital women’s brand will focus a female lens on sports, automotive, travel and finance in 2017.

Mamamia co-founder Mia Freedman, MD Kylie Rogers, research and insights director Tegan Gilchrist, and commercial director Claire Harrison sat down with Mediaweek after the NewFronts presentation in Sydney to talk about the company’s new pillars in 2017.

Mamamia has partnered with Cars Guide and SkyScanner for its automotive and travel coverage. The content produced by the company in the four new areas will be fighting for eyeballs against established writers and mastheads in the space like sports site ESPN, as well as user-generated content published on social media like Twitter and other platforms like The Roar.

However, Rogers insisted that competition isn’t the right term to use. “I don’t think you do compete,” Rogers told Mediaweek. “As a female myself I would love to watch the broadcast of the netball on Channel 9. But as a trusted destination, I would go to Mamamia to better understand the story behind those athletes.

“Everyone plays a role, so it’s not about competing. It’s about delivering our audience what they want. They want to see and understand women’s sport through a different lens. We are going to be delivering that.”

Asked if Mamamia is okay with not being the first destination that women go to for their news in sport, automotive, travel and finance, Rogers said: “Absolutely!”

In 2017, women’s sports will get more primetime coverage on broadcast television than ever before. Alongside this, publishers in print and digital have also decided to boost content on women in sports. 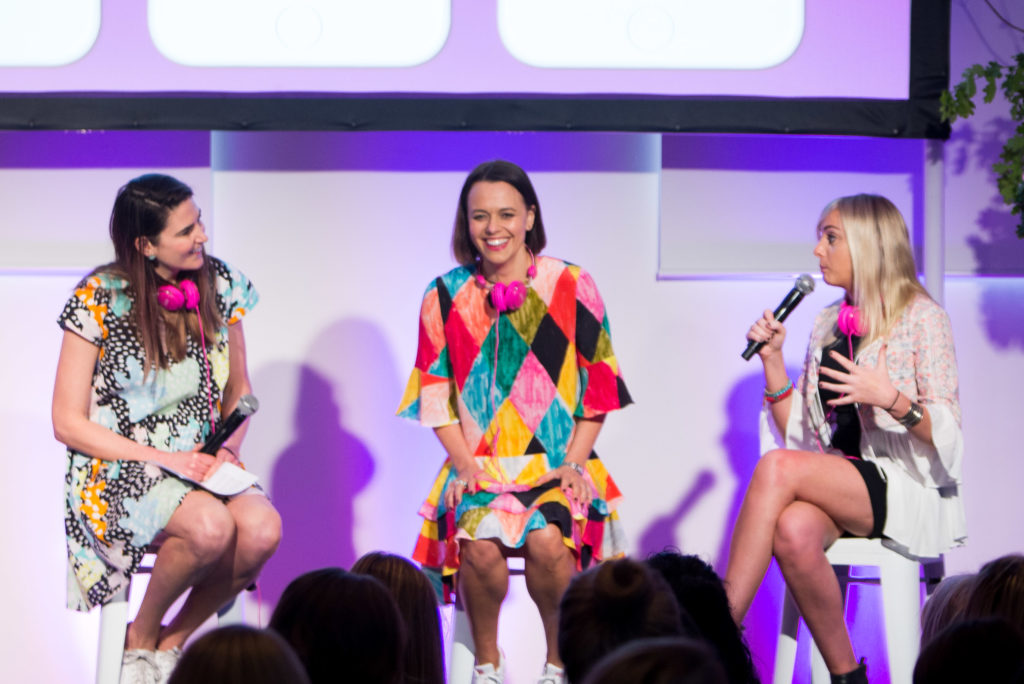 Motoring publications seem to be doing the same thing. CarAdvice chief Andrew Beecher told Mediaweek about aspirations to increase its female readership when the brand was acquired by Nine in September 2016. (To read the full article go to Mediaweek.com.au and search for “CarAdvice”.)

Freedman said, “It’s like what I said at the beginning. [Everyone is saying], ‘Oh, women. That’s an interesting niche.’ It comes back to what we were talking about. We have an innate understanding of women, which is why we are their second home. There is no other media company that can say that.

“It’s all about that sense of trust. You can walk into a flashy bar but it doesn’t feel like home. You don’t necessarily feel completely relaxed there. You don’t feel like you are there with your people who understand you.

“Because we are women-first and digital-first, and have been since inception, we are way ahead in our ability to be very focused on what we are doing and who we are talking to.”

Following the announcement of editor-in-chief Kate De Brito’s departure from the title, the women’s network announced that it would be splitting its editorial team into two divisions: Entertainment and News.

The News division headed by Gemma Garkut will look after the news content produced by the company on its website and social. Meanwhile the Entertainment division, spearheaded by Holly Wainwright, will look after things like video and Mamamia’s network of 16 podcasts.

The Mamamia Podcast Network has been the company’s success story in 2016. During its NewFronts in 2015, it was boasting about reaching the one million download mark in its first 12 months. This year, Mamamia has announced that the company is en route to clocking up seven million downloads by the end of the year. Some of the shows in Mamamia Podcast Network

The network has not only been a successful proposition for the wider company in terms of downloads but also advertising. This success, Rogers said, boils down to one idea when it comes to content integrations: “Don’t interrupt the content. Be the content.”

Following its success in Australia, Mamamia is looking to be the pioneer of women-focused podcasts in the US in 2017 with the launch of the Spring St Podcast Network.

Last year, Mamamia’s venture in the US was called Flo and Frank. However, it was rebranded to Spring St after its launch in beta in April 2016.

“Flo and Frank was about the flow of content and frankness of its tone,” Rogers said about the name change. “The more time we spent over there, the more we realised that we had to pivot our editorial strategy and tone to be through a positive lens. So Flo and Frank didn’t feel right.”

Mamamia is aiming at appealing to women aged 30 and over with Spring St.

“No one is speaking to women over the age of 30,” Freedman said. “Everyone is focused very much on millennials, yet there is this massive market which is really cashed up, who aren’t being catered to in terms of media.”

Rogers and Freedman have made multiple trips to America this year to get an insight into the market. “We didn’t spend any time at Zara or Sephora,” Freedman said, joking.

Talking about the learnings that they have taken from the US and applied to the business here, Freedman said, “Do you know what we were surprised to find again and again? We are leading the way – not just us at Mamamia, but Australia in general. We punch so far above our weight in terms of our practices.

“We have a bit of a can-do attitude and we have a unique outlook that is the envy of the world. We found that when we got over there expecting to learn a lot, that they are not as advanced as we are in areas like podcasts, videos and the way we work with social media.”

An editor for Spring St is yet to be announced.

Along with more investment in podcasting and reporting, Mamamia has also injected funds into building a new program called Athena, which will allow its advertisers to track the performance of its ads across all platforms. The company has also partnered with Krux to gather data about females – the venture has been named Mamamia Mavens. 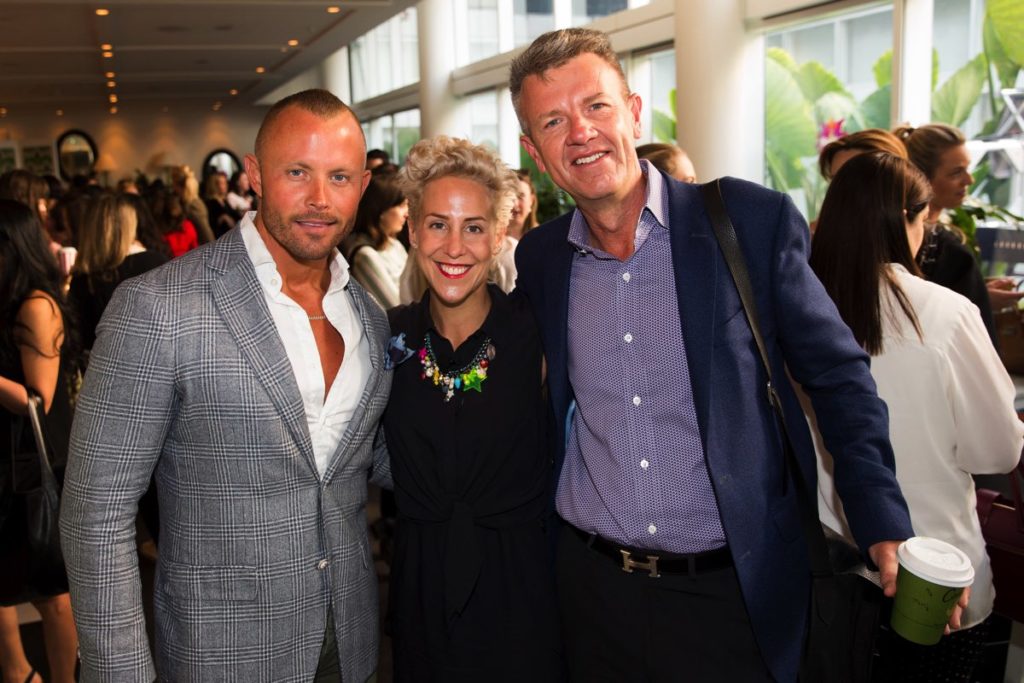 News Corp announced in mid-September that Women’s Health editor Felicity Harley will be joining the company in January 2017 to edit its new women’s digital property. Described as the company’s “new female content platform”, it sounds like direct competition for Mamamia.

Asked about the team’s thoughts on this, Rogers said, “I wish them all the very best.”

Freedman added: “I think it’s important that you welcome competition. It helps you sharpen your pencil. It keeps you on your toes. We have so much going on in the next 12 months that we have to keep our eyes on our own prize rather than worrying about what our competitors are doing.”

Speaking about the new News Corp property in Mediaweek’s weekly Seven Days podcast, The Australian CEO Nicholas Gray said, “If there is one person who I would back to expand our presence in [women’s content], who is a brilliant publisher, marketer, ad sales supremo and spokesperson for women, it’s Nicole Sheffield of News DNA. Bloody oath, we will be giving everyone a run for their money in that category.”

In May this year, an unpaid Mamamia internship was sold for $10,000 at an event to raise money for Caritas Australia. Following this, the publisher faced a lot of criticism on social media and from other media companies about labelling the internship as “priceless” and not paying its contributors and interns. The MEAA established the #Paythewriters campaign against it on Twitter.

Freedman said: “That was terrible that we helped raise $10,000 for charity. Only on Twitter can people get angry about the fact that $10,000 was raised for charity. That was one of the more surreal experiences we have had in terms of social media.”