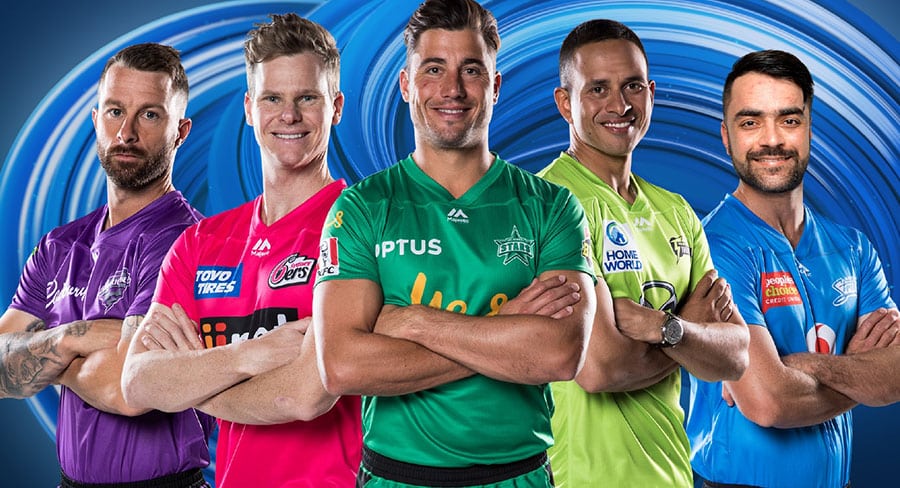 After 45 days and 56 games it has finally arrived. It’s BBL finals time.

A revamped post-season format will see five teams go toe-to-toe across one qualifier and three knockout matches before a winner is crowned in the final on February 8.

The Melbourne Stars will be desperate to break through for their first BBL title when the Big Bash finals get underway live on Seven and Fox Cricket, but this season’s championship race appears one of the most wide-open in recent years.

The BBL 09 finals commence on Thursday when the fourth-placed Hobart Hurricanes host fifth-placed Sydney Thunder at Blundstone Arena in The Eliminator. The sudden-death clash should ensure this season’s new five-game finals format starts with a bang, with the Hurricanes boasting power hitters Matthew Wade and D’Arcy Short and the Thunder Callum Ferguson and Alex Hales. 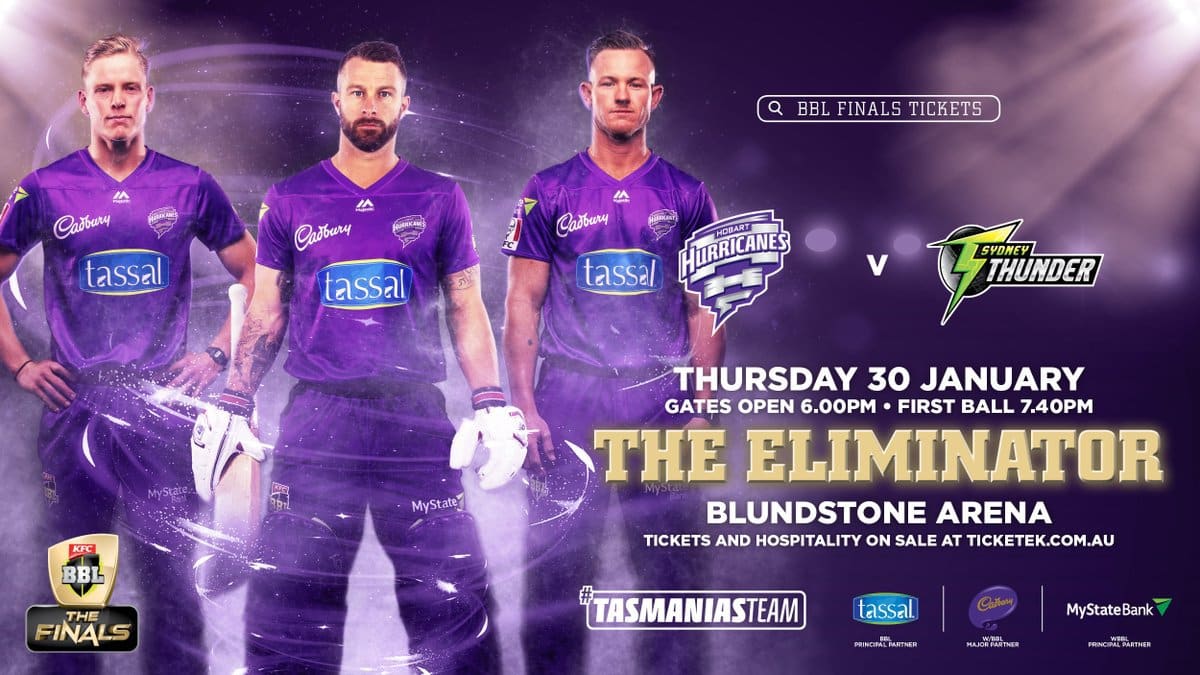 On Friday night, this season’s top two teams, the Stars and Sydney Sixers, clash at the MCG in The Qualifier, a match-up that could produce a classic contest.

The Stars finished minor premiers and have two of the competition’s biggest match-winners in Glenn Maxwell and Marcus Stoinis, but the Sixers enter the finals in red-hot form with a star-studded line-up that has been bolstered by Steve Smith’s return from international duties.

On Saturday night at the Adelaide Oval, the third-placed Adelaide Strikers will host the winner of the Hurricanes-Thunder match in The Knock-Out, a cut-throat encounter that will determine which team progresses to the final week of the finals alongside the Stars and Sixers. 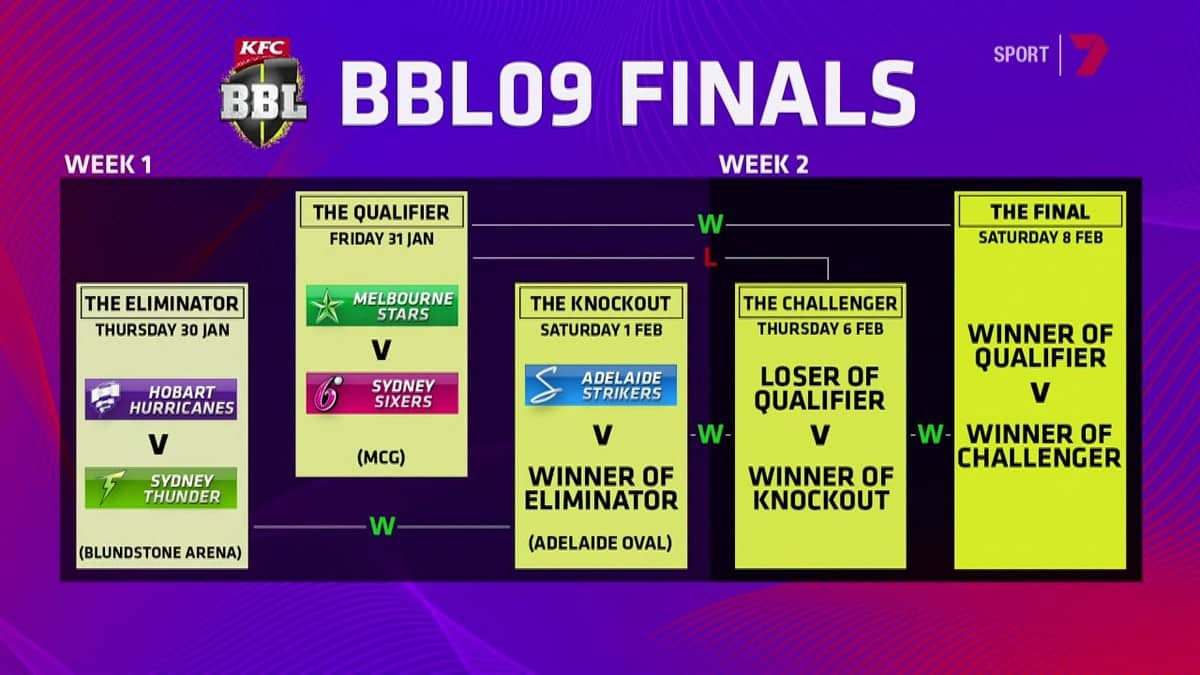 Thursday February 6
BBL Finals: The Challenger
Loser of The Qualifier v Winner of The Knock-Out