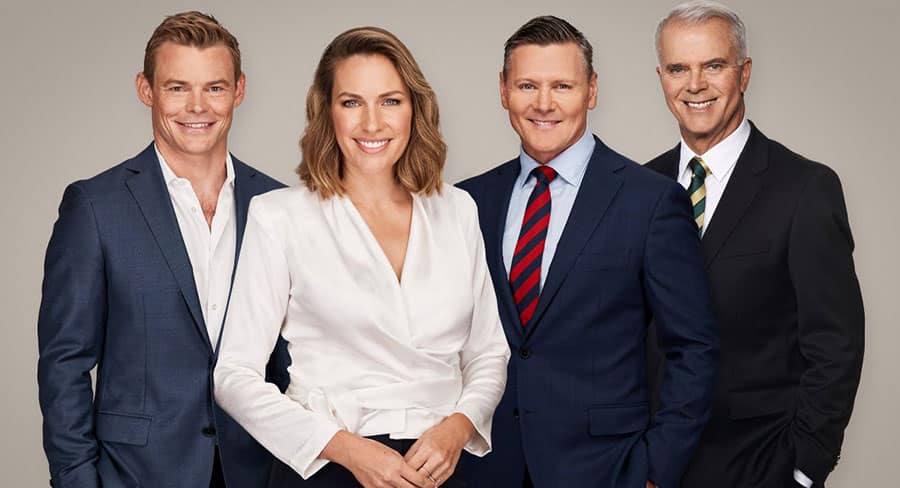 It’s still too soon to say his name. The pain still fresh. The memory of him landing that drop goal off his non-preferred right-boot, deep into extra time, ultimately delivering the killer blow that simultaneously broke Australia’s heart. Jonny Wilkinson (yup, still too soon) and his golden boot, defeated the Wallabies in the emotion charged 2003 Rugby World Cup final. It’s payback time.

The Rugby World Cup’s greatest rivalry is set to erupt when the Wallabies run out against England in a nail-biter Rugby World Cup Quarter Final this Saturday, 19 October At 5.50pm AEDT live and free on 10 and WIN Network. 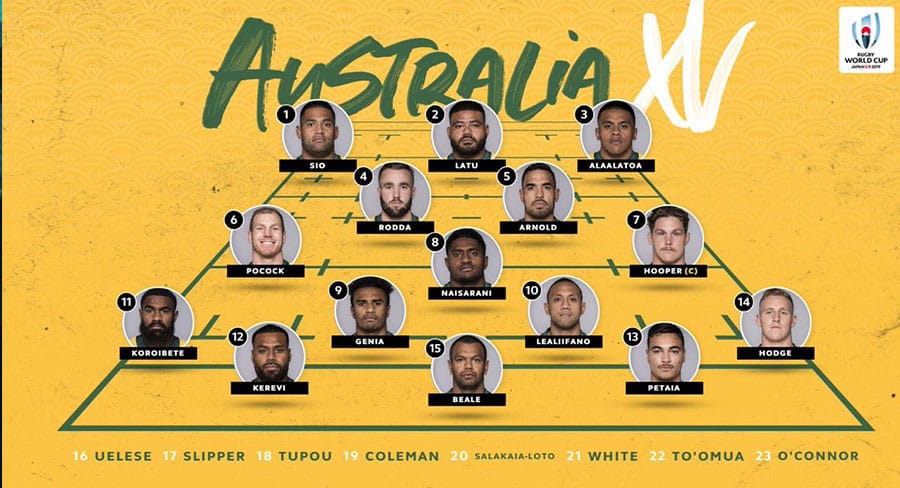 As the tournament heads in to the knockout phase, the Wallabies need this win or they can kiss the Webb Ellis Cup sayonara.

Since Rugby World Cup’s birth in 1987, Australia has come up against England six times with the number of wins split down the middle. But since being appointed as England head coach, Eddie Jones has led his side to six consecutive victories over Michael Cheika’s Wallabies. With that said, it was the Wallabies who can be credited for causing the Poms to crash out of their home 2015 World Cup at the pool stage after suffering a record defeat.

Predicting a winner is near impossible, so stock the fridge, grab your mates and rest those vocal chords. This is going to be unmissable television. 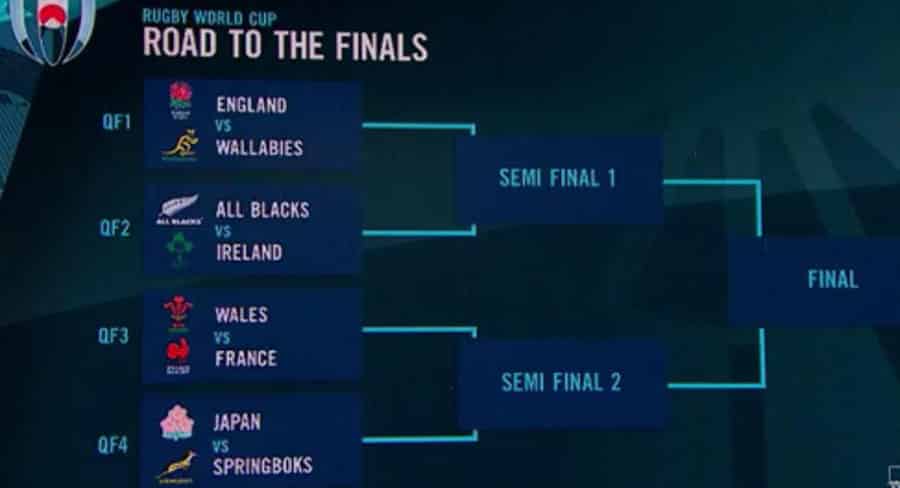 It’s win-or-go-home time at the Rugby World Cup 2019 with every quarter final game live, ad-break free in HD and 4K Ultra HD on Foxtel, with the Wallabies first up against England on Saturday, October 19 with coverage from 5.15pm.

Fox Sports, on Foxtel and Kayo are the only place to see all four quarter final games across the weekend including exclusive coverage of the All Blacks vs Ireland and Japan vs South Africa games.

The Wallabies will face off with the old enemy in a grudge match against England on Saturday night, with former Wallabies coach Eddie Jones up against ex-teammate turned bitter rival Michael Cheika. Straight after, the World Champion All Blacks take on Ireland, who have won two of their last three against New Zealand, at 9.15pm.

On Sunday night with kick-off at 6.15pm, Wales will take on France in a showdown between two of the northern hemisphere’s biggest hopes at World Cup glory, then hosts Japan will look to replicate the ‘Brighton Miracle’ when they play competition heavyweights South Africa to keep their home tournament fairytale alive, from 9.15pm. 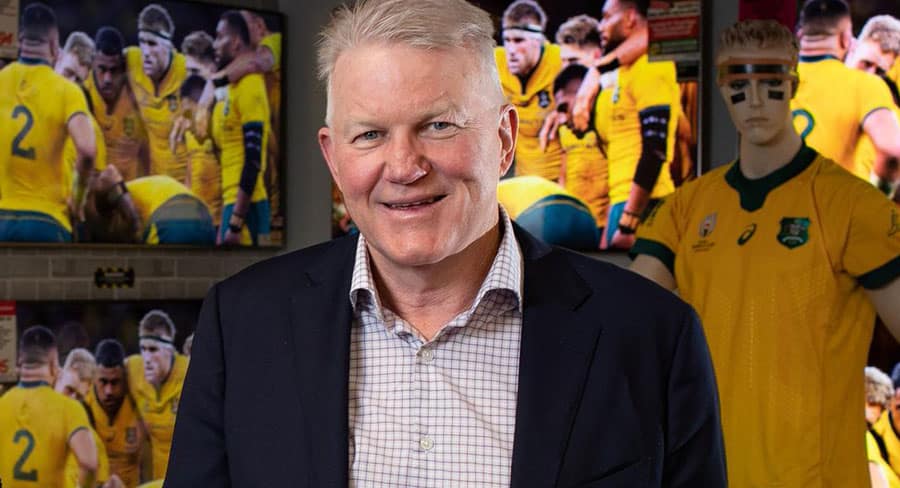 England vs Wallabies – Saturday at 6.15pm:

“This match would have sufficed for the RWC final, but sadly the drama will be restricted to a quarter final – one of epic proportions.

“We know that Eddie Jones has a plan – he is the hardest working, best prepared rugby coach in the history of the sport.  He searches for answers to questions you did not even know needed asking. England will be ready. But what of the Wallabies and Michael Cheika who has spoken of his ‘plan’ for some time.

“In his early days as Wallabies coach Cheika was an innovator, he changed the way his teams played and constructed strategies such as his ‘finishers’ tag, that all teams have now adopted.  Could we see something special again from the Wallabies that Cheika has cooked up behind the scenes?  I hope so and can’t wait to find out.

“Saturday’s test will be a cracker – as they say in combat sports ‘everyone has a plan, until you get punched in the nose’ – we will find out who throws the best punches on Saturday afternoon – with the loser flying home.”

“The All Blacks played their opening pool match, the big game for the group, and have been coasting since. Their final match of the pool was cancelled so come into the game against Ireland ready and rested. If it’s possible, the All Blacks have almost snuck into this game with little fanfare and questions over exactly where they are in their preparations. One thing that Steve Hanson has managed to always produce is a battle-ready team, and I expect no difference from the All Blacks in this QF (quarter final).

“Ireland started the campaign with a bang, beating Scotland, and then the shock loss to Japan followed. Now, many understand the qualities of the Japanese team and may look back at that loss and see it as Ireland’s wake-up call. Ireland have beaten the All Blacks a couple of times in the last three years, and ran them close on others, so will not be intimated by the men in black.  Do Ireland have enough to create another upset?  I doubt it – the All Blacks will be too fast for the tiring Irish and will win by 15.”

“What could have been for the Wallabies had they beaten Wales in the quarter finals and faced the French on the easier side of the finals draw – as they say, ‘c’est la vie’ – and there are rarely easy games in RWC finals. Although I am certain that Wales are happy to be facing the French in the second QF match in Oita on Sunday.  The Welsh surprised me in their match against the Wallabies – they had the ability to match the Wallabies for pace and had enough in the tank to defeat the fast finishers. They are truly a team who could make a final and find a way to win it.

“The French have been typically French – brilliant and ordinary in the same match.  I suspect Wales will prey on France’s need to play running rugby and kick, batter, and harass them into mistakes, and then tackle them out of the game. If you make errors against the Welsh, they will exploit you. One French team have far too many errors in them to be a serious threat to the Welsh, but if the other French team turns up, who knows, they can beat anyone. We will wait and see who gets off the bus in Oita.”

“Nobody wants to be the hunter that shoots Bambi, unless of course you are a Springbok, and the Springboks should bring the Japanese fairytale to its end. What a ride it has been – a country facing mother nature at its most brutal, and then its rugby team delivering a performance against Scotland proving the wins against the Springboks in 2015 and Ireland in 2019 where no flukes, within 24 hours.

“Japan are excellently coached and playing with a passion that only the best cultures allow. The balance of Japan’s game is world class, they can kick you off the field, or run you around and keep the ball for extended periods of time. However, they have not yet faced a southern hemisphere heavyweight, and when the Springboks see the red and white of Japan, the team who embarrassed them in Brighton in 2015, I expect some continental African payback coming Japan’s way.  It will not be the sleepy Springboks this time, the Boks will be hide, hair, and horns when they take the field. Japan beware, the Boks are out for payback.”