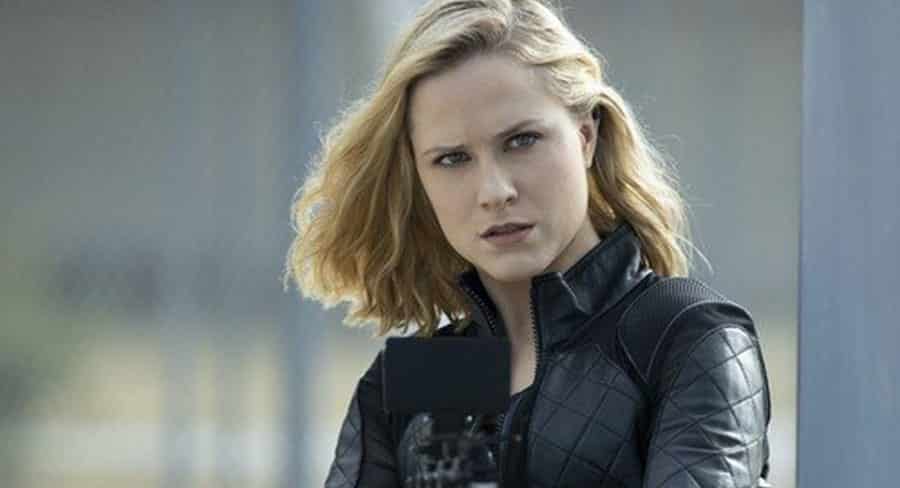 The TV Demand charts have seen movement from top to bottom this week with changes at the top also complemented by new entries sprinkled throughout. The only show that has retained its spot at #1 is Brooklyn Nine-Nine which is still the top show on the Overall TV chart in Australia.

The movement at the top of the charts sees Star Wars being replaced by Star Wars as The Mandalorian drops down one spot and is replaced by Star Wars: The Clone Wars as Disney+ holds the top two spots of the Digital Original chart in Australia and New Zealand for the second week in a row. There was also a change on the Overall TV chart in NZ with Westworld taking top spot ahead of the season finale for its third season which aired on Monday. 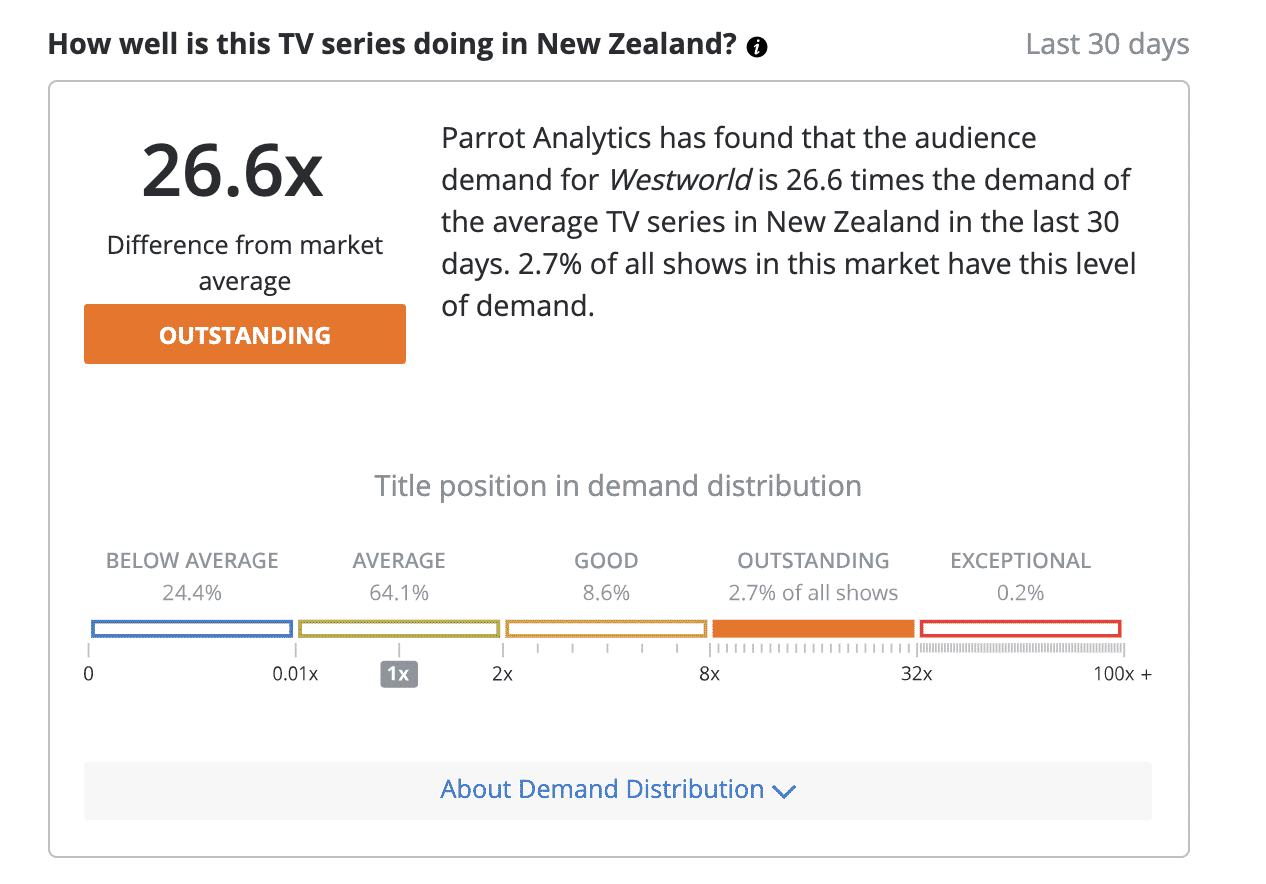 The Last Kingdom has made a strong impression on the digital Original charts in both Australia and NZ with the British historical drama based on Bernard Cornwell‘s The Saxon Stories receiving a surge of interest centred around Netflix’s release of its fourth season on April 26. 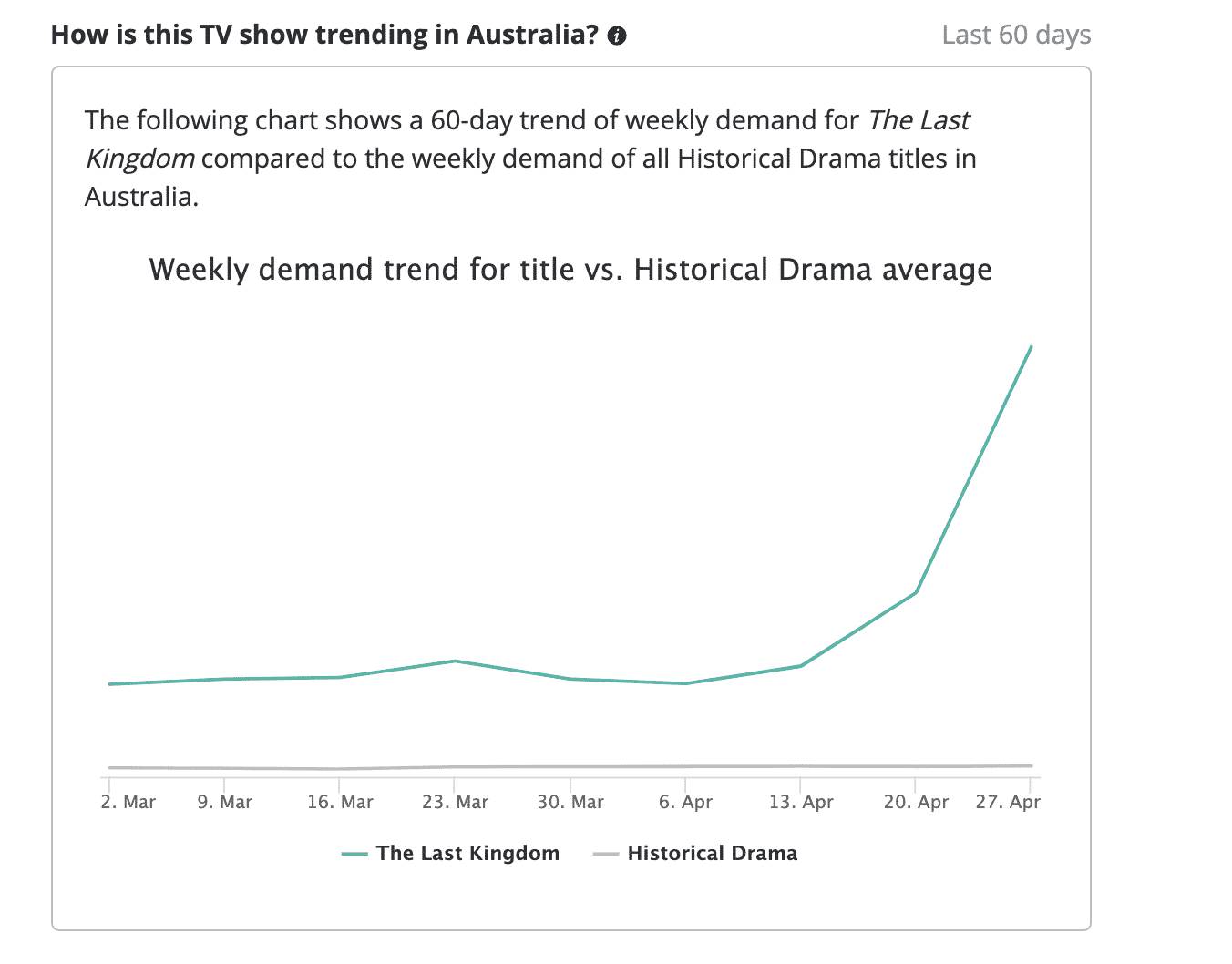 The series is set in the year 872 and revolves around the various kingdoms that occupy what is now modern England and the threat of the Vikings. The story centres around Uhtred, a Saxon who has been orphaned by and then raised by the Vikings as he struggles with his two identities.

Defending Jacob has also joined the Digital Original charts in Australia and is currently the only show from the Apple TV+ platform on the TV Demand charts. The mini-series shows a family dealing with the revelation that their 14-year-old son may be a murderer. The show stars Chris Evans, Michelle Dockery, Jaeden Martell, Cherry Jones, Pablo Schreiber, Betty Gabriel, and Sakina Jaffrey.

The black comedy After Life starring Ricky Gervais has entered the Digital Original charts in both Australia and NZ after releasing its second season on Netflix on April 24. The first two seasons of the show comprise 12 episode and centre on Gervais’s character who is depressed and suicidal after his wife’s death and decides to punish the world by behaving however he wants.

American reality TV show 90 Day Fiancé joined the Overall TV chart in Australia, after debuting in 2014 the show has gone on to make seven seasons with the most recent being released in November 2019. The show follows couples who have applied for or received a K-1 visa which is available to foreign fiancés of US citizens and have 90 days to marry each other. 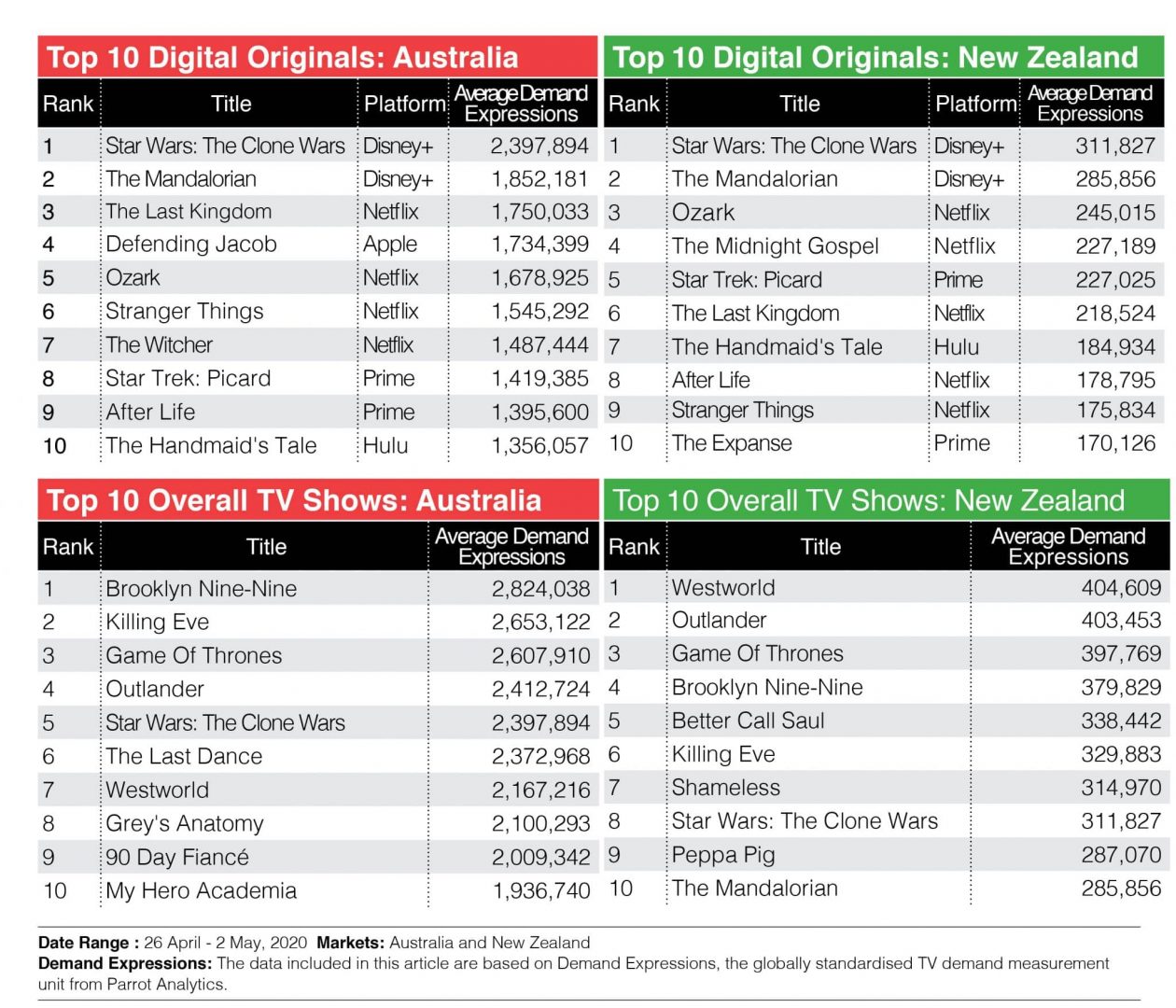