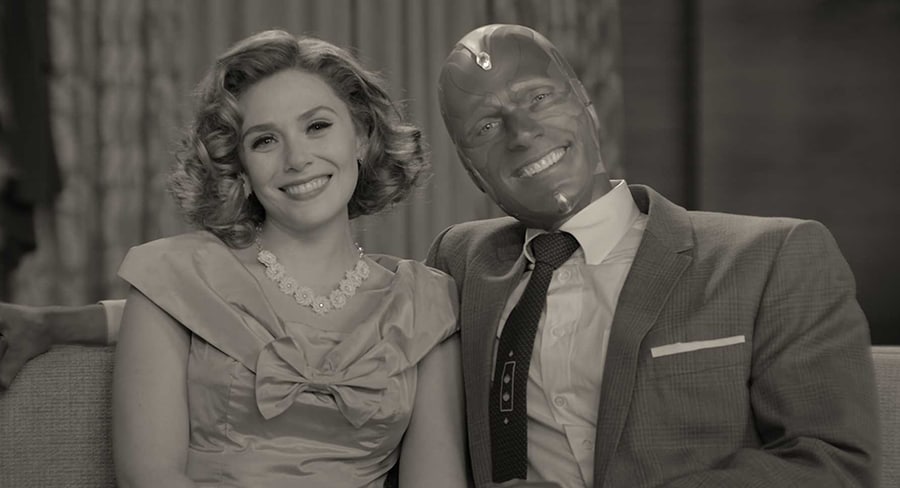 • Currently there are four episodes of WandaVision available to stream

WandaVision has been climbing the charts steadily over the last few weeks, but this week has found itself sitting atop both the Overall and Digital Original charts for both Australia and New Zealand. The show has bucked the recent trend of releasing an entire series at once, instead choosing to go back to releasing an episode week by week – very fitting for a show that takes so much inspiration from classic TV. Currently, there are four episodes available to stream, with the ninth and final episode of season one due for release on March 5th. It feels like a safe bet that as more episodes are released, WandaVision will continue its run at the pointy end of the charts.

It’s a good sign for Marvel – WandaVision is the first show from the iconic studio to be released on Disney+, but with three other Marvel shows set to be released goes on, they’ll be hoping that WandaVision’s success is a sign of things to come.

Its biggest competition is The Mandalorian, also streaming on Disney+, which previously hit number one off the back of its second season. WandaVision has only squeaked ahead this week, at 39.2 points difference from the market average, while The Mandalorian came in at 39.0 points.

SciFi thriller The Expanse came in at fourth digital original and ninth overall this week. Another show releasing week by week episodes, season five’s finale episode is set to be released on Amazon tomorrow. 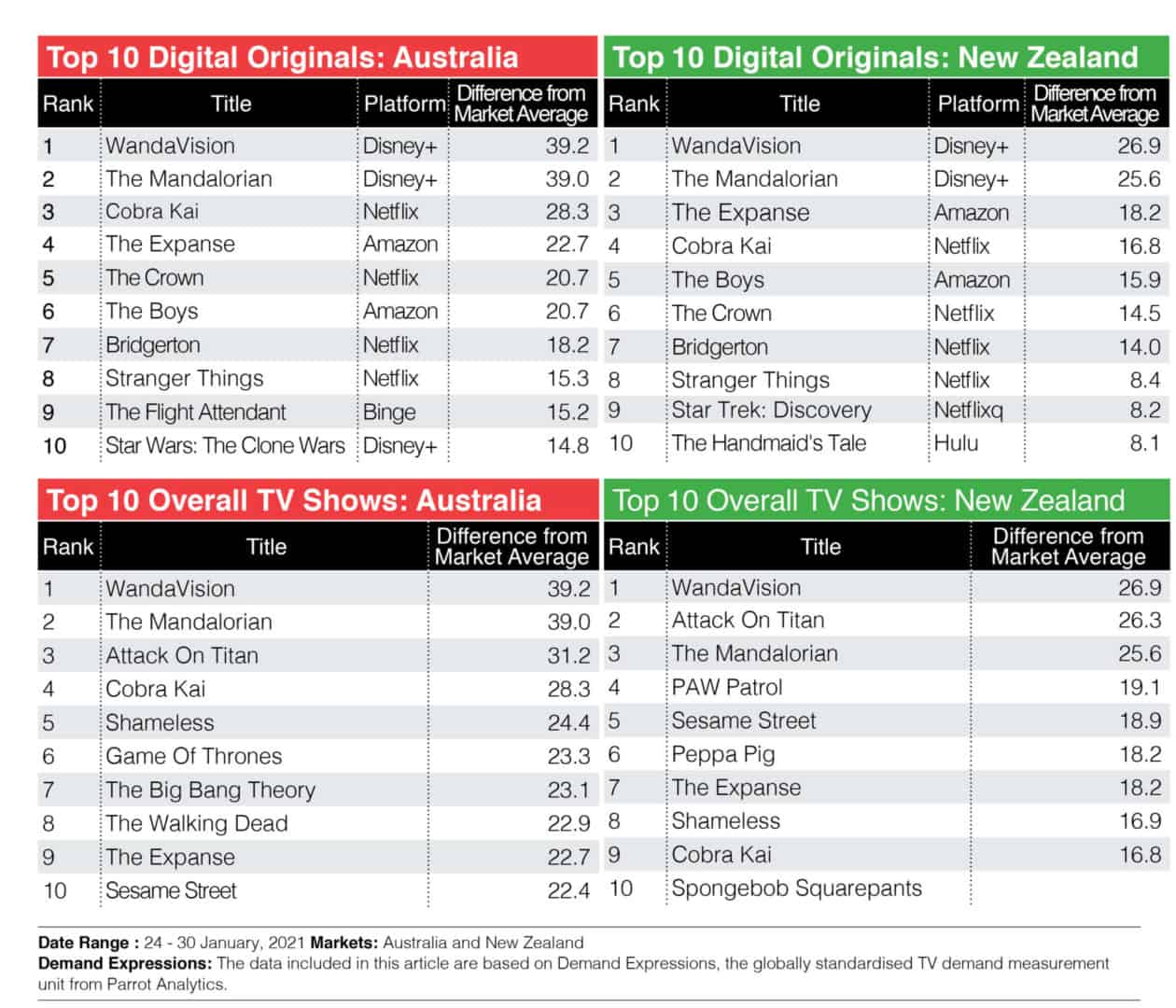