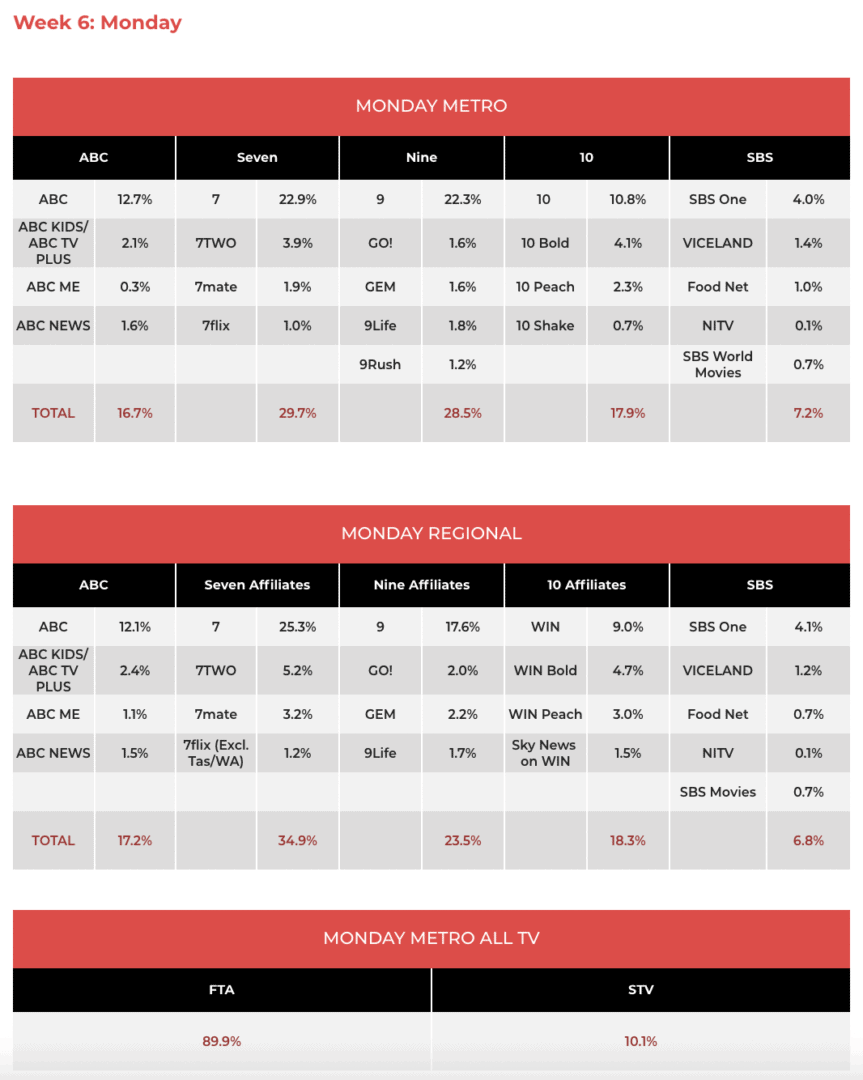 Seven’s programming schedule swung into gear with the release of its first major 7:30 pm show of 2021- Holey Moley Australia which had 983,000 viewers tune in for the show’s launch. This made the new format the #1 non-news show for the evening as well as #1 in all key demos leading Seven to win the night with a 22.9% primary share and a 29.7% network share.

In the first episode 23-year-old pro golfer Montana Strauss sunk a stunning hole in one on the final obstacle, edging out former pro golfer, James Carr, and interior designer, Danielle Murray, on the night’s final hole. In one of Holey Moley’s biggest upsets, Australia’s #1 women’s mini-golf champion, Collette Norton, bowed out of the competition after falling short on The Distractor. 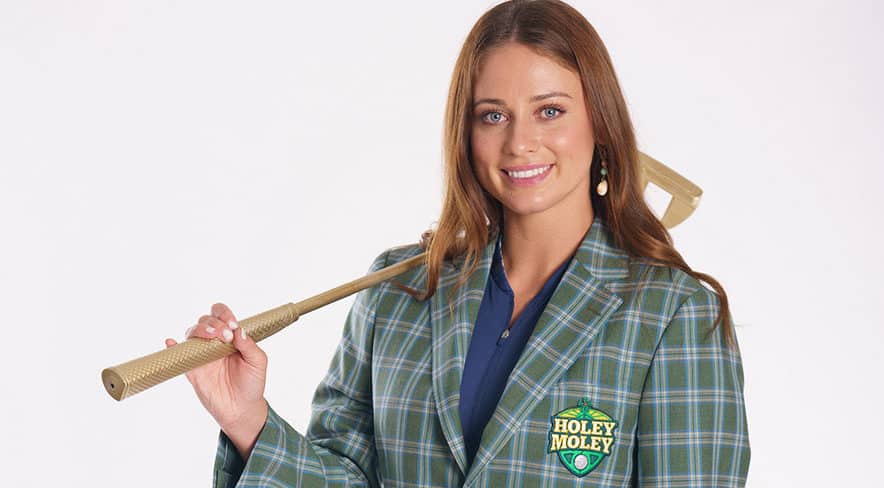 Angus Ross, Seven’s Network director of programming, said: “Australia is clearly gripped by mini-golf mania. It’s a real thrill to see a new format for the network hit a hole-in-one with audiences. The right mix of exceptional presenter talent, high production value and just a little bit of weirdness has provided Australians with a welcome addition to their evening viewing. We’re very happy with last night’s performance and are looking forward to the show’s continued success.”

Nine was a close second with the second night of the Married at First Sight Grand Reunion which had 781,000 viewers, a decline on the 866,000 from Sunday night.

The MAFS reunion was followed by the Who Wants to be a Millionaire? primetime special which had 377,000.

10 launched its second tentpole show of 2021 with the release of The Amazing Race Australia which returned with an all Australia format after not airing in 2020 due to COVID-19 restrictions. 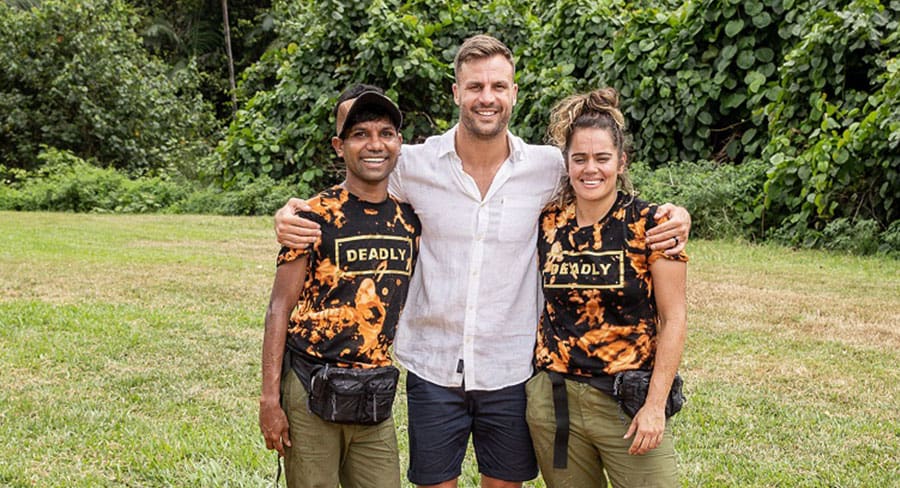 Beau Ryan with Dwes and Katherine

The show had a launch audience of 501,000 which was down on the 634,000 the show had for its season one launch in 2019. The first episode saw The Kimberley Cousins Dwes and Katherine, eliminated first from The Amazing Race Australia.

The ABC had a primary share of 12.7% off the back of a news heavy night featuring 7:30, Four Corners, Media Watch, and Stan Grant’s One Plus One. 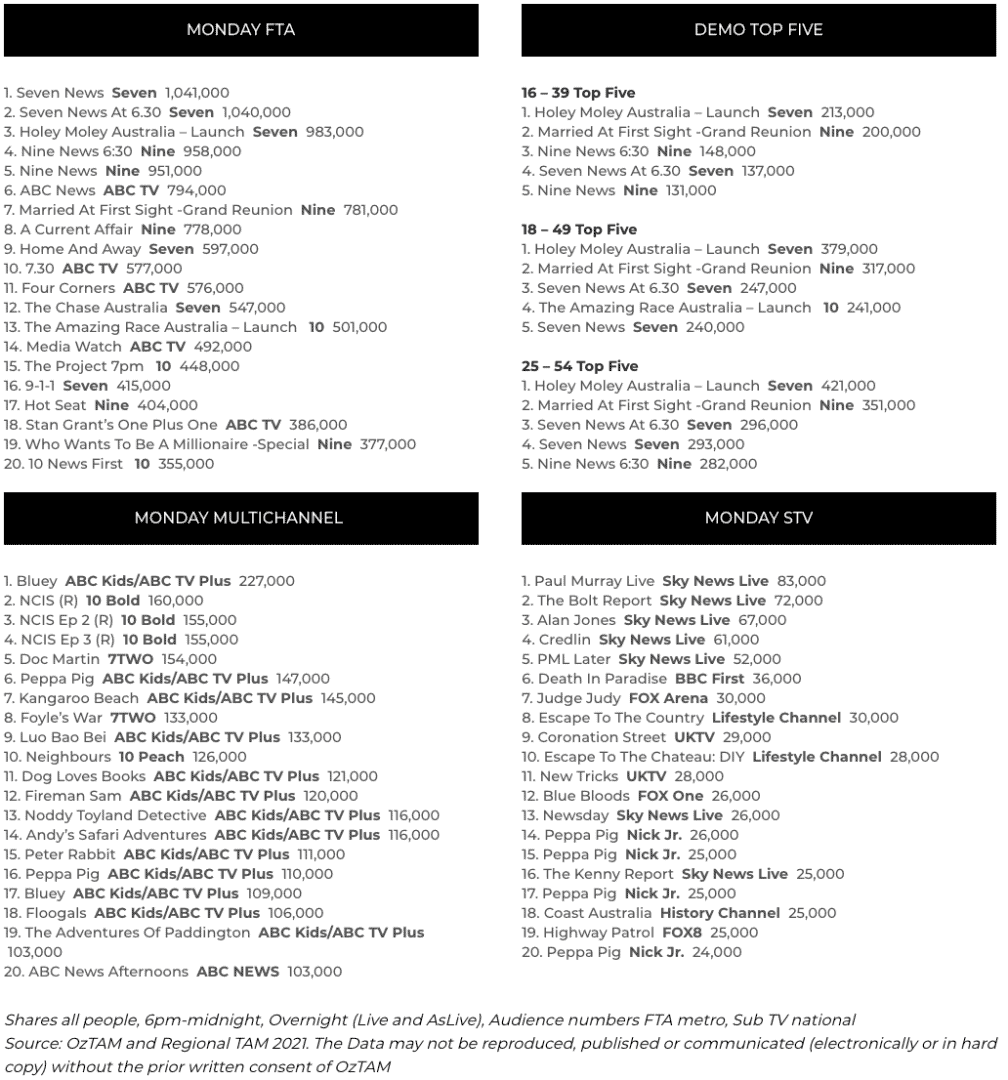