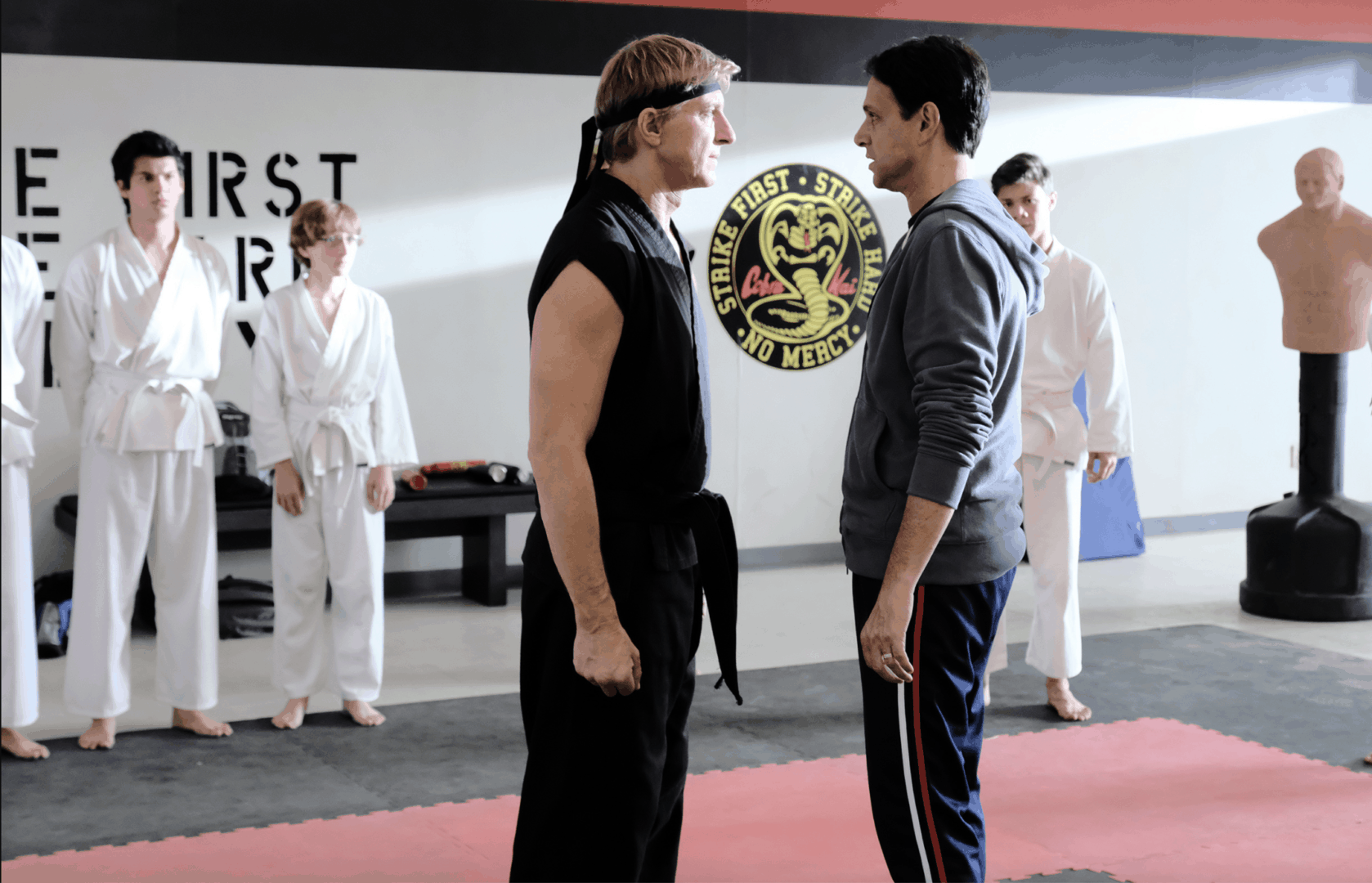 • Marvel’s WandaVision climbs the charts, moving from fourth to third

Cobra Kai is continuing to enjoy its time on top of the overall TV charts this week, although The Mandalorian has snuck back to number one on the digital original chart. The Mandalorian spent ten weeks strong at the top of both charts after the release of a second season, until it was unseated by Cobra Kai two weeks ago.

Both series are follow on stories from wildly popular franchises – The Mandalorian from Star Wars, and Cobra Kai from The Karate Kid – so the fact that those shows are dominating the charts is no major surprise. Overall on the Australian charts, Cobra Kai came in with a 57.7 point difference from the market average this week, while The Mandalorian came in at 40.9. Both shows far outstrip third place Attack on Titan with 26.6.

Staying in galaxies far, far away, the animated series Star Wars: The Clone Wars joined the top ten Australian digital originals this week. The vacancy was created by Netflix’s Star Trek: Discovery, which fell out of the top ten entirely after coming in at third last week. Trekkers have no need to worry, however. Star Trek: Discovery has kept its eighth place in the overall charts.

WandaVision continues to climb the charts this week, moving from fourth to third place on the digital original charts and holding ninth overall. The series is something quite different for Marvel Studios, and the gamble has paid off for them. WandaVision is the first Marvel show to be released on Disney+ for the year, but The Falcon and the Winter Soldier, Loki, and Ms. Marvel are all shows to watch out for when they’re released later this year. 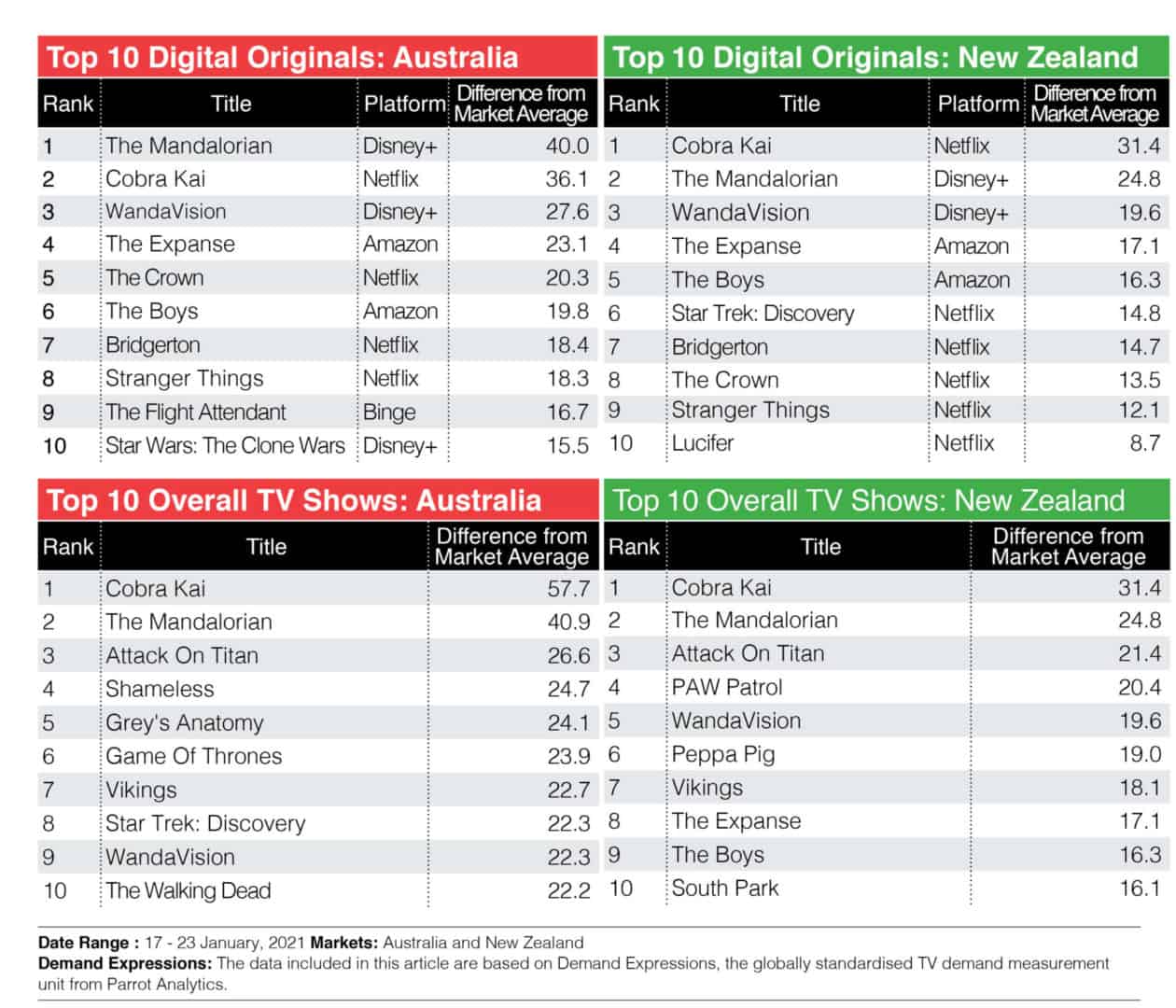