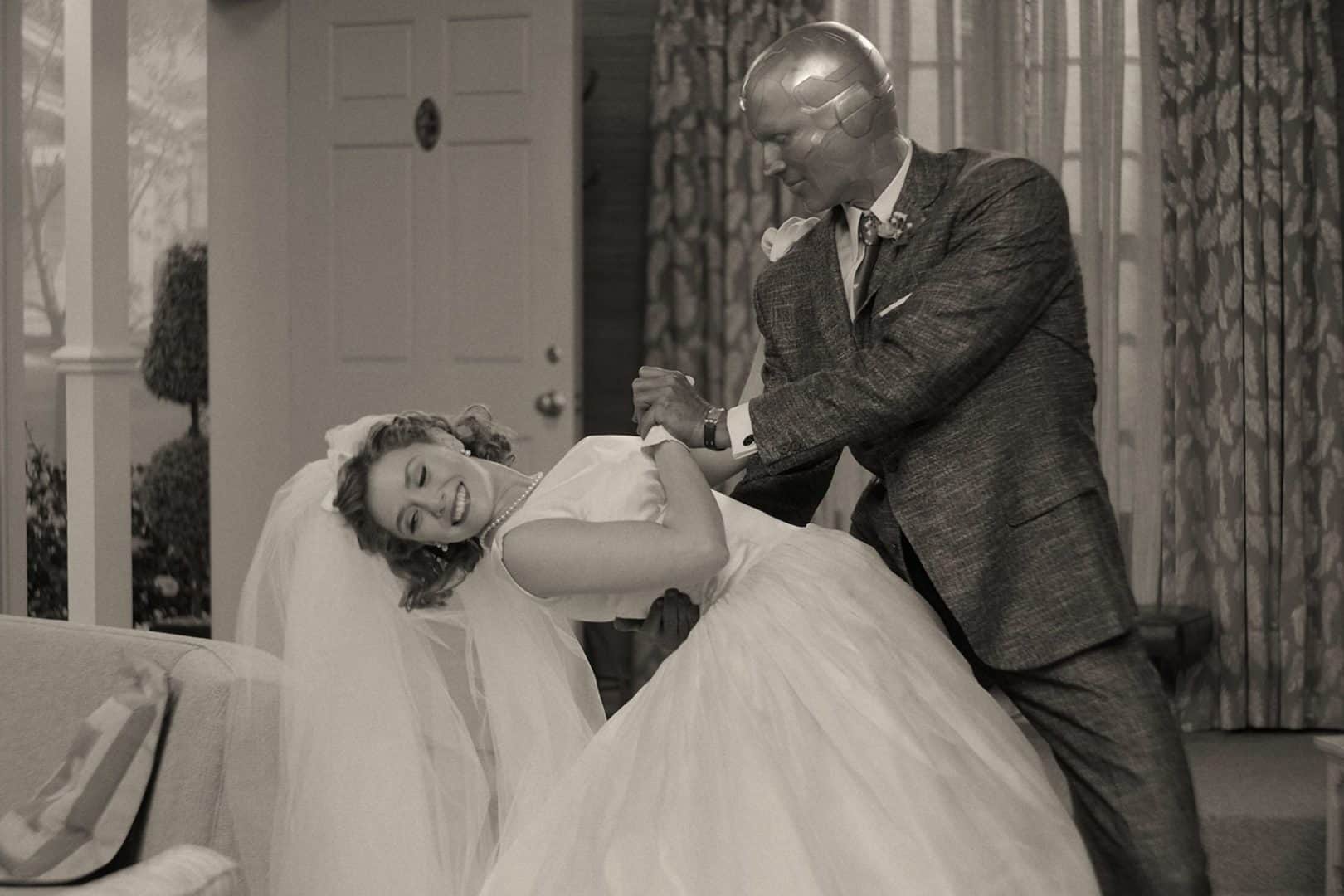 WandaVision continues to top the charts this week. Due to the show’s week by week release of episodes, it was a slow start for the Marvel show, but with five of the nine episodes currently available, it’s shot to the top of the charts.

With four more episodes left to release, WandaVision seems like it’ll stay comfortably in the top spot for the foreseeable future.

Fellow Disney+ show The Mandalorian is still running strong at number two on the overall charts, despite it being almost four months since the release of the show’s highly anticipated second season. Its popularity has earned it a third season, which has been confirmed and is currently in pre-production. Next in line for Star Wars fans, however, is The Book of Boba Fett which is due for release on Disney+ in December this year.

Over in New Zealand however, The Mandalorian has been bumped down to third position by Attack On Titan. With the manga that Attack On Titan is based on set to end in April this year, there may not be too many more seasons left for the anime.

Perpetual favourite Brooklyn 99 made it into the overall Australian charts as well this week, coming in at number seven. Saturday Night Live also snuck into the tenth position, boosted by their super bowl half time sketch. 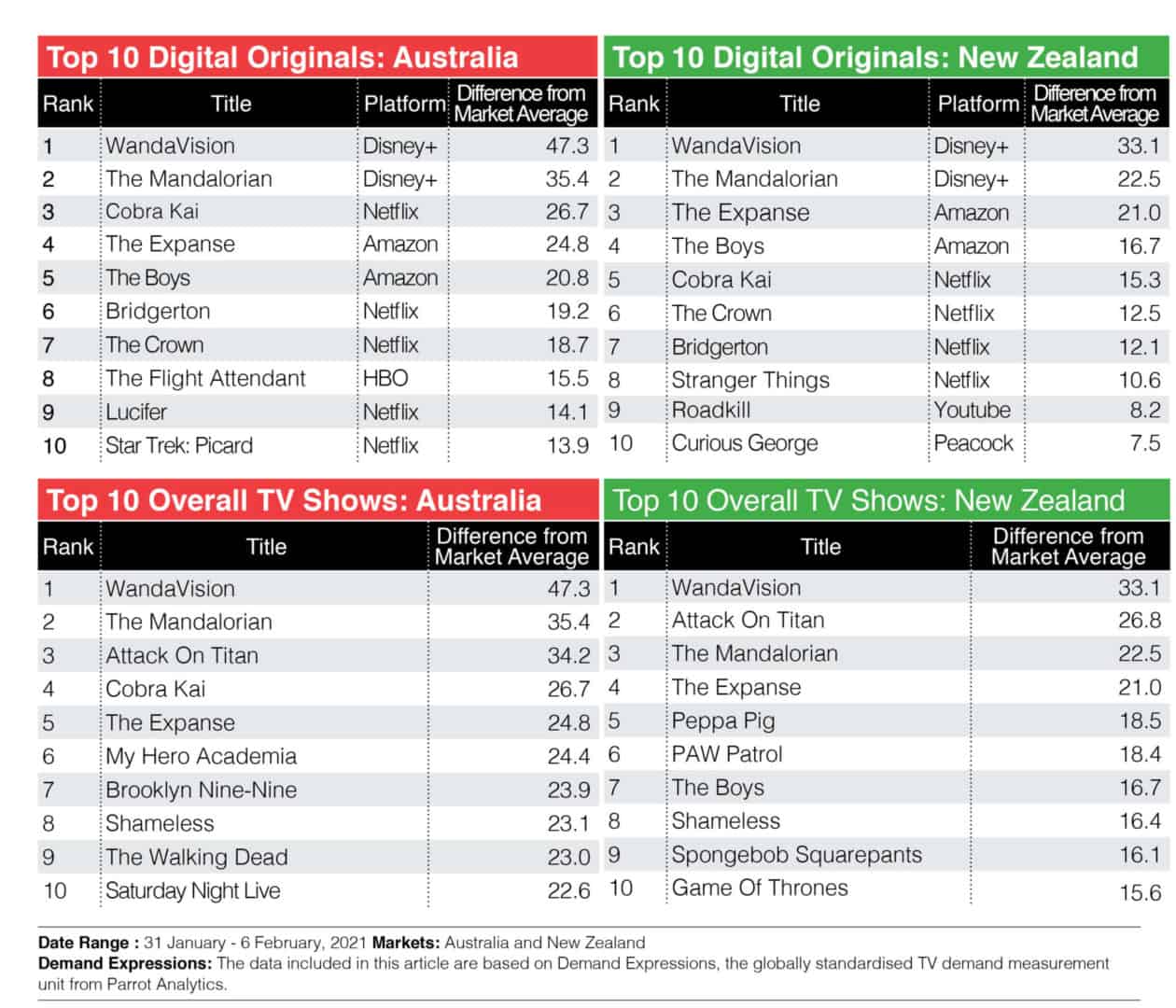