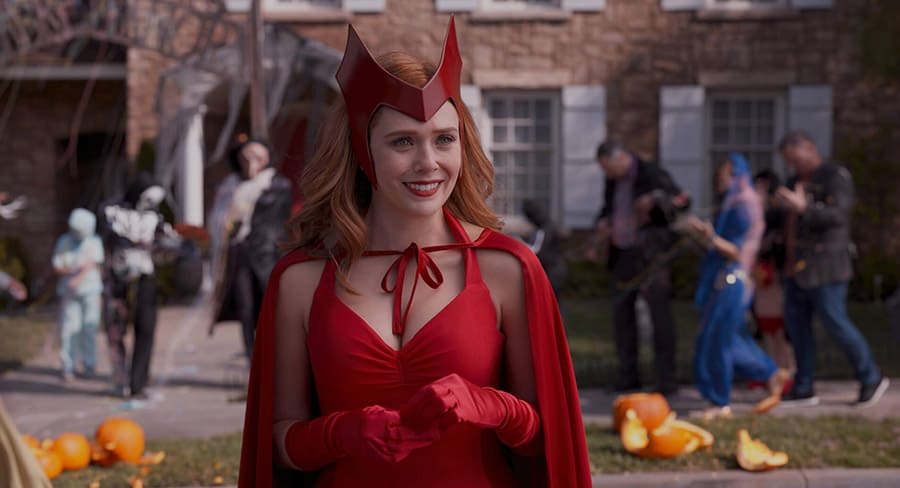 • WandaVision sits at 51.8 points above market average this week

Unsurprisingly, WandaVision continues to enjoy its time at the top of the charts this week, placing number one on all four charts across Australia and New Zealand.

The series, which has released over half of the episodes that make up its first season now, is giving audiences more and more action by the week. It was arguably a risky move to release a series that started in the charming yet “weird” way WandaVision did, and hope that people will stick with it long enough to see the story unfold, but it’s a move that has paid off handsomely for Marvel. With The Falcon and the Winter Soldier to be released on March 19, Loki to be released in May, and Ms. Marvel scheduled for release in late 2021, it’s a good sign of things to come for Marvel and Disney+.

At 51.8 points above market average this week on the Australian overall charts, no other show is currently coming close to WandaVision.

The Mandalorian is still holding on to its second place position, despite the season finale of the most recent season airing in December of last year. Whilst the pre-production of a third season may have helped keep The Mandalorian at the pointy end of the charts, it’s also a testament to the immense popularity and staying power of the Star Wars franchise.

Star Wars: The Clone Wars took the tenth spot on the Australian digital originals list this week, in another win for Disney+. The next addition to the Star Wars universe, The Book of Boba Fett, is due for release in December this year. 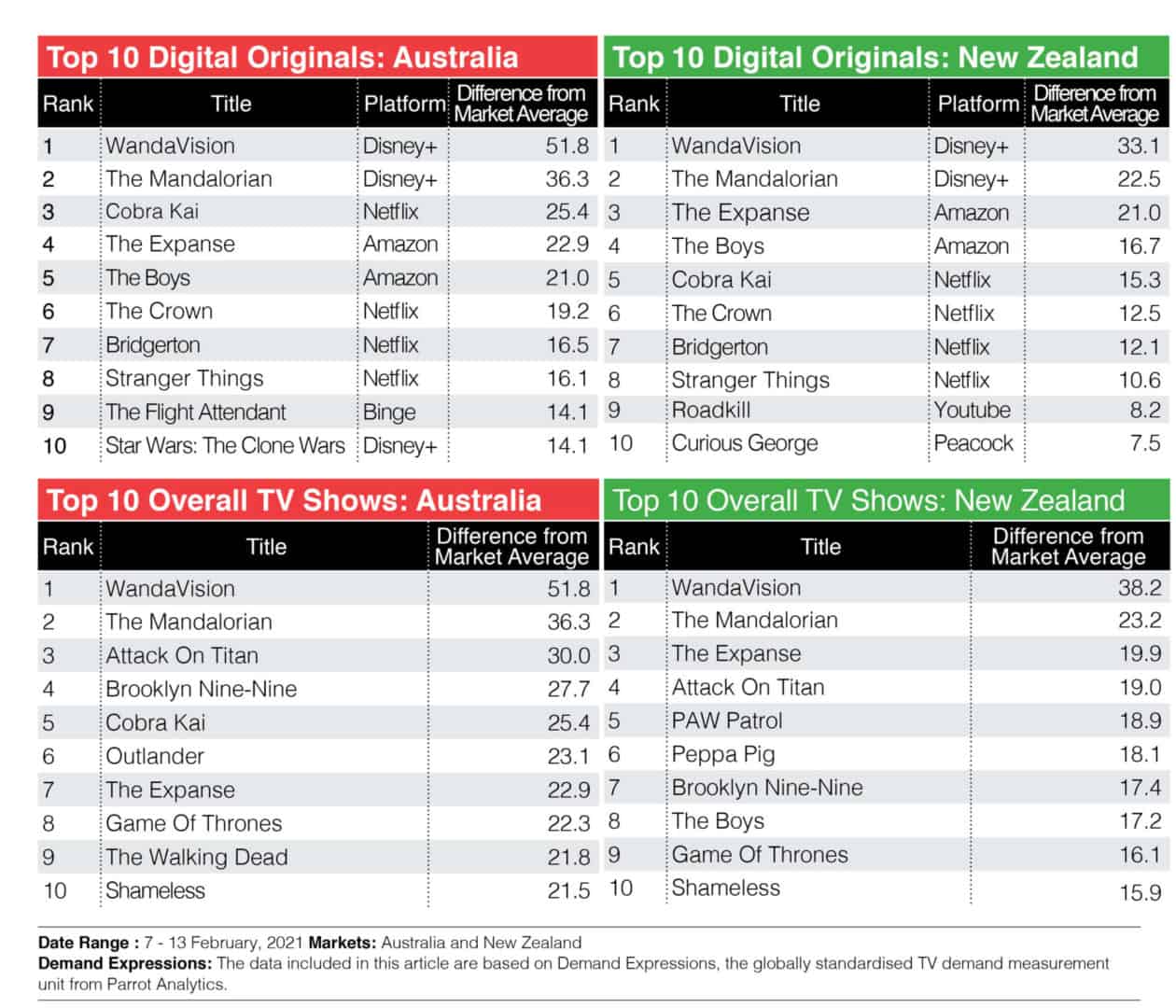