The Mandalorian will closeout 2019 as the #1 TV Demand show in Australia and New Zeland as it spends its sixth straight week on top of the charts. With its season finale having aired after an eight-week run, the show might slowly begin its descent from the top of the charts similar to Game of Thrones, or it could linger on top for the foreseeable future like Stranger Things which lasted over 20 weeks after airing its third season.

We might already know the next show to take the throne on top of the charts in The Witcher, which has raced up the charts to sit in second place after the first TV demand period since the show released its first season on Netflix on December 20.

A fresh face to the TV Demand chart is Apple TV+’s Truth Be Told which is centred on a true-crime podcaster who investigates the case of a convicted killer she incriminated after he murdered the father of identical twins. The show was released on the fledgling platform on November 26, and is based on the book Are You Sleeping by Kathleen Barber.

Another new entry is Lost in Space which has scraped into the NZ charts after premiering its second season on December 24. The latest version of the original 1965 TV series based on the novel The Swiss Family Robinson is the first rendition of the famed series since the 1998 film, not counting the failed 2004 TV pilot for The Robinsons: Lost in Space which was ultimately not picked up. The Netflix version of the famed adventure is set in a world with humanity on the brink of extinction and the Robinson family is selected for a mission carrying selected families to colonise the Alpha Centauri star system. However, when they are forced to evacuate scores of colonists crash on a nearby habitable planet and they must search for a way back to the mothership. 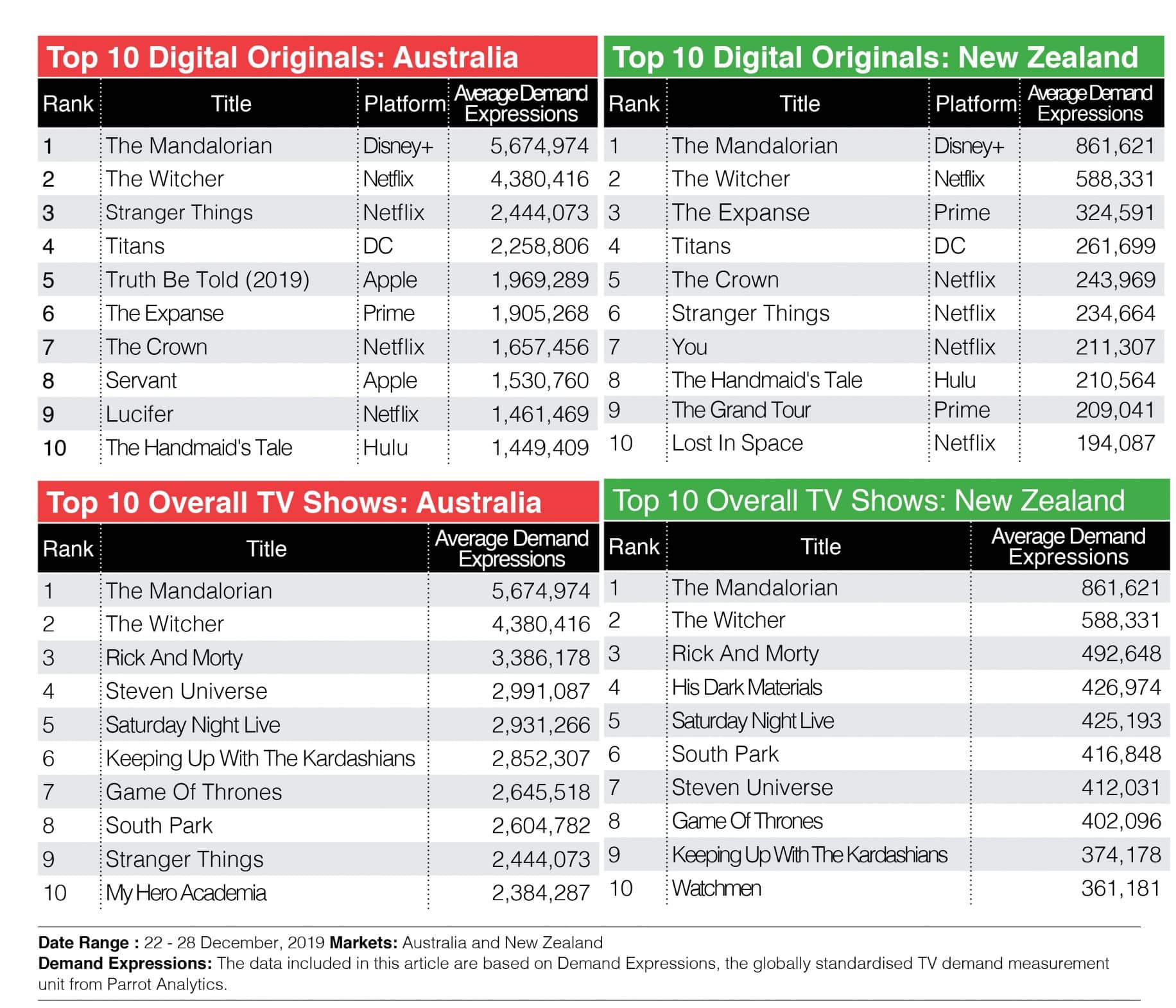