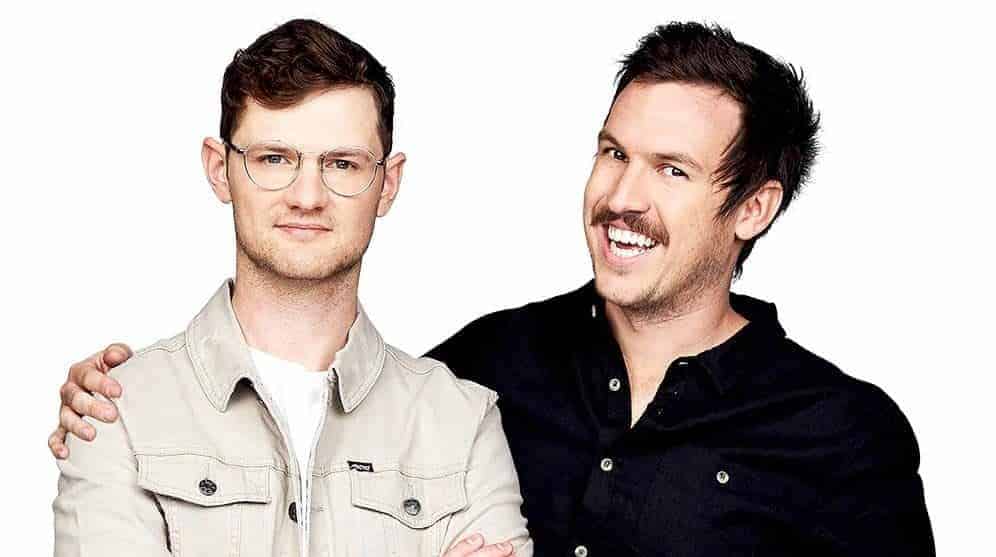 The summer holidays are ending early for former Triple J breakfast hosts Ben and Liam. After signing with Nova late last year to take over Adelaide breakfast, the two hosts will start their new show next week.

The duo will start their new show formally two weeks before official radio ratings start for 2020 on January 20. The show will run for four hours on weekdays from 6am.

Ben and Liam said, “We’re that keen to get on air. We’ve had two months off and I’d love to say we were doing something cool too like skiing in the French alps or cage fighting in Brazil unfortunately, we’ve just been couch potatoes at each other’s houses. We’ll thank ourselves in a few months though. We’re just resting up for a massive 2020. The team at Nova are so passionate and motivated and we can’t wait to wake up with Adelaide and get back to what we know and love, radio.”

News journalist Taylee Jones – quirky, with a wicked sense of humour, Jones has spent the last four years with Nova as News Journalist

Imaging Producer Lachlan Copeland – having joined Nova Entertainment from SCA in Brisbane, Copeland is one of the top emerging talents in imaging and based on his previous experience, will be an important contributor to Nova’s new breakfast show

The Nova Adelaide studios have been upgraded with state of the art video equipment ahead of the launch of the new show.

Ben Latimer, Nova Entertainment’s head of programming Nova 919 said, “We first met Ben & Liam when they were working in community radio, we stayed in touch and followed their career progress. When the Adelaide breakfast slot became available, it was the perfect opportunity for us to bring the boys back home.

“We know Nova listeners are going to love them – they are local boys and a great Adelaide radio success story. Ben & Liam eat, sleep and breathe radio. They are both brilliant broadcasters, and we are proud and excited to finally be working together,” he said.

Ben Harvey and Liam Stapleton have carved out successful radio careers since meeting at Fresh 92.7 Adelaide community radio station. Liam earnt his stripes at Salisbury community station 5PBA-FM, before teaming up with Ben at Fresh FM. The announcers and comedians hosted Fresh’s breakfast show for three years before moving to Sydney in 2017 to take over from Matt Okine and Alex Dyson as hosts of Triple J’s national breakfast show. In 2018 Ben & Liam were announced as Radio Hosts of the Year at The Industry Observer Awards and now the boys will return home to Adelaide to host Nova 919’s breakfast show in 2020.

The launch of Ben & Liam as Nova 919’s new breakfast show will be supported by a comprehensive marketing campaign across free to air television, out of home (OOH), print, an array of digital display and online video, socials and cinema from 6 January. Ben & Liam will also feature in a new Love Nova TVC campaign alongside Nova’s drive team Kate, Tim & Marty, and some of the world’s biggest music artists including Miley Cyrus, Black Eyed Peas, Amy Shark and Guy Sebastian.