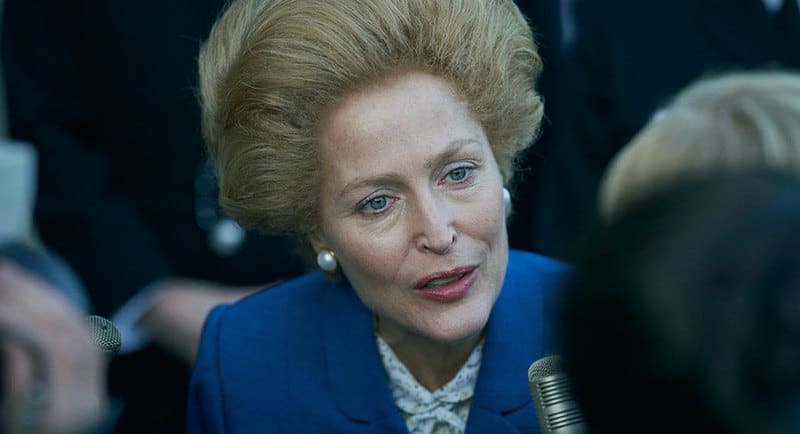 The Mandalorian has a 44.7 difference from market average in Australia and 28.8 in New Zealand

The Mandalorian continues to dominate the TV demand charts amidst the release of the show’s second season. The Disney+ series has never left the top 3 of the TV Demand chart in the last 12 months and the weekly release of new episodes has seen it surge ahead with a huge lead in both the Digital Originals and Overall TV charts in Australia and New Zealand. The show has a 44.7 difference from market average in Australia and 28.8 in New Zealand with no other show coming relatively close.

One series that has begun to move up the charts again is The Crown, which the show’s fourth season released on November 15 one day after the TV demand data was collected. The Netflix drama has already begun to show forward momentum on the charts and this trend can be expected to continue in the coming weeks.

The season covers Margaret Thatcher‘s time as prime minister and features Prince Charles‘s marriage to Lady Diana along with the births of Princes William and Harry. Other events depicted include Charles and Diana’s 1983 tour of Australia and New Zealand, the Falklands War, Michael Fagan’s break-in at Buckingham Palace, Lord Mountbatten’s funeral, and the Princess of Wales’s appearance at the Barnardo’s Champion Children Awards. 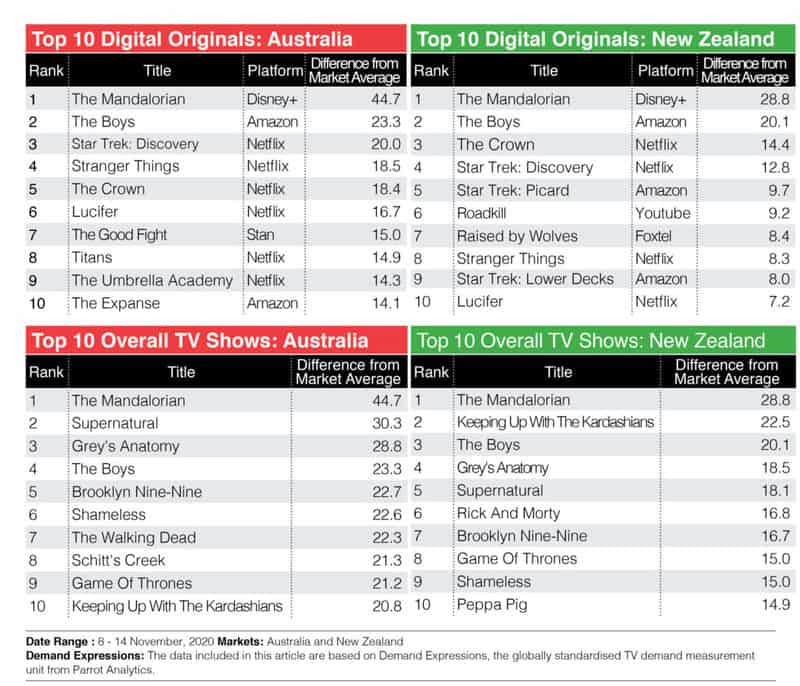