The Mandalorian has made it 16 weeks on top of the TV Demand charts in both Australia and New Zealand with 23 weeks needed to break Stranger Things 2019 record for most consecutive weeks on top in Australia. Although it was a close shave this week as Doctor Who came very close to knocking off its fellow sci-fi hit on the Overall TV chart in Australia.

The two big additions this week are on the Australian Overall TV charts with Grey’s Anatomy entering at number #4 and Married at First Sight coming in at #6 and it is the first Australian content to make the charts this year.

Grey’s Anatomy is in the midst of its gobsmacking 16th season which kicked off on September 26, 2019. The series has three remaining original cast members in Chandra Wilson, James Pickens Jr., and Ellen Pompeo who plays the titular Meredith Grey. The show has already been renewed for a 17th season to most likely air later this year.

For the first time this year, there is a bit of Australian culture on the TV Demand charts with Married at First Sight making its way onto the charts. The show is based on the Danish program of the same name which features couples getting matched by experts and being married without ever meeting.

It’s not just the TV Demand charts where the show has done well with it also excelling at traditional metrics with metro TV audiences regularly over the 1 million mark. The show has featured its fair share of antics this year with cheating, returning brides, dirty toothbrushes, and stuffed toys causing drama between the couples. After being the most-watched show of 2019 it is well on its way of repeating that feat as well as following it up with success on the TV Demand charts. 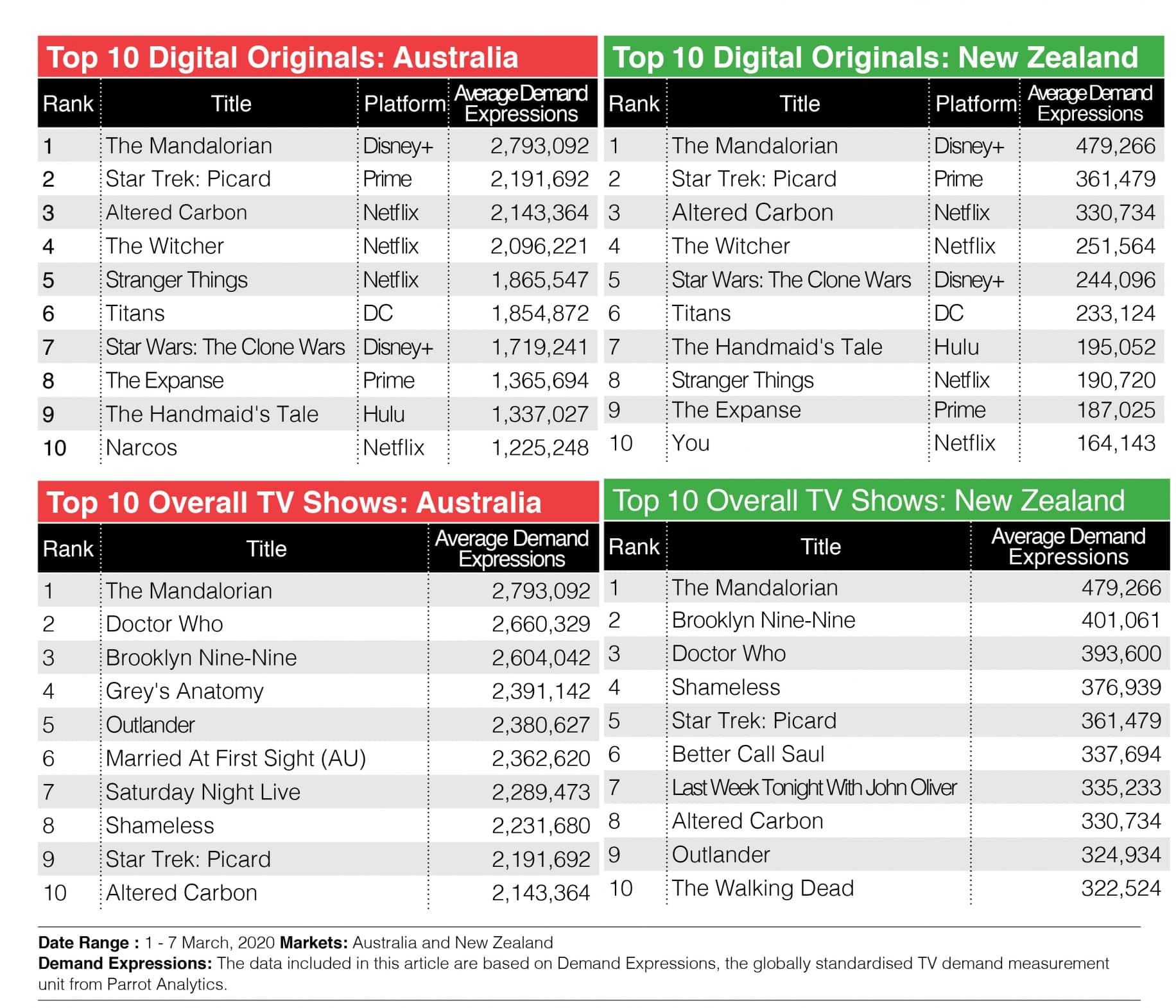